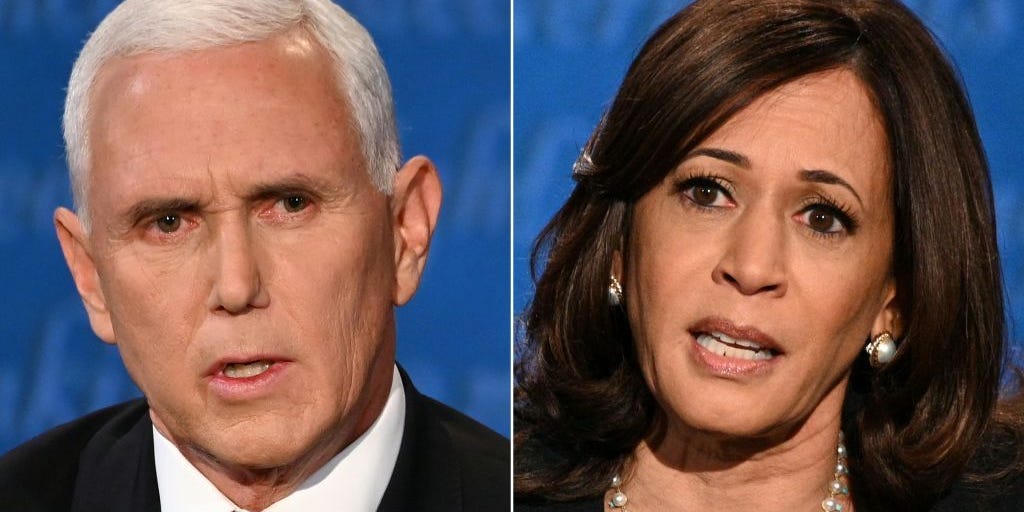 Vice President Mike Pence and Sen. Kamala Harris both dodged a question Wednesday asking what they would do in the event that their respective presidential candidate is unable to serve.

Pence and Harris met on the debate stage with plexiglass barriers between them in the first vice presidential debate on Wednesday.

President Donald Trump, 74, and Democratic presidential candidate Joe Biden, 77, would respectively make history if either won the election for being the oldest elected president in US history.

When asked if procedures were set in place, especially in light of Trump’s recent COVID-19 diagnosis, Pence instead diverted to respond to Harris’ previous statements saying she would accept a vaccine approved by scientists and doctors, but not one approved by Trump.

He accused the senator of undermining public confidence, saying such a move was “unconscionable.”

When posed the same question regarding what she would do in the event that Biden is unable to serve as president, Harris did not specifically address any plans or procedures, instead, she described her life story and career in becoming the first woman of color to serve as California’s attorney general.

She also detailed how Biden approached her to be his running mate in as the first Black woman and South Asian-American to appear on a major national ticket.

“I think Joe has asked me to serve with him because he knows that we share, we share a purpose which is about lifting up the American people and after the four years we’ve seen of Donald Trump, unifying our country around our common values and principles,” Harris said.

Pence replied to Harris’ answer by congratulating her “on the historic nature of your nomination,” and Page moved on to the next question concerning transparency with the American people on the sitting president’s health status.

Up for superhuman hearing? Check out Google X ...