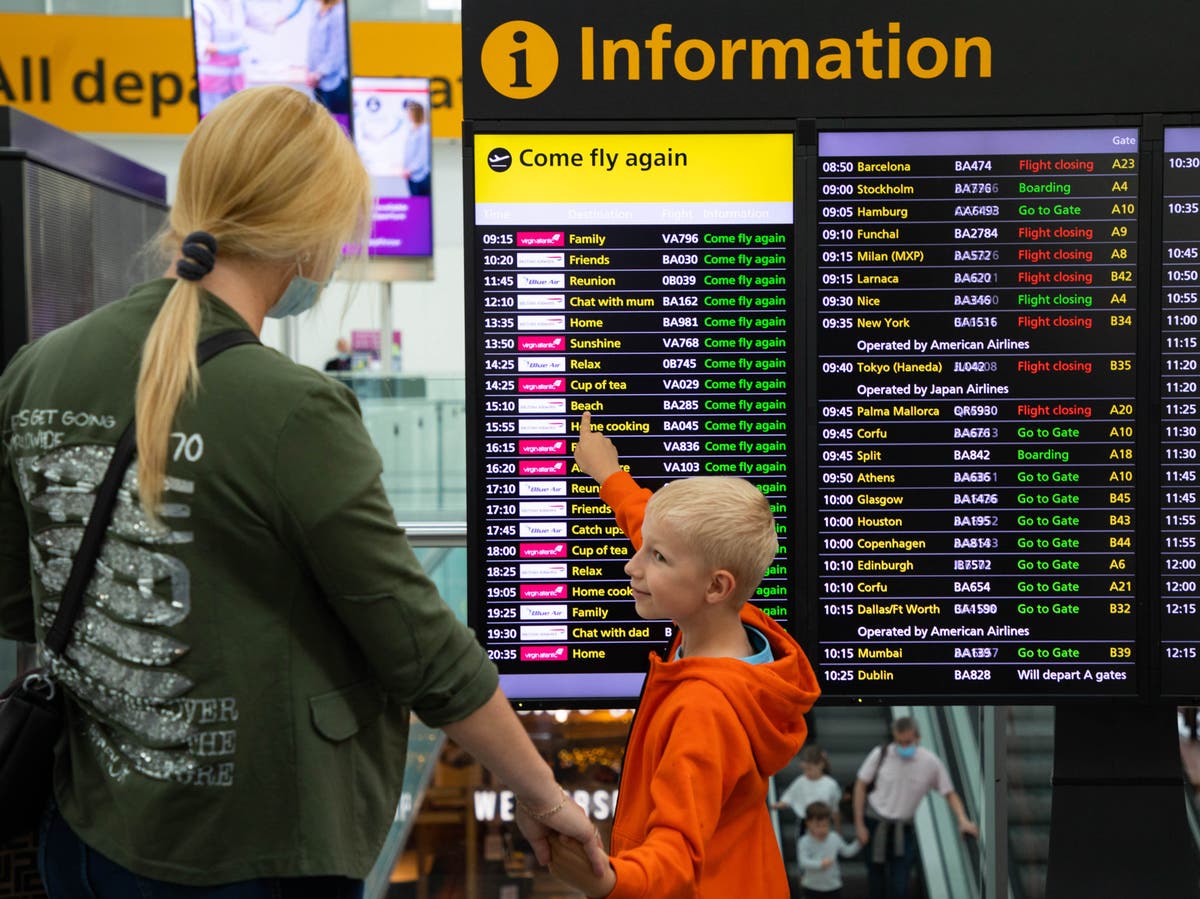 Boris Johnson’s government has denied claims that the crucial system for assessing Covid travel rules has been left “rudderless” after the head of the Joint Biosecurity Centre (JBC) left her post.

The development comes as the government faced accusations the system for international travel is in “chaos” after proposals for a new amber watchlist category were dropped.

It emerged on Tuesday that Dr Clare Gardiner has left her role as director general of the JBC – the crucial data body which advises ministers on restrictions – without any successor in place.

Education minister Gillian Keegan confirmed that Dr Gardiner had left her role as JBC chief following reports that her details were removed from the government website in mid-June.

Ms Keegan rejected the idea the JBC had been left rudderless by Dr Gardiner’s departure because “there’s still a team of experts” who are “looking at the data and giving their analysis based on that”.

Asked on LBC to confirm if Dr Gardiner has resigned, Ms Keegan said “yes I believe that she has” – before saying the JBC would be looking for a new leader.

She added: “I mean I don’t have any responsibility for that area, but you know, all of these things – there is a group of experts who are basically there that are looking at data, analysing data and then giving advice to the government, and so I guess they will be looking for a new chair.”

Labour said it was “reckless” to have the crucial advisory body without a leader at a crucial time for deciding on travel rules. The Lib Dems, meanwhile, urged for the government to “step in and appoint a head to the currently rudderless Joint Biosecurity Centre”.

Liz Kendall, shadow health minister, said: “This critical post is vacant at a time when the JBC advice is more important than ever. The government has left this crucial body without a captain as we continue to sail through a storm. Ministers’ handling of the pandemic continues to be as reckless as ever.”

Sarah Olney, transport spokeswoman for the Lib Dems, said: “Travel chaos is running rife at the moment and the government must get a grip … It is shameful that such a vital institution has been without leadership on the government’s watch.”

The JBC was heavily criticised after the government decided to act on its concerns about the prevalence of the Beta variant in France and move the country into specially created “amber-plus” category – which still required arrivals to quarantine for 10 days.

Tim White, an independent data analyst, told The Independent: “The government will not admit that it made a mistake on France, but the number of Beta variant cases in France was very low. It’s bound to come off the amber plus list this week.”

The government has ditched a proposal to introduce a new, amber watchlist category to the traffic light system – with Boris Johnson making clear he wanted the rules to remain as “simple as possible”.

Following a backlash by Tory backbenchers, opposition MPs and the travel industry, government sources confirmed there would be no amber watchlist. Some members of cabinet are also believed to have shared their alarm at the idea of adding complexity to the rules.

Although ministers won’t decide on changes to the travel lists until Thursday, Labour urged ministers on Tuesday to come forward to confirm the idea of an amber watchlist was dead.

“What we need to see by the end of the day is senior government ministers … coming out and being crystal clear with the country about what the travel arrangements are,” said Labour frontbencher Wes Streeting.

Travel expert Paul Charles, director of The PC Agency consultancy, said he expected further changes to the rules – claiming “high level” sources had told him the “amber plus” and “green watchlist” categories would also be dropped.

Some Tory MPs have joined travel industry bosses in calling for the amber category to be scrapped altogether. More than 300 travel firms have written to Mr Johnson to say there should only be a red category, advising passengers whether or not a country is safe for travel.