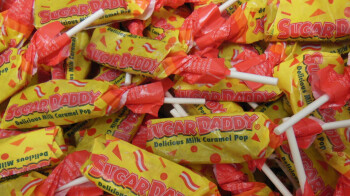 More precisely, Google is banning apps that focus on compensated sexual relationships (AKA sugar dating). Sugar dating is typically when a young female in need of financial assistance agrees to a sexual relationship with a much older wealthy gentleman. Both get their backs scratched so to speak.

Some of the sugar dating apps have garnered well over one million installations. One, called Spoil: Sugar Daddy Dating for Secret Arrangement, even defines the category in its Play Store listing when it says “here you can find other wealthy sugar daddies who are looking for a discreet arrangement, and you can also meet other attractive girls who are looking for generous men. Our mission is to help you find the mutual benefits relationship.”

If you need a little cash to tide you over until pay day, there are apps that will do this, but on September 15th, the definition of what the total cost of a loan is will be clarified and all personal loan apps must be rightfully tagged as such in the Play Store under the Finance category. Also, in India and Indonesia, on that date personal loan apps in those countries will have to meet new requirements.

As a tribute to the late Ron Popeil, the infomercial pioneer who passed today, “Wait! There’s more.” On September 29th, Google will seek to stop the use of spam text and graphics in app titles, icons, and developer names by updating the Store listing and promotion policy.

On October 4th, Google will be updating its Ads policies  especially when it comes to the use of Android advertising ID. This ID tracks Android users as they browse the internet and open apps. Armed with this data, targeted ads can be sent to consumers. As Google says, “When a user deletes the Android advertising ID on a newer device, the advertising identifier will be removed and replaced with a string of zeros.”

Once the advertising ID is set on a string of zeroes, that particular device can no longer be tracked and targeted ads become a thing of the past. This is similar to Apple’s App Tracking Transparency (ATT) feature which allows iOS users to opt-out of being tracked for the purpose of being sent tracked ads.

Google also plans on adding new examples and clarifications to some of its policies including an update of its ad promotion policies with more examples of prohibited ads and promotions to entice users to download a particular app.

Apple has constantly promoted how the iPhone doesn’t sell its customers and it uses Privacy as a mantra. This is because Apple makes its bread selling devices like the iPhone and accessories for these devices. Google, on the other hand, is an advertising company that makes money serving up ads to consumers.