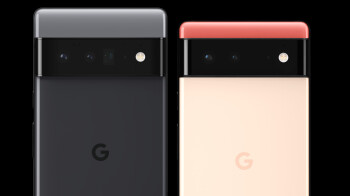 Google‘s Rick Osterloh, SVP Devices & Services, sat down for a recent interview with the German language Der Spiegel magazine, and divulged the last remaining secret around the upcoming Google Pixel 6 and Pixel 6 Pro superphones – their price.

By now, we have the following list of Google Pixel 6 and Pixel 6 Pro specs based on both rumors, and their official teaser:

As you can see, this time around Google is not skimping on hardware and has thrown in the kitchen sink of modern phone components. What does that mean? Well, the Pixel 6 line can’t be cheap, and that’s exactly what Rick Osterloh has confirmed.

We ran Spiegel’s interview by a native German speaker, and, unfortunately, the exact meaning of Mr Osterloh words are that Google will try and pierce the flagship phone segment with the “expensive” Pixel 6 Pro, while the Pixel 6 will also be priced in the “upper segment.”

We weren’t represented in the smartphone flagship segment for the past two years – and not really before that either. But the Pixel 6 Pro, which will be expensive, was designed specifically for users who want the latest technology. This is an important new approach for us and we believe it will help us be attractive in new market segments. But the Pixel 6 also belongs in the upper segment and can keep up with competing products. I would call it a “mainstream premium product”.

Thus, given that the Galaxy S21 Ultra starts from $1199, while the iPhone 13 Pro Max is at least $1099 without a periscope zoom camera or high refresh rate display, we can reasonably expect that the Google Pixel 6 Pro will cost north of a grand, too.

After all, the most expensive Pixel so far have been the Pixel 4 XL and Pixel 3 XL, and those puppies did cost $999 without packing much to stand against the best Android flagships in their respective years of release.

The “we weren’t represented in the smartphone flagship segment for the past two years – and not really before that either” sentence, in particular, should raise the hair on the neck of anyone who intends to buy the Pixel 6 Pro. If Google considers the Pixel 6 Pro to be its first true flagship, it will price it accordingly.

On top of that, those periscope cameras are one of the most expensive components you can currently put in a phone, so Google will try to squeeze at least some margin out of its “first flagship phone,” so we wouldn’t be surprised if the Pixel 6 Pro is equal with the Galaxy S21 Ultra.
As for the Pixel 6, Google’s price could again mimic the “upper segment” of Apple and Samsung in the US, like the Galaxy S21+, or the iPhone 12 Pro, both of which blast off at $999. Even if the Pixel 6 is a Benjamin less to expand market share, it will still be a pretty pricey handset for its class.