November officially marks the end of the line for the Google Pixel 2 and 2 XL, as security updates for both phones have halted. The devices are still functional, and you can switch to custom ROMs like LineageOS to keep the security fixes coming, but the hardware is starting to age as well.

This is a strange year for phone releases, especially from Google. Owners of the Pixel 2 have three Pixel phones to choose from, if they want to stick to Google-made phones, and figuring out how they all stack up is a bit complicated. Thankfully, we’re here to do all the hard work.

The Pixel 3 and 4 series would both be upgrades for any Pixel 2 owner, but considering both phones only have 1 and 2 years of security updates left, respectively, it’s probably a better idea to stick to newer devices. Google released three phones this year: the excellent budget Pixel 4a, the even-better Pixel 4a 5G, and the slightly-okay Pixel 5.

Assuming you want to stay in the Pixel lineup, and you want the typical high-end phone features, the main choice is between the Pixel 4a 5G and Pixel 5. Both phones are undeniable upgrades from the Pixel 2, but you’ll have to decide which features are most important to you.

Compared to the Pixel 2 and 2 XL, the Pixel 4a 5G and 5 have more RAM, the same amount of storage (or more, if you have a 64GB Pixel 2), an additional wide-angle camera, and 5G support. The Snapdragon 765G in both phones should be about as fast in real-world usage as the Snapdragon 835 chipset in the Pixel 2, and the extra RAM and faster storage will also help performance.

It’s also important to consider the screens. The Pixel 2 had a 5-inch display, while the XL model had a 6-inch panel. The Pixel 4a 5G has a larger screen (6.2″) than both phones, while the Pixel 5 (6.0″) is only larger than the base Pixel 2. If a large display is a priority, the Pixel 4a 5G might be the best candidate.

Since smartphone manufacturers still think paying more for phones means you shouldn’t have a headphone jack, only the cheaper Pixel 4a 5G has a 3.5mm audio connector. The Pixel 2 was the first Google phone to drop the connector, so you won’t lose anything jumping to the jack-less Pixel 5, but you would get the port pack with the 4a 5G. 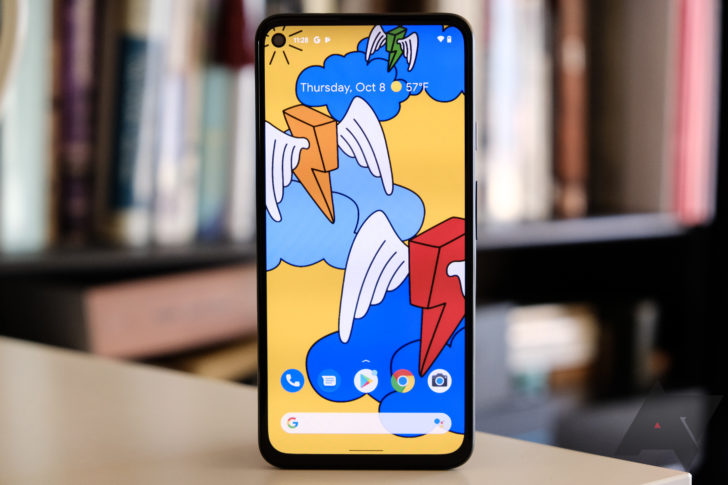 Wireless charging and water protection are also factors to consider. The Pixel 2 was Google’s first water-resistant device, but it only had an IP67 rating, so it couldn’t last more than a few minutes submerged in water. The Pixel 5 has a higher IP68 rating, meaning it can stay underwater (up to 1.5 meters) for up to 30 minutes. However, the Pixel 4a 5G has no official water resistance, which is one of the few ways it’s a downgrade from the Pixel 2. Meanwhile, the Pixel 5 supports wireless charging — something the Pixel 2 and 4a 5G both lack.

The Pixel 4a 5G is the better value of the two phones, by most accounts, since it has much of the same hardware and features as the Pixel 5 for $200 less. The Pixel 5 does have a smoother 90Hz screen, and the added bonuses of water resistance and wireless charging are nice to have, but the $700 price puts it in competition with the Galaxy S20 FE and other phones.

Google’s phones don’t exist in a vacuum — there are plenty of other choices for a Pixel 2 upgrade. Nokia-branded phones from HMD Global available if you want to stick close to stock Android, but nothing the company produces right now is as good of a value as Google’s current Pixels. Also, few (if any) of Nokia’s Android phones receive the same three years of OS updates as Pixels. Asus also doesn’t stray too far from stock Android, but the company is really bad at updates, and most of its phones don’t work on all U.S. networks.

Samsung recently committed to three years of OS updates across most of its Android devices, though some models could get updates past that period — the Galaxy S8 is nearly four years old, but it is still receiving (infrequent) security patches.

If you’re looking for specific recommendations, we have a list of the best Android phones you can check out.

On the Run confirms release date in new traile...