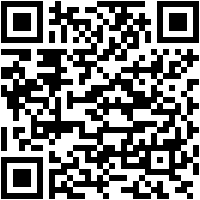 As part of the I/O festivities, Google has just announced its plans to make Android phones into Android TV compatible remotes. Of course, that’s already a thing, but Google wants to build this into Android itself (presumably, via Play Services), and it should make everything from setting up a new service to finding a new show to watch that much easier.

Fun fact, for those not in the know: You’ve actually been able to use your smartphone as an Android TV remote for a while, courtesy of the unimaginatively named Android TV Remote Control app.

But this is an external solution — you’ve got to seek out and download this app to use it. It’s also very dated, with an older-style UI, and it was last updated in 2017. But Google’s new plans would seem to replace the long-forgotten app.

Details are a little sparse right now (and we’ll be sure to fill out our coverage as we learn more during later I/O events), but the new remote feature will be built “directly into your Android phone” and work instantly with both Android TV and Google TV. We aren’t sure what sort of mechanism it might use for control — the existing solution works inside a Wi-Fi network, which would seem to offer universal support — but this could use something else.

The short example we have showing the new remote functionality in action just above indicates it may support multiple TVs, with a control schema similar to the existing app, allowing you to scroll around by swiping, tapping to select. Navigational controls for back and home are also present, as is an Assistant shortcut and volume controls. There is also a power toggle, which constitutes an upgrade over the existing app. When entering a text field, your phone can serve as a keyboard — miles more efficient than tapping in a password tediously via D-pad and on-screen keyboard, as some poorly designed apps force you to.

Given the built-in nature of the feature, we have to assume it’s being bundled into Play Services, which should mean it will be available on some older devices as well, though we don’t yet know what sort of requirements it might have.

I’ve long held that dedicated remotes are anachronistic and technologically regressive, with things like voice controls in our homes and smartphones in our pockets. It’s a very unpopular opinion, but I’m glad to see Google rolling out tools that further cater to the attitude. The fewer remotes that exist in the world, the better.

The feature will roll out “later this year.”

Here's how happy you are with your current pho...