Home > Business > ‘Goldilocks’ funds? Midcap ETFs may be about to have their moment

‘Goldilocks’ funds? Midcap ETFs may be about to have their moment 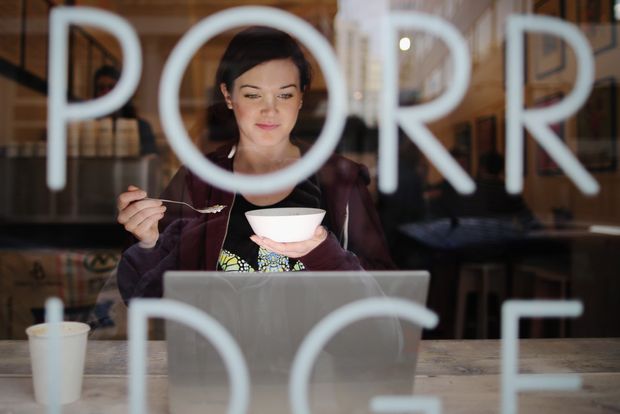 Some stocks are behemoths, and even the likes of Apple
AAPL,
,
Amazon
AMZN,
,
and Netflix
NFLX,

can’t grow to the moon. Some are small, new, unknown, and untested – risky even in the best of times, which is not now.

The idea of a ‘Goldilocks’ approach to investing – buying stocks that are neither too large nor too small, but just right – has been around for a while, but as markets recalibrate to what may finally be a long-awaited business cycle rotation, midcap stocks, and the exchange-traded funds that hold them, might merit a second look.

“They tend to have stronger earnings growth potential than large-caps,” Rosenbluth said in an interview. “They tend to be more stable, more likely to pay dividends — and higher dividends– and they’re more likely to have established balance sheets and business models than small-caps.”

There were approximately 50 U.S.-listed midcap ETFs, according to CFRA First Bridge data, with nearly $200 billion in assets as of the end of October, and there have been signs that investors may be starting to warm to the argument Rosenbluth outlined. In the year to date, mid- and small-cap ETFs from BlackRock’s iShares lineup have badly lagged its corresponding large-cap fund, CFRA data show, but in the past month, both have surged ahead.

Not every investing professional is sold on the strategy.

“They’re kind of the awkward middle child in between large and small,” said Jay Jacobs, head of research and strategy at ETF issuer Global X. “From my point of view, it seems like the sleeves dedicated to midcaps have been falling a little out of favor, in part because we’ve seen such a top-heavy market.”

That is to say, with so much investor attention focused on the massive FANMAG companies, all the other stocks in popular benchmarks, like the S&P 500
SPX,
,
may take on some of the characteristics of midcaps that have traditionally made them attractive.

“If an investor’s thesis is that heading into 2021, we’re going to have widespread distribution of a vaccine, thinking about the stocks that have underperformed and have value characteristics, you could dip deeper into those names in the S&P 500 by using an equal weight fund,” Jacobs told MarketWatch.

Jacobs points out that midcaps aren’t much cheaper than the
S&P 500 – both segments of the market have a price/earnings ratio of about
26, he said – and haven’t navigated the COVID economy as well as larger firms.
That makes the decision to buy into a midcap fund very much a bet on future
fundamentals.

Just like any category, though, midcap covers a lot of territory, Rosenbluth pointed out. For example, the iShares Core S&P Mid-Cap ETF, the category leader for assets, skews smaller – with an average market capitalization of $3.7 billion – while companies in the Vanguard Mid-Cap ETF, which is right behind it in terms of assets, have a median market cap of $19.9 billion.

But the midcap hypothesis transcends the pandemic, Rosenbluth noted. “If we are in the beginning of a cycle of economic improvement, midcap strategies should perform relatively well compared with larger companies. They’re more economically sensitive, and have faster earnings growth potential.”

Read next: ETF Wrap: The long and short of it, and ETFs are assimilating mutual funds

The Estate Tax May Change Under Biden, Affecti...

The death of Apple's Touch Bar is long overdue...