Home > Business > Gold struggles to hold above $1,800 as traders look ahead to Fed meeting

Gold struggles to hold above $1,800 as traders look ahead to Fed meeting 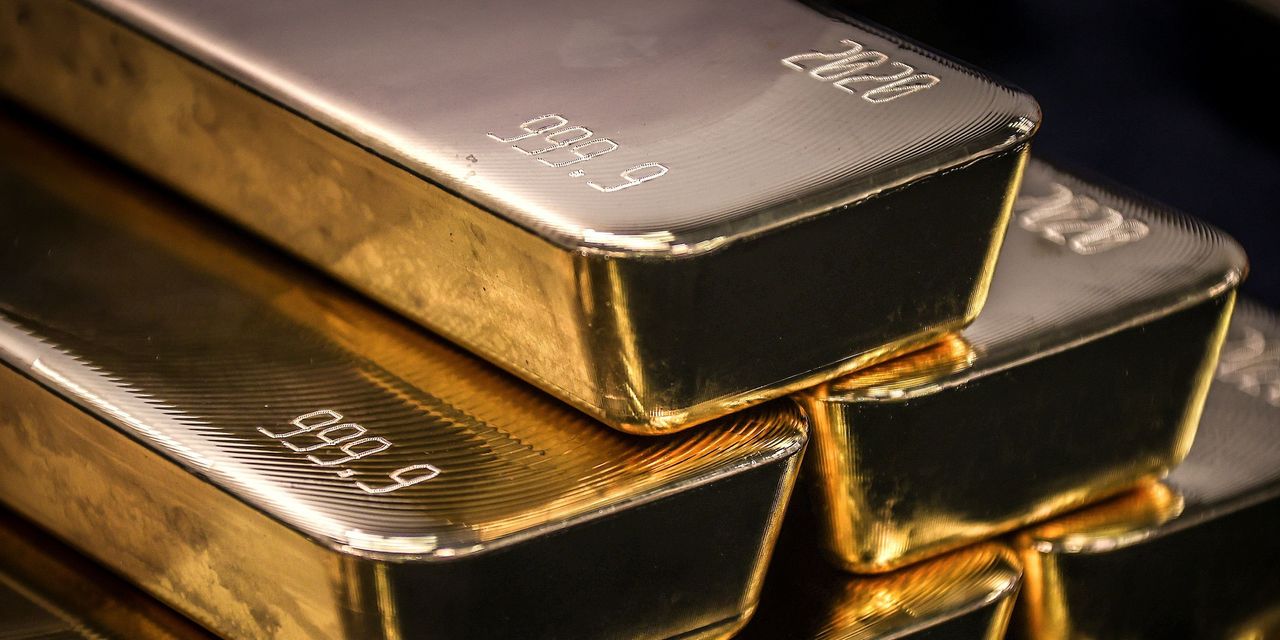 Gold futures wavered between small gains and losses on Monday holding around the key $1,800 mark, finding some support as the U.S. dollar softened, as investors prepared for this week’s meeting of Federal Reserve policy makers.

The Fed on Tuesday will begin a two-day policy meeting of its Federal Open Market Committee.

Policy makers are expected to discuss plans around eventually slowing the pace of the Fed’s monthly bond purchases.

Investors are “waiting to discover something more about the timing and the modality of stimulus tapering,” said Carlo Alberto De Casa, market analyst for Kinesis, in a note. “Any dovish news coming from [Fed Chairman] Jerome Powell and his team would be seen as positive for bullion price.”

The Fed will issue its monetary policy statement on Wednesday. Some economists, however, said that investors expecting clear answers about the crucial questions of when the tapering will start and the pace of any pull back will likely be disappointed.

Read: Fed to tiptoe toward tapering this week

The statement is likely to have an “impact on the dollar, depending on whether FOMC officials continue to move closer to earlier tightening, or instead reveal fears over the spread of the new delta variant” of the coronavirus that causes COVID-19, said Ricardo Evangelista, senior analyst at ActivTrades, in a note.

“The latter is likely to support the price of gold while the former could weaken it by propelling the dollar to new heights,” he said.

Gold prices traded as high as $1,812 in Monday dealings, supported in part by weakness in the dollar, analysts said.

The ICE U.S. Dollar Index
DXY,
,
a measure of the currency against a basket of six major rivals, was down nearly 0.4%. A weaker dollar can be supportive for commodities priced in the unit, making them less expensive to users of other currencies.

Meanwhile, looking past the FOMC meeting, everything will depend on the market assessment of interest rates and inflation, said Chintan Karnani, director of research at Insignia Consultants.

Post-FOMC, gold is likely to break past $1,900 very quickly “if there is slightest of hint that inflation will be sustained,” he said in a market update.

Among other metals traded on Comex, September copper
HGU21,