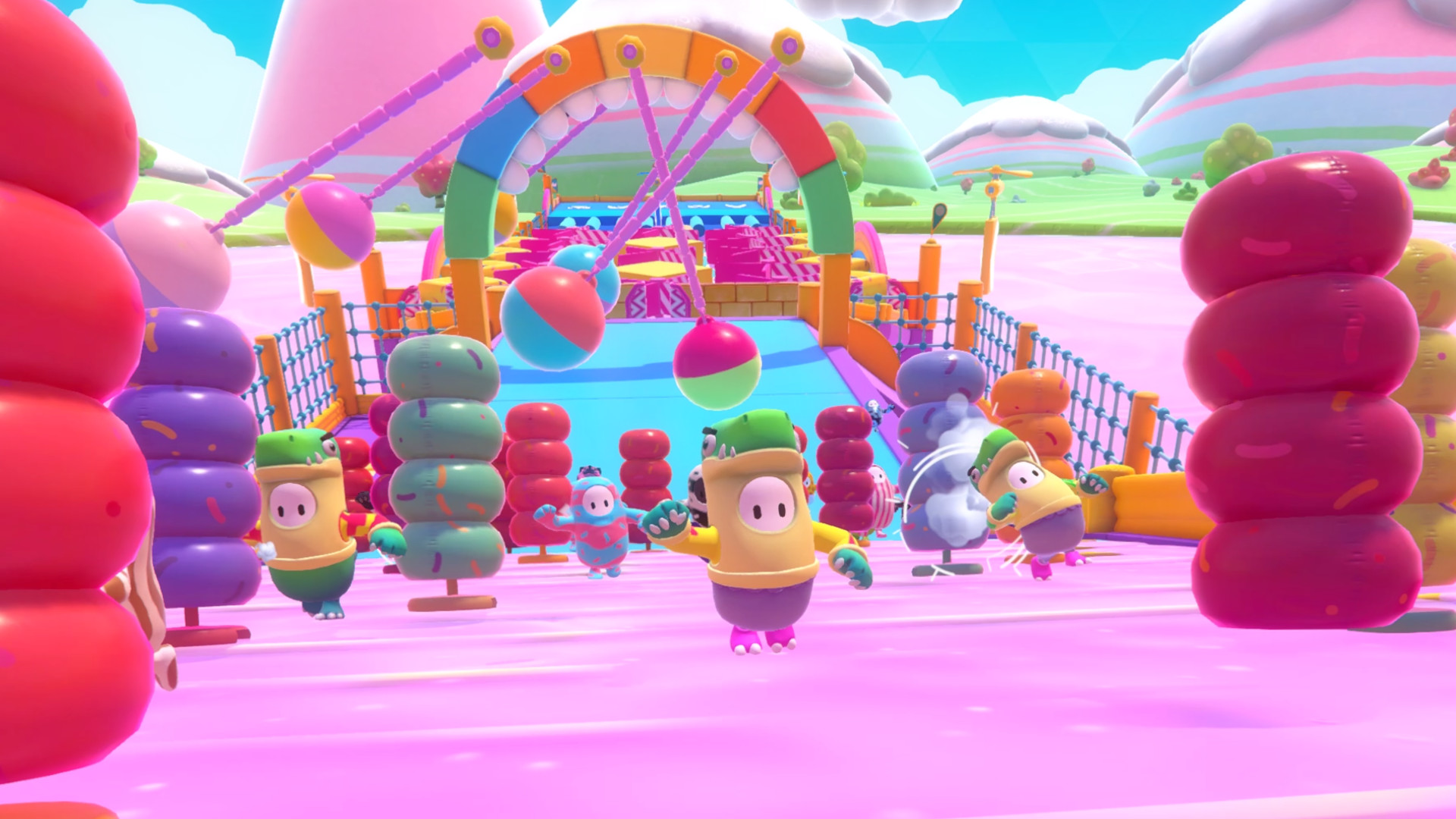 Same old! We could pre-write a news story about every somewhat anticipated online game’s launch day server issues and it’d be accurate 90 percent of the time. What’s a bit different is how the developer spun the situation. In a tweet that has been shared more than 4,000 times, Mediatonic wrote that Fall Guys was being “review-bombed on Steam.”

It was not being review bombed.

We’re currently being review-bombed on Steam… ☹️We’re working really hard to get running smoothly for SO MANY players!We know it’s super frustrating, but if you could hold off from negatively reviewing – Until you get chance to play the game, it would really help us out ♥️August 4, 2020

I looked at the ‘mixed’ Steam user reviews at around the time of that tweet, and it’s easy to see why Mediatonic would’ve felt upset by dismissive reviews like “alot of server issues atm” or “potato server.” Watching your overall Steam rating plummet due to a temporary technical problem has to be heartbreaking.

However, I read many other negative reviews from players who didn’t think the game was fun, or were put off by the presence of microtransactions after paying $20. There are some throwaway comments, but I would not characterize the majority of the negative reviews that way. And even if all of the negative reviews had been about the servers (they definitely were not), Fall Guys still wouldn’t have been experiencing a “review bomb.”

A “review bomb” is a semi-coordinated effort to tank a game’s user rating as a form of protest. It begins when a group is united by shared anger over some element of a game or something a developer said. It can develop more-or-less organically, snowballing from a few negative reviews into hundreds, but it has to be about making a group statement, not just “I tried the game but it isn’t working right now” or “I don’t think this game is fun.” Someone participating in a review bomb probably heard about the reason for the review bombing outside of the game.

Here are some reasons games have been review bombed:

Not among those reasons is “the servers aren’t working.” Being frustrated by a technical problem with the game and leaving a negative review, even if just for catharsis, is not the same as being angry about a developer’s politics, worldview, or business practices and rallying strangers to help lower a game’s average score.

For some, review bombing becomes a game in itself: Often the bombing group coordinates on social media and in forums, sharing images of how low it has pushed the Steam or Metacritic averages, with some individuals making fake accounts to leave multiple reviews.

I haven’t found any evidence of a coordinated effort to lower Fall Guys’ user review average. The game’s subreddit contains complaints about the server downtime, but it isn’t hostile as far as I can see. A Twitter search for “Fall Guys review bomb” is mainly people complaining that it’s being review bombed, but no one coordinating an actual review bomb.

A little while after Mediatonic’s tweet about being review bombed,  Fall Guys’ Steam review average flipped back to “mostly positive.” Mediatonic then tweeted that Fall Guys had been “positive-bombed” by sympathetic community members. “I didn’t know that was a thing?” wrote the developer.

Wow, you are seriously the best!You’ve positive-bombed our review score back to Mostly Positive! I didn’t know that was a thing?Thank you so much for your belief in what we’re building here!Hopefully server issues will continue to improve! ♥️ Community of The Year 2020 ♥️ pic.twitter.com/6Cha74fwb4August 4, 2020

I mean, come on. Earlier in the day they asked their 174,000 Twitter followers not to post negative reviews until they fixed the servers. That’s not quite the same as coordinating positive user reviews, but it’s pretty close. I don’t buy the “I didn’t know that was a thing.” It’s like telling your friends not to get you anything for your birthday because all you want is some kind of spongy, frosted dessert, and then declaring through a mouthful of sugar that you had never heard of cake.

Maybe the positive review average would’ve come back whether or not Mediatonic had tweeted. Lots of people were excited for the game and played it in beta or got some rounds in today, and they can leave positive reviews if they want to. As for the negative reviews, I personally don’t think that writing “server bad” a few hours after launch is very helpful to other Steam users. Mediatonic has now posted a prominent message on the Steam store page that warns potential buyers about the current server issues, and that feels to me like a better solution than a ton of two-word thumbs downs.

But whether or not the negative reviews are fair or helpful, Fall Guys wasn’t review bombed. In fact, the only widely disseminated request regarding user reviews today came from the developer.

My curmudgeonly point is that if “review bombing” comes to mean simply that a game has gotten a bunch of negative reviews in a short amount of time, then like so many other terms it will be emptied of its content and become a stupid persuasive bludgeon. (“Help us out, we’re being review bombed!”) Maybe that’s inevitable, but it’ll be a pain in the ass to come up with a new term for what “review bombing” originally was, so I’d rather it didn’t.

New sci-fi movies have a warning for simulatio...