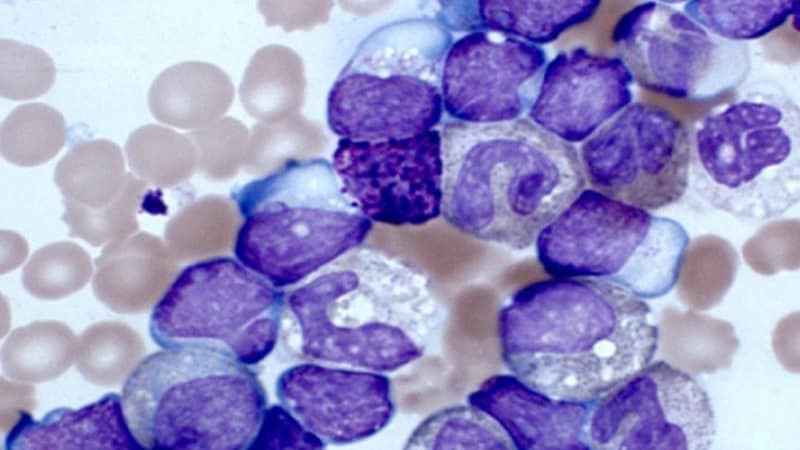 Switching from the branded form of imatinib (Glivec, Gleevec in the USA, Novartis) to a generic version to manage chronic myeloid leukaemia (CML) can lead to huge cost savings without compromising patient outcomes or safety, the results of a UK analysis suggest.

The research was published as an abstract from the British Society for Haematology 60th Annual Scientific Meeting, which was cancelled due to the COVID-19 pandemic.

Imatinib was the first tyrosine kinase inhibitor (TKI) to be approved for clinical use in CML, in 2001. When its patent protection expired in January 2017, a number of generic forms of the drug became available.

Dr Garrett Hess, haematology, Norfolk and Norwich University Hospital, Norwich, and colleagues looked at the records of more than 40 patients in their institution who were immediately switched to generic imatinib to assess the impact on management.

All patients remained stable or continued to improve on the non-branded version of the drug, and any adverse events were mild and typically transient.

This matches the experience of US investigators who found in a recently published study that 97% of 38 CML patients who switched to generic imatinib had stable or improved disease.

The UK team also found that the switch led to dramatic cost savings of approximately £79,000 a month, or more than £1800 per patient per month, compared to the amount the NHS had been paying for Glivec.

The team highlights that switching to generic imatinib “did not lead to any change in disease control” and the new formulations “were generally well tolerated”.

They add that their results “provide reassurance of the safety of switching to generic formulations and, along with the significant savings to the NHS, support [their] continued use”.

Dr Hess told Medscape News UK that it is the issue of equivalence between branded and generic versions of drugs that is important for patients and they “always ask” about it.

Consequently, it was “good to see…that at least our patients seem to be getting the same care that they would have had over the last 15 years or so since imatinib has been in play”.

Dr Hess underlined that their findings and those from other groups suggest that, “overall, there hasn’t been a drastic change in outcomes”, with, for example, no increase in patients going into blast crisis and needing a transplant.

Charlotte Martin, patient advocacy manager at Leukaemia Care, told Medscape News UK that the results “match reports that we have had from patients”.

She said: “It is important that patients understand that the active ingredient is the same and so generic versions are identical in terms of how they work to combat CML. Patients also support use of generics to save the NHS money.”

Charlotte Martin nevertheless added that adverse effects “do impact on quality of life and patients who report changes or problems should have the opportunity to discuss these with their medical team and receive adequate support”.

Consequently, studies such as this one “could provide insights into how medical teams, and we as charities, can support patients to manage these changes”.

The researchers say that, when imatinib was approved for clinical use in CML under the Glivec brand, it “transformed” outcomes in terms of progression-free and overall survival.

However, all CML patients at Norfolk and Norwich University were switched to generic imatinib as soon as it became available in early 2017.

Dr Hess explained that the clinical team spoke to the patients about the change “and informed them of the rationale and monitored them”.

To examine disease control and tolerability following the switch, the researchers identified CML patients who were being treated at their hospital in January 2017.

The patient’s medical records were then reviewed up to August 2019 for novel adverse effects, alongside laboratory reports to assess disease status.

Forty-three CML patients were identified, of whom 15 (35%) were female. They had been taking imatinib for a median of 6 years before switching to the generic version.

Two patients were lost to follow-up. The most recent disease assessment of the remaining 41 patients showed that the disease status was unchanged in 56% and was continuing to improve in 44%.

Four patients had their therapy changed to second-generation TKIs due to no change in disease control after switching, while one patient died from pre-existing liver failure.

Safety data was available for all 43 patients. This showed that 23% experienced adverse effects on switching imatinib, including recurrence of cramp, transient skin rash, subconjunctival haemorrhage and gastrointestinal upset.

The adverse effects were mild and the majority were transient, the team reports.

While no patient needed to switch back to branded imatinib, some patients nevertheless reported improvements, in particular with gastrointestinal upset, with a different generic version of the drug.

Dr Hess noted that they “cannot be certain” that the adverse effects are related to starting on generic imatinib or changing the formulation but that, in any case, they “were not out of the realms of what we would expect”.

Notably, the researchers also determined how much the switch to generic imatinib had saved the NHS.

Co-author Dr Nicola Kaciubskyj, also at Norfolk and Norwich University Hospital, explained that there were a range of generic versions available from different suppliers “each obviously ranging in cost savings, but we’ve gone for the cheapest option”.

Working from NHS indicative pricing data, they found that the version they used was up to 97% cheaper than the same dose as Glivec, offering a cost saving of approximately £79,000 per month across all their patients.

Dr Nicola Kaciubskyj said that, as the drug is paid for by NHS England rather than the trust, the saving therefore benefits the health service in general.

No conflicts of interest declared.