Eric Engstrom passed away this week, leaving friends in mourning for one of the renegades of the Microsoft empire and a brilliant tech innovator.

Engstrom was known as part of the “Beastie Boys,” a trio of evangelists who paved the way for Microsoft’s expansion in games in the late 1990s and early 2000s with DirectX. The expansion eventually enabled Microsoft to launch the Xbox (X signified DirectX) video game console — an enterprise that generated billions of dollars for Microsoft and made it a major player in the game industry.

DirectX is a set of application programming interfaces (APIs) that enable a computer to recognize and run games that can tap that computer’s graphics capabilities. It was a critical technology during the rise of 3D graphics hardware in the 1990s, unifying a scattered market. But within Microsoft, it was a hard sell. Engstrom and his cohorts, Alex St. John and Craig Eisler, convinced Microsoft to invest in DirectX, and then they proselytized it to a skeptical game industry.

Engstrom and his cohorts secretly hired programmers to get the work done, and they had to do an end run around partners like Intel. The Beastie Boys had to overcome warring camps within the company, where Engstrom said a “strategy tax” always threatened to delay matters (as the bureaucracy took its sweet time figuring out its strategy). DirectX debuted in 1995, enabling game developers to write their software to a single standard. It opened up the PC game market dramatically, and it is still used today. The trio had a “Viking” philosophy of attacking without regard to protocol in order to get their way within Microsoft. Author Michael Drummond captured their journey in the 1999 book, Renegades of the Empire. Eventually, corporate politics overcame them and they became entrepreneurs. Engstrom eventually went full circle and returned to Microsoft.

Engstrom died on December 1 at the Swedish Medical Center in Seattle. He is survived by his wife Cindy and their four young children. In a memorial service on Saturday, St. John remembered Engstrom for his critical insight during a trip to Japan. James Spahn, Microsoft’s evangelist in Japan, arranged a last-minute meeting with Sega’s leadership, including CEO Shoichiro Irimajiri and Virtua Fighter creator Yu Suzuki. St. John was exhausted and didn’t want to meet. But Engstrom suggested they sell Sega on building a “DirectX console” for video games.

St. John said, “You’re out of your fucking mind.”

A few months later, a version of that pitch was set in stone. Sega agreed to use the Windows CE operating system in the Sega Dreamcast. That ultimately turned out to be a dud. But ultimately, it planted a seed. The idea of a DirectX console took root inside Microsoft, where a new team of renegades later led the creation of the Xbox. Their idea was totally different from what the Beastie Boy had envisioned, but they pulled it off. 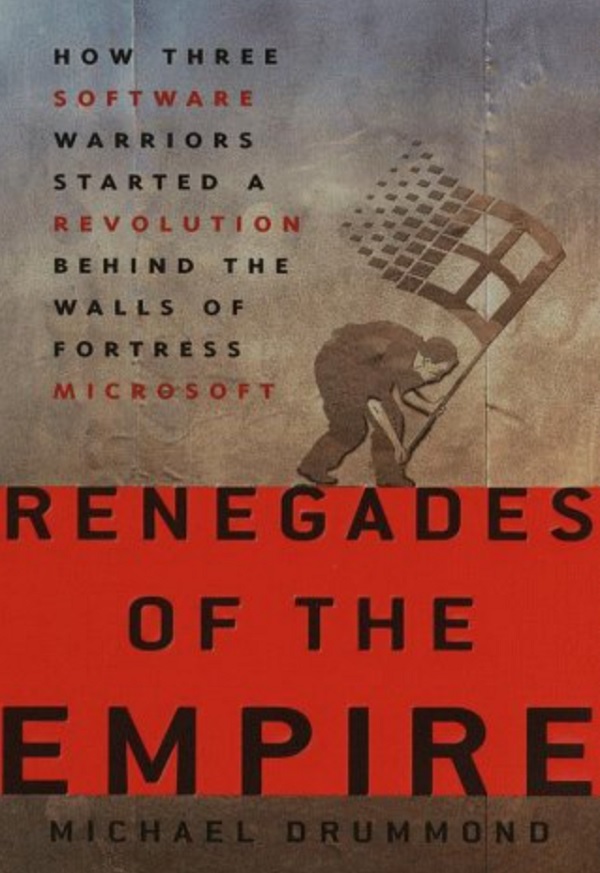 Above: Eric Engstrom was a key figure in the book Renegades of the Empire.

“It was a crazy, silly thing to try,” St. John said. “But it was the essence of his greatness. And 99% of the time, it was a total disaster. But a few of those times made history. That’s what I want remembered about him.”

DirectX was transformational for Microsoft and for games, but it was hardly the only thing that people remembered about Engstrom.

“We all know and love Eric. I’ve known him for almost 30 years. And he’s one of my very best friends,” St. John said in a memorial service. “To kick this off, we all know that if anybody was every sad, he wouldn’t hear of it. Eric was always a party on his own. God, Craig and I have so many stories about him.”

St. John and friends told stories about Engstrom as if they were telling stories at a Viking funeral. He said that, at Engstrom’s urging a few years ago, a group of friends went to a Viking banquet at the National Nordic Museum. Engstrom invited all of his friends to go. They rented a limo and drove up to the museum. The banquet tables were folding tables. They toured the place, which was in a shabby one-story building, St. John said.

“Everybody attending looked like they were 104 years old,” St. John said. “I remember thinking. ‘Oh, boy, This is going to suck.’”

But Engstrom was exuberant about it, and his joy was infectious. Engstrom threw food at other people, starting a food fight. Engstrom carved the face off a roasted pig and passed the skin around to everybody else.

“He was laughing and roaring and banging his plastic cup on the table and demanding more wine,” St. John said. “He didn’t care if anybody else was having a quiet banquet, and you couldn’t help but participate. We all joined in. It was the most phenomenal Viking banquet you could possibly imagine. That’s one of my fondest memories of him. He lived his life that way. And he had huge dreams and huge fantasies, and he always took us all with him.”

Like his friends Eisler and St. John, Engstrom didn’t stay on for the Xbox project. He left Microsoft and started Wildseed, a predecessor of the iPhone that was dubbed a “smart entertainment phone” accessory. It was a quirky invention. AOL acquired Wildseed in 2005, and Engstrom became senior vice president of mobile at AOL.

He came from the small town of Oroville, California, and was a self-taught programmer. During his career, Engstrom collected at least 81 patents. He viewed himself as a Tony Stark style character from Marvel’s Iron Man comics/movies. At Microsoft, he did tasks such as integrating DVD players into computers and testifying at its antitrust trial. He purchased land in India to build a software campus dubbed Catalytic. It created custom domed homes where the diameter of the domes matched the specs for the Star Trek vessel Enterprise.

St. John said, “He was quite delusional. It’s fair to say that, like most of us, he was quite mad. And the funny thing about that is even when his delusions were a complete disaster, it was much better and more fun following him down that path than any rational thing we might have done. Whenever I followed Eric to some disastrous folly, it was life well spent with him.”

He was a chief technology officer and adviser to a number of emerging tech companies, and he enjoyed helping young entrepreneurs. He later returned to Microsoft in 2008 for to do work in Windows Mobile, and he did a stint as a general manager in user-centric advertising in the online services division. His goal was to make display advertising more personalized.

Friends said that Engstrom didn’t have any organization, process, or discipline as a manager. He would promise products and schedules, without checking with his team first. He would simply inspire them to hit the targets, and that was his view of leadership through the “haze of barely controlled chaos.” He didn’t write things down. He was not the most “warm and fuzzy guy unless you were truly in his circle.” Yet his people loved him, and he attracted other big personalities around him.

His karate instructor talked about how Engstrom, who was a big man, said some people jumped him once and were getting ready to attack. Engstrom looked at them with an intensity and yelled at them, “Wrong guy.” The would-be attackers decided to run.

A friend introduced Engstrom to his future wife, Cindy Smith, who was a seasoned marketer. They eventually got married. Cindy’s friend Kimberly Carney received advice from Engstrom, and she referred to him the nickname “God.”

“He really loved my passion for data and our entrepreneurial spirit,” said Carney, a friend of the family and former coworker. “He was very smart and fiercely creative, and an ability to think outside the box and to execute.”

He was bossy, but he helped Carney think outside the box herself so she didn’t approach things in a traditional way.

“His thoughtfulness will live on through all of us,” Carney said.

In the past few years, he worked with Solomono, a tech company that designs electronics and services for skincare, beauty, health, and wellness. Cindy joined him in that effort, and their company was based in Puerto Rico and Redmond, Washington. More recently, he spent a lot of time on the internet of things and big data.

Engstrom was happiest working in his lab. His death came from medical complications related to an accident in the lab, after he dropped a monitor on his foot. His friend, St. John, managed to get permission to visit Engstrom and deliver some blood collection kit vials to him so he could extract his blood and DNA for cryogenic cold storage.

“We’re going to get a full genetic sequence of Eric’s DNA,” St. John said. “Eric’s going to live on forever.”

St. John played Viking music at the end of the service.

Everything we recommend this holiday season

Up to 8 million eligible households have not r...

McConnell planning exit in case he steps down ...