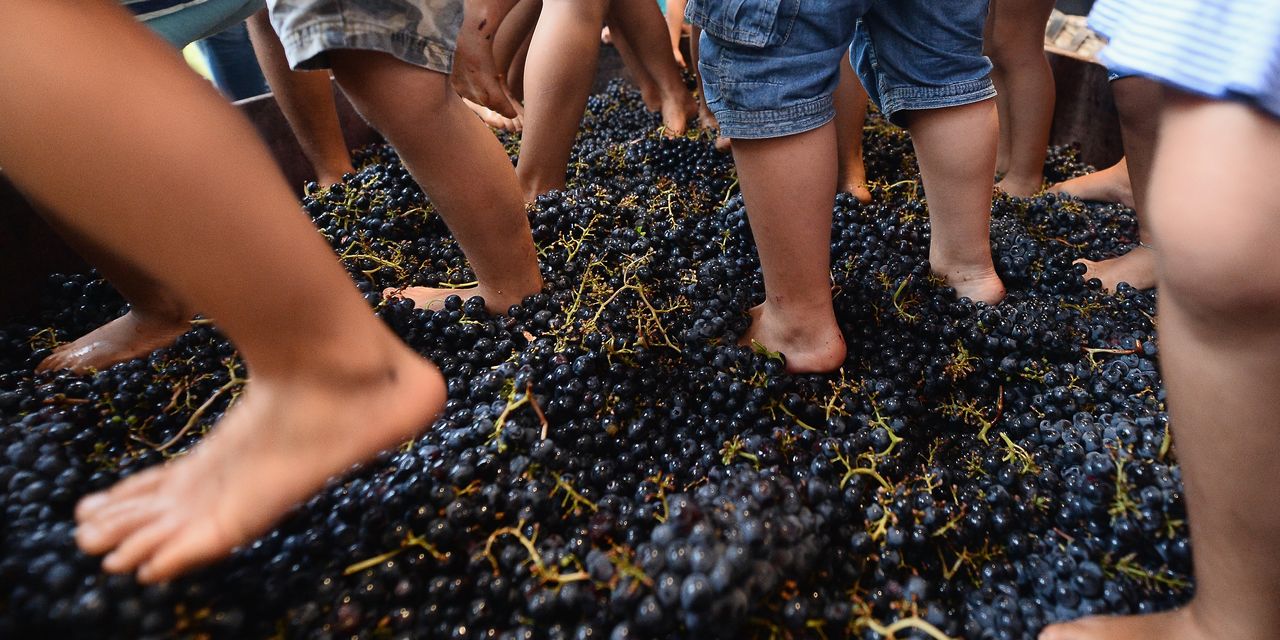 One of the great things about writing for MarketWatch is that I regularly get to interview smart people about the stock market to learn key investing lessons.

How do I know who the smart players are? After all, the stock market attracts a lot of hucksters, grifters and mediocre people.

For mutual fund managers, I apply what I call the Morningstar IQ test — outperformance over three and five years. This is a major distinction because beating the market is tough. And this time frame is long enough to assure it’s not just a fluke.

By this measure, Alexander Ely, who manages the Delaware Smid Cap Growth Fund
DFCIX,
,
would belong in the Morningstar market “mensa” club, if there were one. (“Smid” is short for small- and mid-cap.)

A graduate in economics from the University of New Hampshire (he didn’t attend business school), Ely credits his early interest in stocks to his love of numbers.

“When you open up a section of the newspaper and it is all numbers, that is pretty exciting,” he says.

Ely got his first real-life taste of the stock market working as a clerk at the Boston Stock Exchange in the late 1980s, while in college. He didn’t like the frenetic pace, so he angled for a career in money management instead.

). The stock did well for him, and it is a good setup for our first lesson.

When Ely bought Bausch + Lomb in the early
1980s it was a leader in contact lenses, an emerging trend in eye care.
Bausch + Lomb was disrupting eyewear because it found a way to
do something better, faster and cheaper. That’s Ely’s definition of a
disruptive company.

Besides superior stock performance, a great thing about disruptive companies is that you can simply hold them for a long time because external events like pandemics and recessions don’t really matter. The 1980s and 1990s brought recessions, market meltdowns, war in the Middle East and other crises, but none of that made contact lens users go back to frame glasses.

Likewise, these days people who are moving their banking to apps on their phones aren’t going back to brick-and-mortar banks because of trade tensions with China, a recession or the pandemic.

“Major external macro events tend to not matter much at all,” says Ely. “It doesn’t matter if there is a pandemic, or who gets elected, my son is not going back to the bank. That is the creative destruction system that makes capitalism great. We are not going to invest in companies that we don’t think aren’t upending the current ways of doing things.”

Here, one of his plays is Square
SQ,
,
a banking app that’s popular among small merchants. It’s also a play on the ongoing shift away from cash.

“We are the last generation to carry cash,” he says about people, ahem, of a certain age.

He likes disrupters even more these days because people
adopt new tech and new ways of doing things much faster now. It took 45 years
for most people to have a landline. But it only took eight years for most
people to own a smartphone.

Other disrupters in his portfolio are Boston Beer
SAM,
,
a leader in the “quality food and drink” disruption trend; Novocure
NVCR,

and iRhythm Technologies
IRTC,
,
which are leaders in the disruptive virtual health-care trend; and Yeti
YETI,

capitalizing on the outdoor recreation, exercise and healthy living trends.

when they lead the shift to PCs; Home Depot
HD,

in the globalization of U.S. brands.

When hunting for companies disrupting the normal ways of doing things, Ely wants to go with the leaders. You can identify those because they have the largest market share and the best product or service. They also have strong management teams.

“You want to own a Facebook
FB,
,
not a MySpace. Alphabet
GOOGL,
,
not Ask Jeeves,” says Ely.

Leaders enjoy privilege, which helps investors. They get the best talent and the best opportunities in M&A.

Leaders are chronically misvalued and misunderstood by sell-side analysts because the “sell side only quantifies where we are today.”

As examples, leaders in biotech include Crisper
CRSP,

in medical testing, and Invitae
NVTA,

in genetic testing — all names you’ll see in his smid-cap portfolio.

3. Keep risk on a tight leash

A common market adage holds you should sell your losers
and let your winners ride. Many people do the opposite, and it hurts them. But
Ely doesn’t buy it. He follows strict sell guidelines based on position size
and stock price action that have him regularly trimming both winners and
losers.

First, the winners. Unlike many fund managers I meet who outperform, Ely doesn’t get there by deviating from his benchmark with large positions. He cuts his winners to keep position size in line, to trim single-stock risk. He generally caps position size at 5%. Typically, the big positions are 3.5%-4% of his portfolio. For example, he trimmed Teladoc
TDOC,

earlier this year after its giant advance.

On the downside, he begins to trim names if they lag their sector benchmark by 20% for five to 10 days. If a name lags by 30%, he sells the whole thing.

“If something is wrong and growth is slowing, you should move on to something more robust,” he says.

Speaking of growth, part of Ely’s risk management is to favor high-growth companies.

“We want something growing significantly faster than the overall economy,” he says.

The key gauge here is sales growth, since revenue is harder to fake than earnings. He looks for minimums of 10% annual revenue growth and 20% earnings growth. His smid-cap fund names have 27% revenue growth and 39% income growth, on average.

Spend any time on Twitter market threads, and it’s clear that a lot of people are making this mistake. The problem with trading is you are betting you will be right not just with the entry, but also on the exit price —- and doing this over and over. It is not easy to be right so often.

Instead of trading, he prefers to own “one decision” names, meaning disruptive companies.

“I am trying to hold the best names, and let them work over a long time,” he says. “Every great growth company has been a leader and major disrupter of an industry.”

While people worry about rich sentiment at least for the near term (as I wrote here last week), Ely thinks this is the best time to invest since the early 1990s. He predicts the market will triple in the next decade. Three reasons.

1. A new bull market and economic cycle just started, and previous bull markets have lasted around eight years on average.

2. Visibility on the economy is improving dramatically. One reason is that the election is behind us. With the Senate going Republican, power in Washington, D.C., will be split between the two parties. That improves visibility by muting the legislative agenda. He’s assuming Democrats don’t take both Georgia Senate seats up for grabs.

3. Vaccines are on the way. “The pandemic will be virtually over in the U.S. by the summer,” predicts Ely. Here’s the upshot: When there’s greater visibility on the future, CEOs and consumers make bigger spending decisions, and that boosts growth. “We expect economic activity to boom in the second half of 2021 and 2022,” he says. Importantly, he thinks a boom in capital spending will boost productivity. That would be key because it will neutralize the inflation risk, a risk because of all the stimulus-induced growth ahead, in my view.

Ely thinks one of the best places to be is smid-cap stocks because companies of this size are more levered to the economy than giants like Walmart. This probably helps explain the recent smid-cap rally as clarity on the outlook  for the economy improved.

I’ll sum up with a bonus insight on how to beat the market: The importance of having smart people around you, and loving the game. Part of Ely’s success comes from the fact that he found a good team to work with, and he has stuck with them for nearly two decades.

Michael Brush is a columnist for MarketWatch. At the time of publication, he owned EXAS and NVTA. Brush has suggested FB, GOOGL, PLNT, EXAS, NVTA, INTC, MSFT, HD, NKE, PG and KO in his stock newsletter, Brush Up on Stocks. Follow him on Twitter @mbrushstocks.