Home > Business > Fed’s Daly says asset prices are elevated, but that should not drive interest-rate decisions

Fed’s Daly says asset prices are elevated, but that should not drive interest-rate decisions 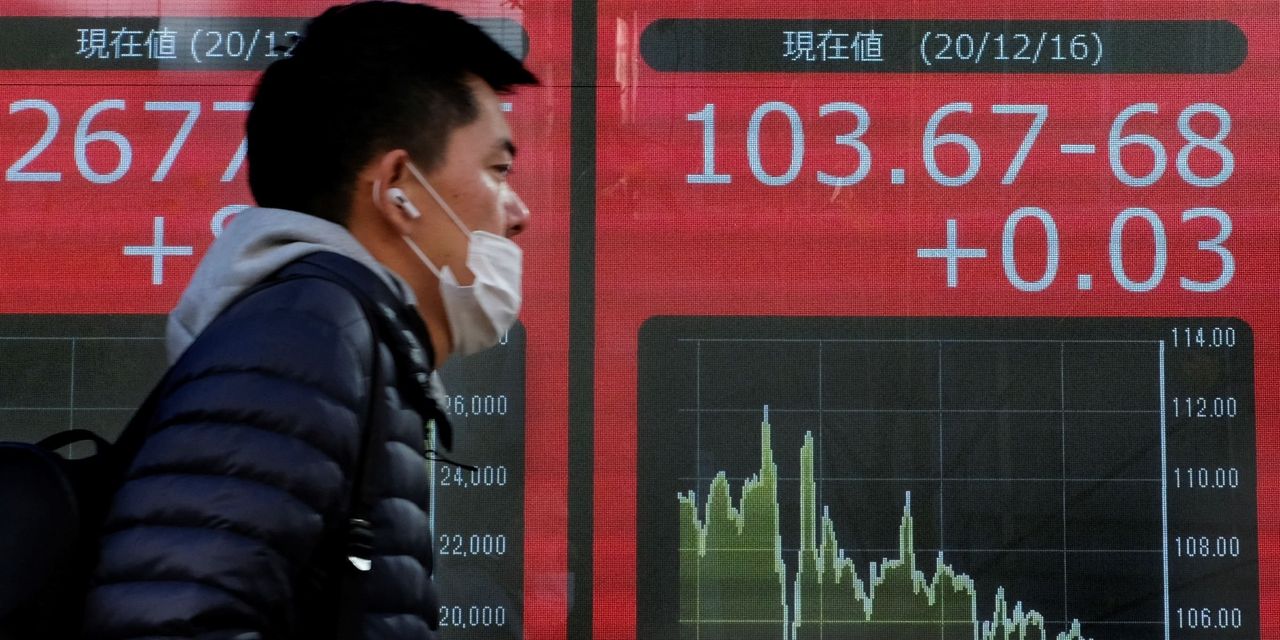 Asset prices are elevated more than they have been historically, but that is not something that should drive the Federal Reserve policy decisions, a top U.S. central banker said Tuesday.

Instead, elevated asset prices remain “something to watch,” said San Francisco Federal Reserve President Mary Daly, in a discussion with reporters following a speech to the Economic Club of New York.

Daly said she doesn’t trace stock-market moves back directly to U.S. monetary policy because stock investors are reacting to all types of news.

On Monday, China’s top banking regulator said financial markets are trading at high levels in Europe, the U.S. and other developed countries, “which runs counter to the real economy” and corrections could come “sooner or later.”

Asked about a sharp fall in prices of longer-term Treasurys and the rise in yields, Daly said that investors are pricing in a brighter future.

In her speech, Daly said she thought any market concern about an undesirable pickup in inflation was “the tug of fear” about the 1970s and 1980s when inflation pressures exploded and the Fed raised interest rates sharply, resulting in a deep recession.

“But that was more than three decades ago and times have changed,” Daly said.

“Today, the costs are tilted the other way. Running inflation too low for too long can pull down inflation expectations, reduce policy space and leave millions of Americans on the sidelines along the way,” Daly said.

The San Francisco Fed president said market participants understand the Fed isn’t going to stop inflation until it gets to 2%.

“I see this as a real indication we don’t have a 2% ceiling,” she added.

“It is very clear that we’re not going to react at the first hint that inflation might have breached the 2% goal,” she said.

Some investors have worried the Fed might not realize how strong inflation could rebound this year.

had the biggest monthly increase in February since 2016. Yields trended lower on Tuesday, slipping 3.2 basis points to 1.414%.

Fed Gov. Lael Brainard on Tuesday said she was closely watching moves in the bond market for signs that higher rates might damage the economic outlook.

Daly said the Fed had the tools it needed if higher yields become a concern.

“We do have the ability to push down the long end…which is something we can do by changing the maturity of the purchases we are making,” Daly said.

“Right now, I’m very satisfied with where policy is,” Daly said. She said she wasn’t surprised by rising yields at the long end.

Daly said yield curve control was another tool the Fed could use to hold down longer-term interest rates but suggested she was less comfortable with this option.

“Right now, I don’t think of yield curve control as something we would implement right away. There are costs and benefits to yield curve control that have to be thought about carefully and we have the tool of changing asset purchases in our plan should we need them,” she said.

Changing maturities of the Fed’s bond purchases to focus on the longer-end of the yield curve is a form of “Operation Twist” that the Fed engineered during the financial crisis of 2008.

Yield curve control would cap interest rates of shorter maturities, out to a horizon somewhat short of the date when the Fed forecasts its liftoff criteria will be met.

Under this policy, the Fed would have to be indifferent to the size of its balance sheet, Daly said.

“When I look at the literature, I see that there are a lot of advantages to using quantitative easing policies like we’ve used before in Operation Twist as a first tool. But I am not discounting yield curve control should we find that it is a more appropriate or target efficient policy,” she added.