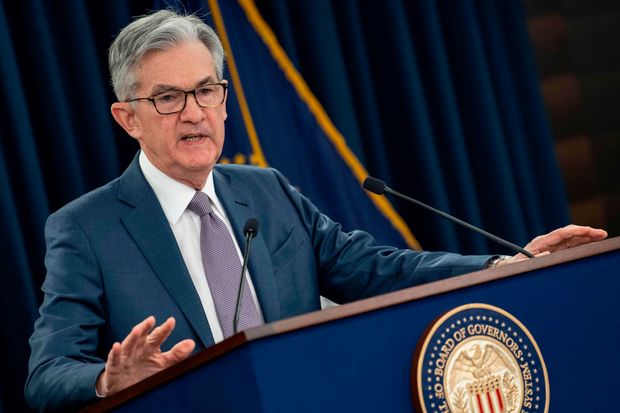 In a statement released after a two-day meeting, Fed officials said economic activity has continued to recover, but remains well below pre-pandemic levels.

Fed watchers did not expect any action from the Fed, saying the meeting was too close to the presidential election. The fact that the winner of the election is still unknown was seen as all the more reason to remain cautious. But many see the Fed taking more easing action before the end of the year.

The panel left its benchmark rate in a range of 0-0.25%. The Fed said it would maintain its asset purchases at least at the current pace.

There were no dissents from the Fed decision.

The Fed statement said again that the path of the economy will depend significantly on the course of the pandemic.

The U.S. counted a record of more than 100,000 new cases of the coronavirus illness COVID-19 on Wednesday, the most in a single day since the start of the outbreak.

In one change, the Fed noted that financial conditions were now accommodative.

The Fed cut interest rates close to zero in March and many observers think the central bank is low on ammunition to help the economy. They say that’s why Fed Chairman Jerome Powell has urged Congress to pass the fourth stimulus relief measure.

The Fed is keeping rates low across the yield curve in part by saying it doesn’t plan to raise its benchmark interest rate for at least the next three years.

Analysts think Congress will eventually pass another stimulus measure but the size and scope depends on the outcome of Tuesday’s election.

The Fed is purchasing $120 billion per month of Treasurys and mortgage-related debt in an effort to keep financial markets stable and support the economy. The purchases also help to put downward pressure on the yield curve, which allows the government to borrow funds at low interest rates.

The Fed likely discussed tweaking these purchases but no decision was announced today.

The economy grew at a record 33.1% annual rate in the July-September quarter, as activity sprang back to life after the shutdown to try to stem the spread of the coronavirus.

A slowdown in this quarter is inevitable but economists are unsure how slow growth will be.

Economists surveyed by MarketWatch expect growth will slow to a 3.1% annual rate, which would be considered a strong quarter in pre-pandemic terms.

Many economists are worried growth could slow more sharply.

They think the Fed will try to boost the economy further by shifting its Treasury purchases to the long-end of the yield curve, maybe as soon as the next Fed meeting on Dec. 15-16.

Powell will hold a press conference starting at 2:30 p.m. Eastern.

Stocks were higher ahead of the Fed decision and immediately after, with the Dow Jones Industrial Average
DJIA,

'The Office' stars chat about the show's hilar...