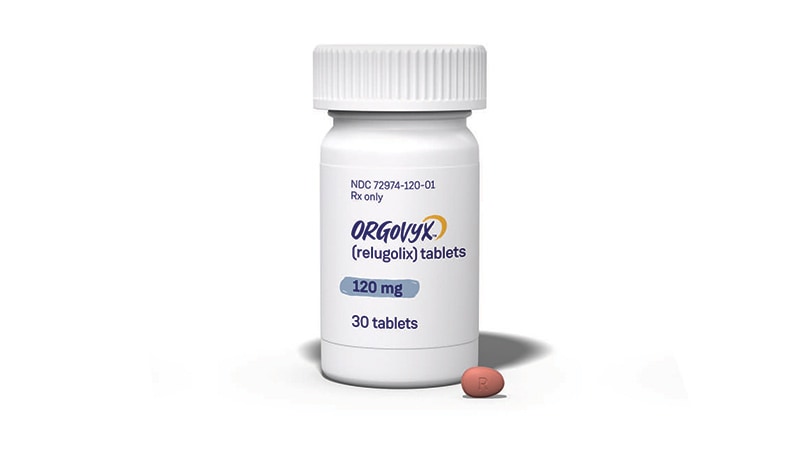 The US Food and Drug Administration (FDA) today approved an oral form of androgen deprivation therapy (ADT) known as relugolix (Orgovyx) for the treatment of adult patients with advanced prostate cancer.

Relugolix is an oral gonadotropin-releasing hormone antagonist. The new pill form may mean fewer clinic visits for patients, an added benefit during the COVID-19 pandemic, said Richard Pazdur, MD, acting director of the Office of Oncologic Diseases in the FDA’s Center for Drug Evaluation and Research, in a press statement.

“Today’s approval marks the first oral drug in this class, and it may eliminate some patients’ need to visit the clinic for treatments that require administration by a health care provider,” he commented.

Orgovyx works by preventing the pituitary gland from making luteinizing hormone and follicle-stimulating hormone, thus reducing the amount of testosterone the testicles can make.

In the open-label HERO trial, 930 patients with locally advanced or metastatic prostate cancer were randomly assigned to receive either once-daily oral relugolix or leuprolide injection every 3 months for 48 weeks.

The study met its primary endpoint, demonstrating that castration at 48 weeks was maintained in 96.7% of men receiving relugolix vs 88.8% for patients receiving leuprolide; castration levels of testosterone had to be reached by day 29 and then sustained through the end of the treatment course.

Relugolix has the “potential to become a new standard for ADT and advanced prostate cancer,” commented study investigator Neal D. Shore, MD, of Carolina Urologic Research Center, Myrtle Beach, South Carolina, at the 2020 annual meeting of the American Society of Clinical Oncology (ASCO), where the results were first presented.

They were published simultaneously in The New England Journal of Medicine.

At the ASCO meeting, David R. Wise, MD, PhD, Perlmutter Cancer Center at NYU Langone Health, New York City, agreed that the drug could be practice-changing — but claimed that it would be for a subset of patients only, specifically, patients with a significant history of cardiovascular disease who are without gastrointestinal malabsorption, he said.

Notably, in the study, relugolix cut the risk for major adverse cardiovascular events by 54% in comparison with leuprolide, as reported by Medscape Medical News.

Concurrent use of relugolix with drugs that inhibit P-glycoprotein is contraindicated.

Nick Mulcahy is an award-winning senior journalist for Medscape. He previously freelanced for HealthDay and MedPageToday and had bylines in WashingtonPost.com, MSNBC, and Yahoo. Email: [email protected] and on Twitter: @MulcahyNick.