FBI says ‘nothing to add’ to Ratcliffe claim on Hunter Biden, Russia 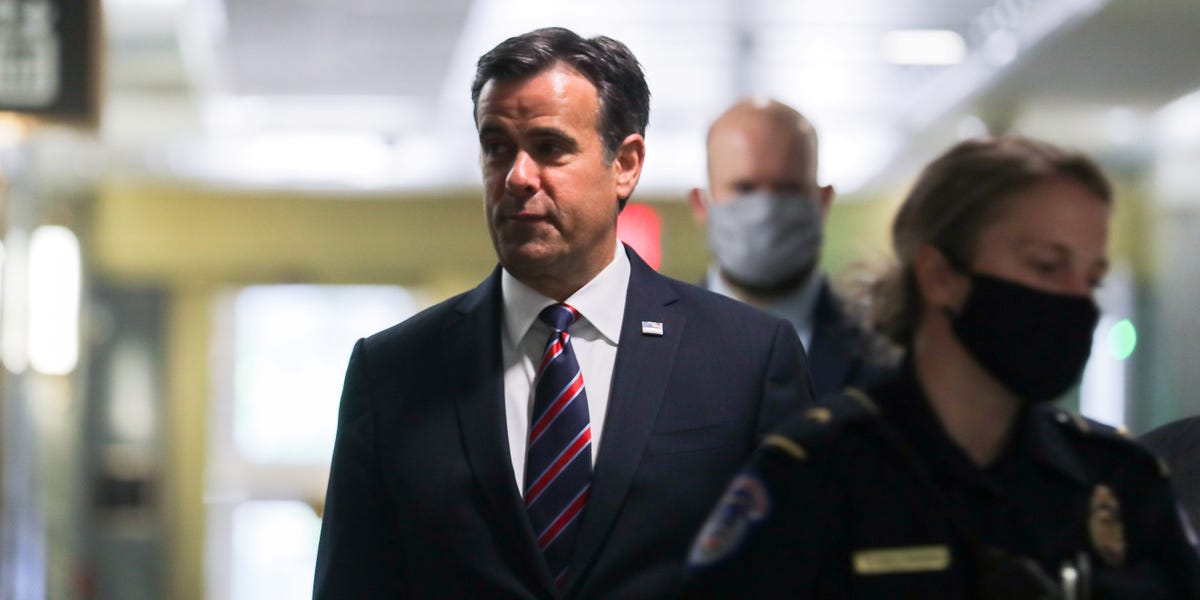 The FBI said in a letter to a top Republican lawmaker that it has “nothing to add” to comments made by Director of National Intelligence about a laptop purportedly belonging to the Democratic presidential nominee Joe Biden’s son, Hunter, according to The Washington Post.

The New York Post first reported on the existence of the laptop last week in a widely discredited story that described “smoking-gun” emails discovered on the laptop between Hunter Biden and a senior executive at Burisma Holdings, the Ukrainian natural-gas company whose board he served on from 2014 to 2019.

President Donald Trump and his allies seized on the story as proof that Joe Biden inappropriately leveraged his role as vice president in 2016 to stymie a criminal investigation into Burisma to protect his son. As Business Insider has previously reported, based on intelligence assessments, witness testimony, news reports, and public statements, there is no proof that the allegations hold merit.

Business Insider has not independently verified the authenticity of the laptop or its contents. Soon after the New York Post’s story was published, NBC News reported that the FBI is investigating whether the emails featured in the article were part of a foreign influence operation. More than 50 former US intelligence officials also signed a letter saying they believed the New York Post’s story had “all the classic earmarks of a Russian information operation.”

John Ratcliffe, Trump’s handpicked Director of National Intelligence, waded into the debate on Monday, telling the Fox Business Network that “there is no intelligence that supports” the claim that the laptop and emails are “part of a Russian disinformation campaign.”

Republican Sen. Ron Johnson, the chairman of the Senate Homeland Security Committee and a staunch Trump ally who’s played a key role in amplifying misleading information about the New York Post’s story, sent a letter to the FBI demanding more information about the laptop and its contents.

FBI assistant director Jill Tyson responded: “Regarding the subject of your letter, we have nothing to add at this time to the October 19th public statement by the Director of National Intelligence about the available actionable intelligence. If actionable intelligence is developed, the FBI in consultation with the Intelligence Community will evaluate the need to provide defensive briefings to you and the Committee pursuant to the established notification framework.”

The New York Post story was coordinated by Trump’s personal lawyer, Rudy Giuliani, who gave the conservative tabloid a copy of a hard drive containing the purported emails and other compromising information about Hunter Biden that was discovered on the laptop by a computer repair-shop owner in Delaware. The Mac shop owner gave a copy of the hard drive to Giuliani’s lawyer in December before turning it over to federal authorities, the New York Post said.

One of the reporters whose byline is on the story formerly worked as a producer for the Fox News show “Hannity.” And Bruce Golding, the Post reporter who wrote most of the story, refused to put his byline on it because of concerns about its credibility, The New York Times reported.

The New York Post said it was first alerted to the existence of the laptop by the former White House chief strategist Steve Bannon in late September, and Giuliani gave it the hard drive copy on October 11, three days before the story was published. Bannon was arrested and charged over the summer with fraud in connection to an online fundraising campaign, and Giuliani is currently the focus of a federal criminal investigation over whether he violated foreign lobbying laws.

US intelligence agencies cautioned the White House last year that Russian operatives were using Giuliani to funnel disinformation to Trump. The warning came after intercepted communications showed that Giuliani interacted with multiple people who had ties to Russian intelligence when he traveled to Ukraine in December to look for dirt on the Bidens.

One of those people, a Ukrainian national named Andrii Derkach, was sanctioned by the US Treasury last month for acting as a Russian agent and spreading disinformation related to the Bidens and the 2020 election. Two of Giuliani’s other Ukrainian associates who helped him in his quest to dig up dirt on the Bidens, Lev Parnas and Igor Fruamn, were arrested and charged last year with campaign-finance violations.

Start your day with our new, bite-sized podcas...