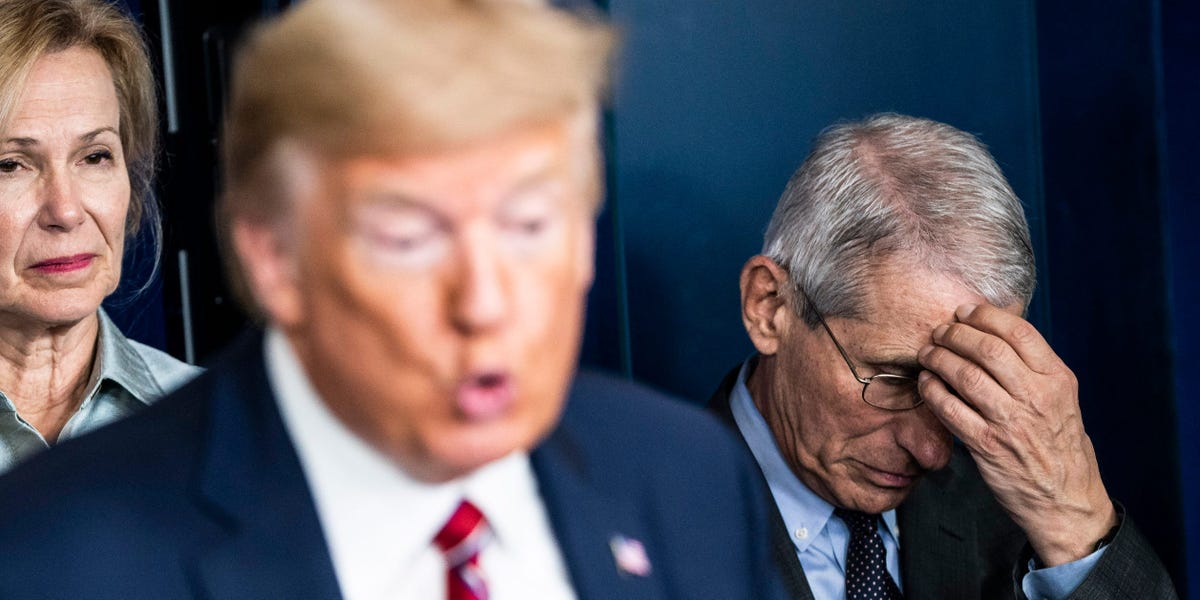 In a wide-ranging interview with The New York Times, Dr. Anthony Fauci, the longtime director of the National Institute of Allergy and Infectious Diseases, revealed that last year he opened a letter that contained a then-unidentified “puff of powder.”

Fauci said when he opened the letter, a powder immediately covered his face and chest. His beefed-up security detail, which was brought on after he began receiving threats, advised Fauci to stay still before a hazmat team “sprayed him down.”

“It was a benign nothing,” Fauci said of the substance found in the envelope. “But it was frightening. My wife and my children were more disturbed than I was. I looked at it somewhat fatalistically. It had to be one of three things: A hoax. Or anthrax, which meant I’d have to go on Cipro for a month. Or if it was ricin, I was dead, so bye-bye.”

Fauci told The New York Times over the weekend he began receiving death threats on March 28 last year, not long after he took on a high-profile role in the fight against COVID-19, often appearing at the White House meetings and press briefings. But Fauci and Trump often seemed at odds during the former president’s final year in office, as Trump and his allies often publicly flouted Fauci and science-driven approaches to the pandemic.

Read more: Ted Cruz’s ‘Pittsburgh over Paris’ campaign shows us just how dumb the Biden years are going to be

Fauci said Trump would sometimes call him after he gave an interview, asking why he didn’t provide a more “positive” outlook on the pandemic, which has now killed more than 400,000 people in the US. Other advisers, like former chief of staff Mark Meadows, would call Fauci to ask why he had contradicted the president, according to the report.

In the interview, Fauci also said he made it a point during the prior administration to avoid “proactively” criticizing Trump but said he would do so if asked by a reporter to respond to a specific claim made by the former president. At a White House press briefing last week, Fauci said it was “liberating” to no longer be working with Trump.

Despite the threats against his life and pushback from the Trump administration, Fauci told The New York Times he never considered leaving his longtime role, even though his wife had suggested the possibility.

In the interview, Fauci, currently serving as the chief medical adviser to Biden, said he wasn’t sure how many more years he planned to work, but indicated he wasn’t ready to depart Washington or his office in nearby Bethesda, Maryland, anytime soon.

“I think what I bring to the table is something that’s very much value-added,” he said.”I want to keep doing it until I see us crushing this outbreak, so that people can get back to normality. And even after then, I’ve left some unfinished business.”

20 Luxury gadgets that are too cool to be true...