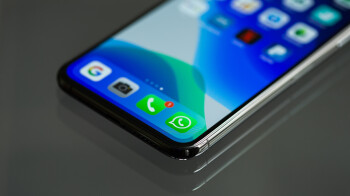 According to a paywalled report by The Information (covered by Android Authority), Facebook is looking for a new source of revenue from targeted advertising, this time from the popular calling and messaging platform WhatsApp. WhatsApp is known for its encrypted chats and general focus on safety and privacy, so this quest is going to pose a serious challenge for the company.

Facebook has been at serious odds with Apple since the release of iOS 14.5, after Apple’s decision to allow users to block app data tracking caused a huge blow to the social media company’s targeted advertising income. Since then, Facebook has been trying to find other ways to boost monetization, and WhatsApp seems to be its next target.
However, both WhatsApp messages and cloud backups feature complete end-to-end encryption for all two billion of its users, meaning that not even WhatsApp itself can access the chats. How does a company benefit from targeted advertising based on app data analysis, if all the data on that app is encrypted?
The answer may lie in a developing field of research called homomorphic encryption, which may allow data analysis without actual decryption of any sensitive information.

According to The Information, Facebook is now joining Microsoft, Amazon, and Google in actively expanding its artificial intelligence research team in order to explore the possibilities of homomorphic encryption, hoping to eventually be able to pick out enough information from the encrypted messages, without actually decrypting anything or compromising WhatsApp users’ privacy or safety from cyberattacks or accidental leaks.

Facebook has even bought out a key AI employee directly from Microsoft, a leader in the cloud computing market, to aid in its research. Facebook hasn’t yet released any information on its future plans or present breakthroughs, refusing to provide details and even making the claim that it was “too early for us to consider homomorphic encryption for WhatsApp at this time.”

However, the fact that Facebook is hard at work exploring homomorphic encryption is no secret, and if it is successful, the new technology may present a huge breakthrough in Facebook’s ability to give its users the alluring promise of privacy (something Facebook has never been good at, as we well know), without sabotaging its targeted advertising revenue—which is by far the biggest source of income for the trillion-dollar company.