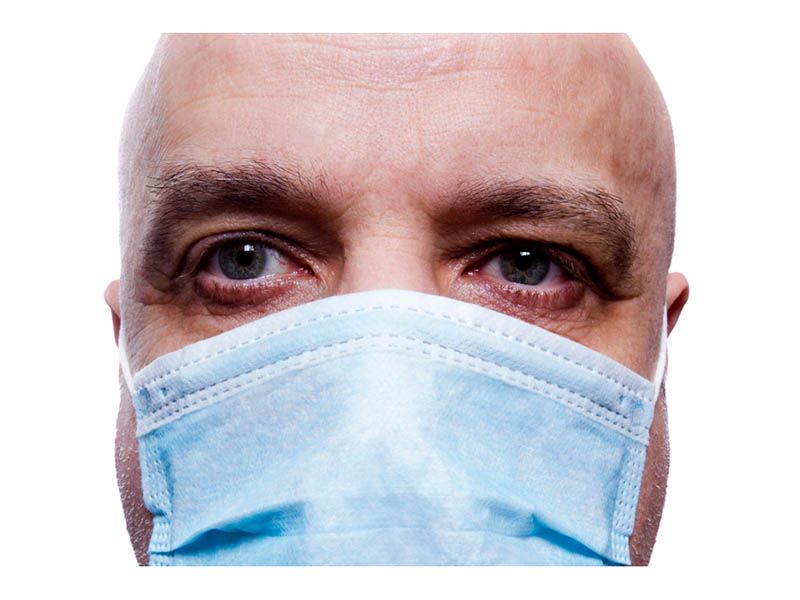 Face masks: Yes, they may not be the most pleasant item to wear, but they are not depriving people of needed oxygen, a new study confirms.

The findings should counter a common anti-mask myth — that donning a face mask is unhealthy.

At hte same time, medical authorities — including the World Health Organization and the American Lung Association — have issued statements debunking those myths. But the claims persist.

So researchers at McMaster University in Canada set out to test the notion out: They gave 25 adults (average age: 76.5 years) portable pulse oximeters to measure their blood oxygen levels while wearing a face mask, as well as before and after.

The investigators found no concerning signs of hypoxia, or reduced blood oxygen.

Of course, “this supports what we already knew,” said Dr. Aaron Glatt, an infectious disease specialist who was not involved in the study. “There’s no decrease in oxygen from wearing a mask.”

Some people may feel uncomfortable wearing a mask, noted Glatt, a spokesman for the Infectious Diseases Society of America. But that’s no excuse not to do it, he said.

“I look at masks like seat belts,” Glatt said. “They’re not necessarily comfortable, but they protect you.”

For the study, Dr. Noel Chan’s team outfitted each participant with three-layered, disposable, nonmedical face masks. Volunteers wore them during their normal daily routine, or at rest, and used the pulse oximeter to track their oxygen levels for an hour before wearing the mask, while wearing it for an hour and for an hour afterward.

Overall, there were no concerning declines in blood oxygen saturation. On average, oxygen saturation was 96.1% before participants masked up, and then slightly higher while they wore masks and afterward — at 96.5% and 96.3%, respectively.

The findings were published online as a research letter in the Oct. 30 issue of the Journal of the American Medical Association.

“Our study does not support claims that masks are dangerous,” Chan said.

Chan acknowledged that the study was small and had limitations. For example, it excluded people with heart or lung diseases that could cause them to have breathing problems even at rest.

But it did focus on older adults, who would probably be more vulnerable to any decrease in oxygen levels from mask-wearing, Chan said. Yet no issues turned up.

“This is just one small study,” Chan said, “but I hope it provides people with some reassurance.”

One question people often have is whether they can exercise with a mask on. In this study participants were not exerting themselves, so it’s not clear whether that would have caused a dip in their oxygen levels.

Glatt said people can forgo a mask if they are out for a walk or a run, and no one else is nearby.

“If you’re going to encounter other people, though, wear a mask,” he said.

The U.S. Centers for Disease Control and Prevention advises most people to wear a face mask when they are out in public — one that has at least two layers of fabric and is secured over the mouth and nose. Some exceptions are children under age 2 and people with medical conditions that make it hard to breathe.

Chan said that people should talk to their doctor if they have questions about any personal health conditions and the safety of masks.

The U.S. Centers for Disease Control and Prevention has more on face mask use.

What a Difference a Year Makes: California Poi...

COVID Leaves Most Pro Athletes With No Lasting...

Tracking the plague in DR Congo...