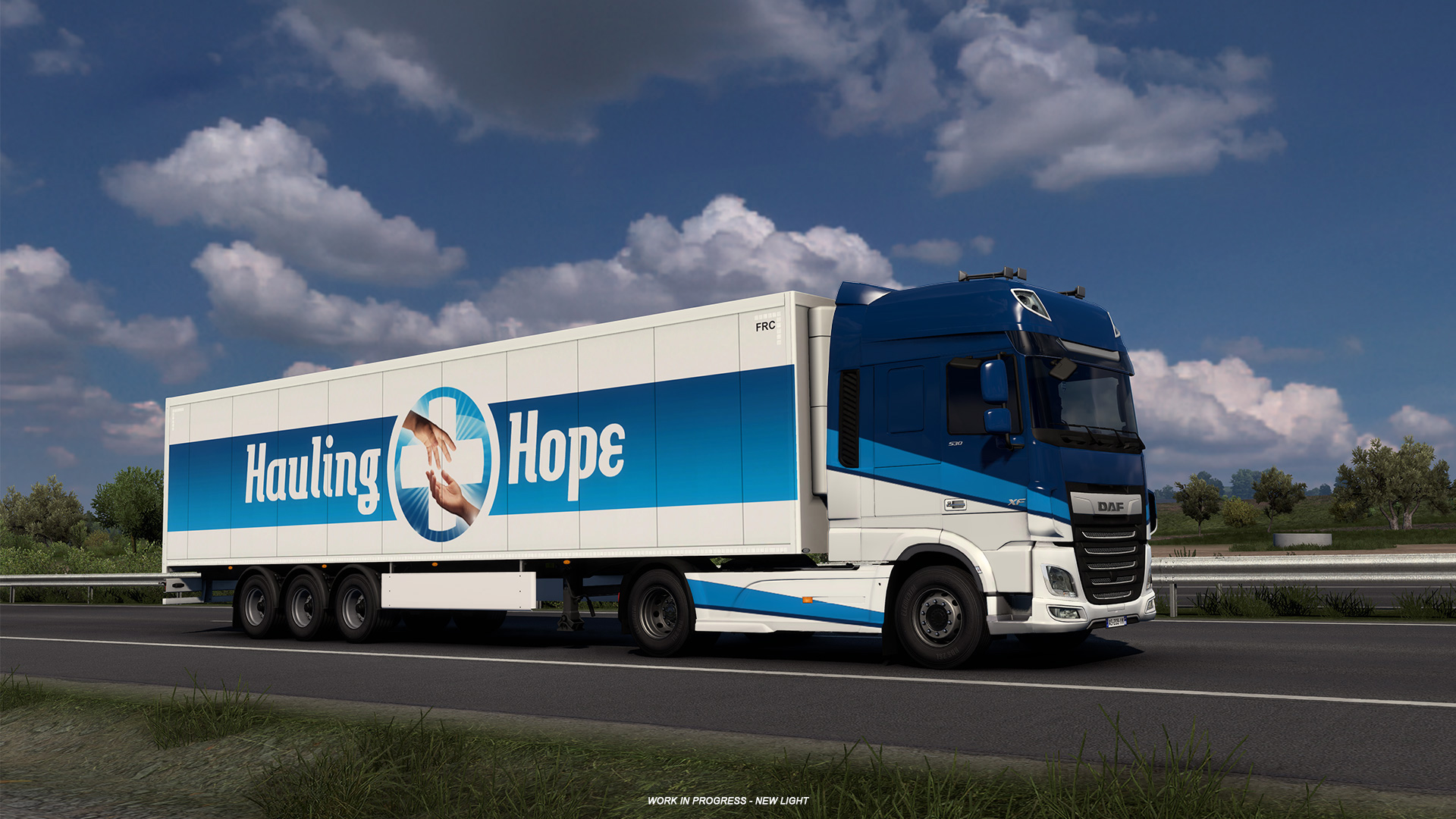 Unfortunately, the blog post about the event drew some blowback from fans who complained about the studio injecting “politics” into the game, and so in a press release sent out after the blog post went live, SCS added a bizarre, poorly-conceived clarification.

“We salute to the real truckers out there tirelessly working and facing the very difficult challenge of distributing vaccines around world these days!” the studio said. “We do not take a stand neither for or against vaccines, we just wanted to express our appreciation and support for every real truck driver out there who have been facing a very challenging times since pandemic situation began!”

That added commentary did not help smooth the waters. Thegamer.com, for instance, wondered why a studio based in a country with distressingly high rates of vaccine hesitancy would not take a more forceful position on the matter of vaccines. At the very least, it appeared that SCS was pandering to anxi-vaxxers.

Shortly afterward, the studio sent a second press release clarifying that the initial statement about vaccines was “an error that happened due to a language and translation barrier.”

“The statement we tried to express in the previous press-release should have always been this: ‘No matter if you stand for vaccines or against them, these truckers still have to work really hard and we wanted to give them their well-deserved 15 minutes of fame’,” a studio rep said. The statement can also be seen in the featured comment on the “Hauling Hope” blog post.

We wanted to write that no matter if you stand for vaccines or against them, truckers have to work really hard and we wanted to highlight that and focus the event on this.We continuously support efforts in the fight against COVID-19 and we hope for COVID-19 to be over soon.January 22, 2021

The updated statement is an improvement, although it still fails to make a definitive stand against anti-vaccine sentiment, but in SCS’ defense the language barrier almost certainly is the driving factor here: The studio is a relatively small outfit based in the Czech Republic, and so isn’t really equipped to deal with international upset over what was supposed to be a simple, unoffensive announcement about a nice thing happening in its niche truck driving game.

Duda hinted at that in a separate tweet promising that all future SCS press releases will be reviewed by other people at the company before being sent out.

The original press release wasn’t checked by anyone which was a basic mistake. It isn’t a big problem for other press releases, it’s extremely bad for a sensitive topic like this.From now on, all press releases etc. will be always checked by other people in the company.January 22, 2021

In a later email, however, SCS drew a firmer line, and apologized for the “spurious speculations” about its positions on vaccines that the statements had caused.

“We would like to clarify that we fully recognize the threats posed by COVID-19, and the effects and turmoil that the pandemic has caused around the globe. We firmly believe that the way forward is to have faith in science, to adhere to recommended COVID guidelines and to practice good personal hygiene,” a studio rep said.

Ironically, the studio said that its original intent had been to promote the value of vaccines while avoiding controversy, which is also why it opted for “Hauling Hope” rather than vaccine-specific cargo and imagery.

“We are cognizant of the diversity of our player base, numbering tens of thousands each day, and how their personal and differing opinions may stir controversy on social media. As such, we communicated to our players to focus on the intent of the event and called for calm, given that participation in the event was entirely voluntary,” the studio said.

“However, an accompanying press release that followed the initial announcement of the event carried an unfortunate rephrasing of the original message on our blog. This message may have given the wrong impression that we are denying responsibility by avoiding a clear stance on COVID vaccines. Our position is as such: We created this event to recognize the sacrifices of truckers and logistics staff in these difficult times. We are resolute in our belief that vaccines offer a glimmer of hope for normalcy once again, and we are proud to stand behind sound policies and good research.”

Which takes us back to the event itself: Hauling Hope is an External Contract available to World of Trucks-connected profiles in Euro Truck Simulator 2 and American Truck Simulator. You’ll need a minimum of Fragile Cargo skill rank 1 in order to take part, and must deliver seven loads in completely undamaged condition in order to earn a World of Trucks achievement and a Hope Trucker Insignia item to hang in their cab. But SCS emphasized that the real point of the thing is to have some fun.

“This event is a chance to take part in delivering something more than just a cargo, it’s a chance to deliver hope to the world, if only virtually,” it said. “Where you go and how far you haul will be up to you. What is important is that you enjoy the event, spread the word so that others can share the hope, and stay safe and healthy.”

Minecraft commands and cheats: Here's what you...

Raya and the Last Dragon alternate ending was ...