Home > Technology > Eric Trump: ‘My father has lost a fortune’ running for president

Eric Trump: ‘My father has lost a fortune’ running for president 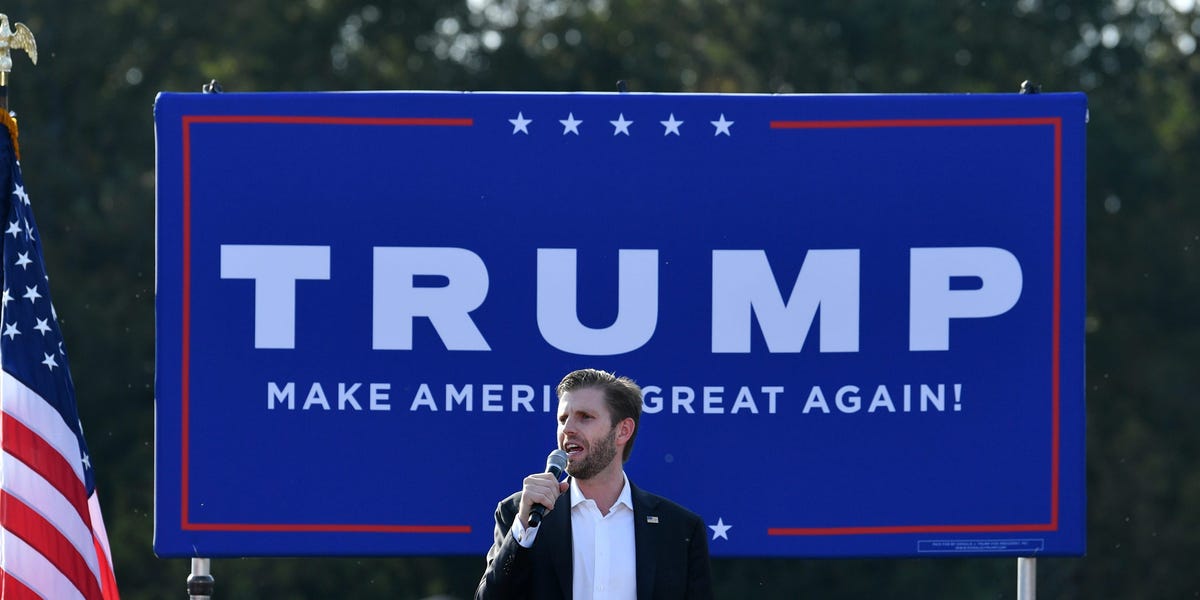 In response to a report that revealed how an array of corporations and foreign governments looking for favors patronized Trump hotels and resorts over the several years, Eric Trump, the president’s son, said on Sunday that his father has not profited off of his position, according to ABC News.

Speaking to ABC’s Jonathan Karl on “This Week,” Eric Trump pushed back on any ethical and financial lapses.

“We’ve lost a fortune,” said Eric Trump, an executive vice president at the Trump Organization. “My father lost a fortune running for president. He doesn’t care. He wanted to do what was right. The last thing I can tell you Donald Trump needs in the world is this job.”

The statements came after another New York Times report detailed how President Trump turned “his own hotels and resorts into the Beltway’s new back rooms, where public and private business mix and special interests reign.”

The article also revealed that “just 60 customers with interests at stake before the Trump administration brought his family business nearly $12 million during the first two years of his presidency,” adding that, “almost all saw their interests advanced, in some fashion, by Mr. Trump or his government.”

Eric Trump then questioned the timing of the report and attacked the credibility of The New York Times.

“We’re a hospitality company,” he said. “We’ve got tens of millions of people staying at our properties every single year. The New York Times is absolute fake news. All they want to do is take down my father.”

He added: “Every single day, every single day, literally starting the morning of the debate, they’ve dropped some story that they’ve been sitting on for literally the last six months or year or two years, to try and influence the election.”

When pressed by Karl about President Trump’s $421 million debt load as reported by The New York Times in late September, Eric Trump continued to push back, arguing that it was a consequence of conducting business.

“If you own buildings, if you own real estate, you carry some debt,” he said. “That’s what developers do, that’s what business owners do, they carry some debt…We have a phenomenal company, but there’s nothing new about that, and by the way, it’s the same debt that he got elected on.”

One doctor’s campaign to stop a covid-19 vac...