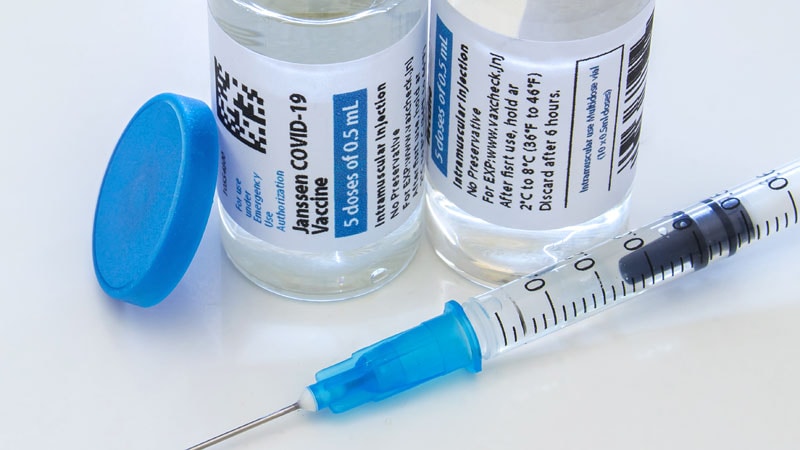 Editor’s note: The FDA and CDC lifted the pause on the Johnson & Johnson vaccine on Friday evening, within hours of ACIP’s decision.

Use of the Johnson and Johnson COVID-19 vaccine should resume in the United States for all adults 18 and over, an advisory panel for the Centers for Disease Control and Prevention (CDC) decided Friday.

The Advisory Committee on Immunization Practices (ACIP) panel voted for that recommendation 10-4 with one abstention. The announcement comes with an updated warning in the US Food and Drug Administration’s (FDA’s) Emergency Use Authorization (EUA) language directed at women under 50 who have an increased risk for a rare but serious blood clot disorder called thrombosis with thrombocytopenia syndrome (TTS).

As of April 21, 15 cases of TTS, with three deaths, all in women and 13 of them in women under 50, have been confirmed among 7.98 million doses of the Johnson and Johnson vaccine administered in the United States.

The one-dose vaccine was put on pause on April 13 by the FDA and the CDC after reports that six women developed a rare blood clotting disorder after they had received the Johnson and Johnson vaccine.

William Schaffner, MD, an infectious disease expert at Vanderbilt University in Nashville, Tennessee, and a nonvoting ACIP member, told Medscape Medical News that the panel made the right recommendation.

He applauded both the decision to restart the vaccine and the updated warning information in the EUA that “will explain [TTS] more fully to people, particularly women, who are coming to be vaccinated.”

As to women in the risk group needing to have a choice of vaccines, Schaffner said that will be addressed differently across the United States.

“Every provider will not have alternative vaccines in their location so there will be many different ways to do this. You may have to get this information and select which site you’re going to depending on which vaccine is available if this matter is important to you,” he noted.

ACIP made today’s decision after a 6-hour emergency meeting to hear evidence on benefit of Johnson and Johnson’s protective benefits against COVID-19 vs risk for TTS.

Tom Shimabukuro, MD, from the CDC, explained that TTS is a rare but serious and potentially fatal side effect.

Symptom onset seems to occur between 1 and 2 weeks after vaccination. Clinical features appear similar to what is being seen after the AstraZeneca COVID-19 vaccine in Europe.

Characteristics of case patients include a median age of 37 years and median time to onset of 8 days. Twelve of the cases were cerebral venous sinus thrombosis cases.

“There were no cases that were pregnant or post-partum,” Shimabukuro  said. “There were no patients with known coagulation disorders.”

He noted that, even though headache is a common symptom after COVID-19 vaccines, the headaches with TTS typically appear after 6 days rather than a day after the injection.

Shimabukuro said that though no TTS cases have been documented in men it doesn’t mean there is no risk for males. There could be cases that weren’t reported, he notes.

Age Comparison of TTS after J&J Vaccine in Women a

Sara Oliver, MD, MSPH, who leads the CDC’s COVID-19 Vaccines ACIP Work Group, laid out the work group’s thought process and modeling on each of four scenarios they studied.

Over 6 months under current conditions, she said, if the vaccine were resumed for all adults “we expect two TTS cases among 50- to 64-year-olds and 24 cases among those aged 18 to 49 years and a many greater times reduction in death and intensive care unit (ICU) admissions. Overall, if vaccination with the Johnson and Johnson vaccine were resumed in all adults, the model predicts that 26 cases of TTS would occur among the 9.8 million persons vaccinated and that about 2200 deaths and 1400 ICU admissions would be prevented.”

If the vaccine were resumed only for people ages 50 and older, there would be two cases of TTS predicted among 50- to 64-year-olds, Oliver said.

The number of deaths and ICU admissions prevented if restarting only in that age group would be much smaller, but the benefits would still outweigh the risks of not restarting.

“The model predicts two TTS cases and 3.6 million vaccinations, which would prevent around 250 deaths and 800 ICU admissions,” she said.

In the end, the wording the panel approved for its recommendation was simply, “The Janssen COVID-19 vaccine is recommended for persons 18 years of age and older in the U.S. population under the FDA’s Emergency Use Authorization.”

One of the two no votes came from Pablo Sanchez, MD, a professor of pediatrics at Ohio State University, who said he thought that the final “blanket recommendation,” didn’t go far enough given the risk and the severity of TTS.

“I think we have to have stronger language and make sure that people are informed appropriately,” he said.

The abstention came from a member who had a conflict of interest with involvement in a clinical trial.

Michael Streiff, MD, a clotting expert at Johns Hopkins University School of Medicine in Baltimore, Maryland, advised clinicians on the management of TTS.

Physicians should consult a hematologist to confirm the diagnosis and rule out others. Treat with a nonheparin anticoagulant, he said, and treat the thrombocytopenia with intravenous immunoglobulin, which blocks antibody activation of platelets and speeds recovery of platelets.

“Avoid platelet transfusions because that seems to feed the fire of this syndrome,” Streiff said.

Last week, ACIP members took no action after an emergency meeting on whether to end the pause on the Johnson and Johnson vaccine imposed on April 12 without acting and leaving the pause in place, as members said they needed more information on potential links to the clots and more data on patients affected.

The ACIP decision mimics that of the European Medicines Agency, which said on Tuesday it would resume shipping the vaccine to Europe, but recommended attaching a warning about a possible connection to blood clots.

Marcia Frellick is a freelance journalist based in Chicago. She has previously written for the Chicago Tribune, Science News, and Nurse.com, and was an editor at the Chicago Sun-Times, the Cincinnati Enquirer, and the St. Cloud (Minnesota) Times. Follow her on Twitter at @mfrellick.