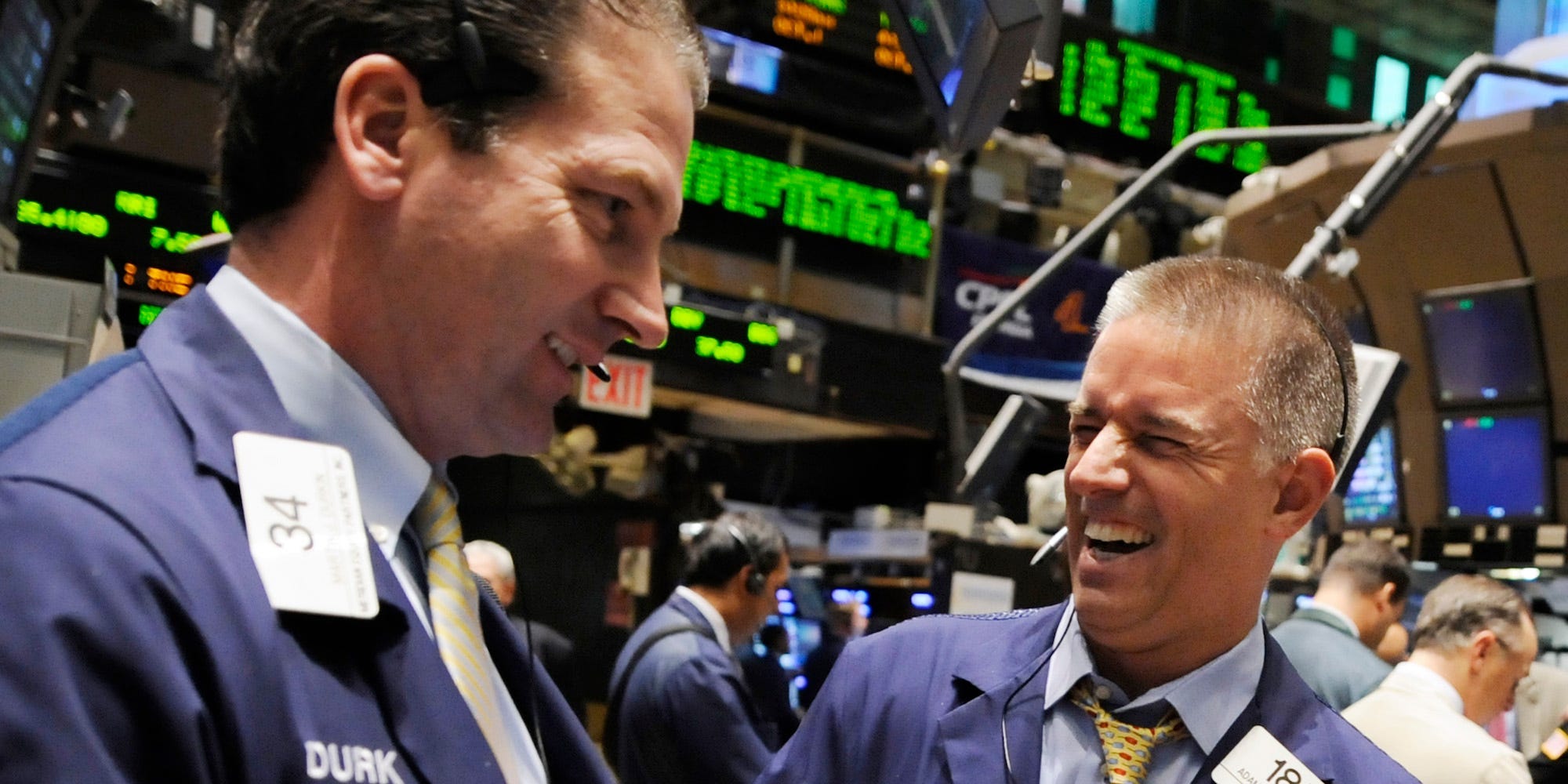 Tech giants continued their bounce back, with Apple, Microsoft, and Facebook all pushing indexes higher. In a pivot from recent rallies, bank stocks led major indexes higher as investors widened their positioning for the US economic recovery. Real estate and energy names also climbed.

Those hoping for a last-minute stimulus deal received encouraging commentary from House Speaker Nancy Pelosi on Sunday. Pelosi indicated that Democrats’ new $2.4 trillion proposal may come to a vote as soon as next week, and that she and Treasury Secretary Steven Mnuchin continue to hold talks on passing new relief.

“Given how far apart the two sides were, markets had all but given up on action prior to the election,” Jamie Cox, managing partner at Harris Financial Group, said. “Those expectations, which had been pricing in over the last week or so, are being unwound a bit today.”

Here’s where US indexes stood at the 4 p.m. market close on Monday:

Still, major banks aren’t optimistic toward the odds of a near-term breakthrough. Morgan Stanley lowered its fourth-quarter growth forecast for the US to 3.4% from 9.3% on Sunday, citing “diminishing fiscal support” for the bearish shift. Economists at Goldman Sachs, Bank of America, and JPMorgan have issued similar downward adjustments in recent weeks on the basis of unlikely stimulus progress.

Traders also cheered encouraging economic data out of China. The country’s industrial giants posted a fourth straight month of profit growth in August, the National Bureau of Statistics said. Earnings at large industrial companies leaped by 19.1%, slowing only slightly from July’s 19.6% reading. The report suggested similar rebounds in store for countries still early into their recoveries.

Monday’s uptick signaled that the final trading days of September could yield better results than past weeks. Friday’s gains failed to pull the market into a positive weekly return and notched stocks’ fourth straight weekly loss.

September is likely to be the first month of negative returns after stocks’ sharp rally through the summer. But price swings typically seen in October might make up for the losses, Chris Larkin, the managing director of trading and investment product at E-Trade, said

“Many expect the volatility and market drops to bleed into October, and while it’s historically the stock market’s most volatile month, it’s also been one of the most bullish with plenty of upside to go with the down,” he said, adding that October boasted the highest median return of any month.

Read more: The Fed’s pandemic response has created a ‘zombie horde’ of crumbling companies, says $702 billion Principal. Here are 4 portfolio moves that minimize the risks posed by these firms, and the worst-hit industries to avoid.

Inovio Pharmaceuticals tumbled after trading was temporarily halted ahead of the opening bell. The biotech firm announced on Monday that its trial of a coronavirus vaccine was under a temporary hold because of questions from the Food and Drug Administration. Inovio said it planned to answer the questions in October and resume the trial soon after.

HSBC soared after its largest shareholder bolstered its position in the bank. The firm’s shares gained in London trading as well.

Uber surged after a judge in the UK ruled that its service could continue in London.

Virgin Galactic rallied after Bank of America initiated coverage on the stock with a “buy” rating. The analysts’ price target implies shares of the space-travel company will more than double over the next year on “unparalleled” growth potential.

Oil erased early losses and rose as the US dollar dropped. West Texas Intermediate crude gained as much as 1.4%, to $40.80 per barrel. Brent crude, oil’s international standard, climbed 1.7%, to $42.62 per barrel, at intraday highs.

‘Expect more stock-market weakness’: A Wall Street strategist lays out how investors’ most-trusted defenses against crashes are failing them at a critical time