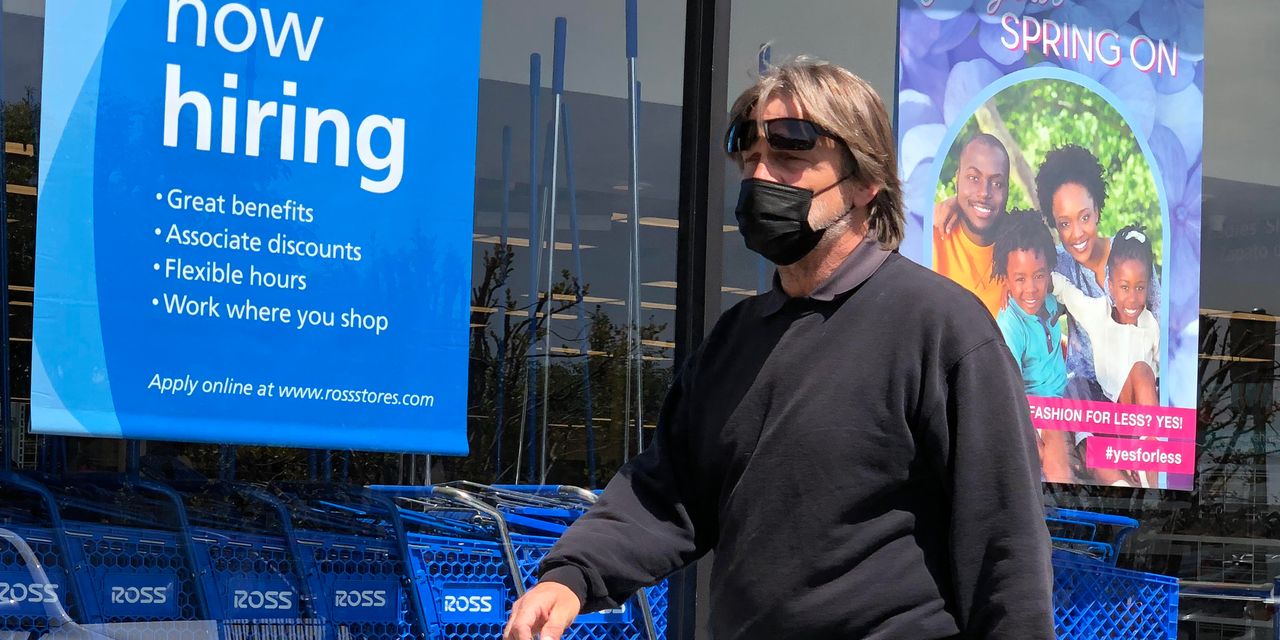 U.S. stock-index futures gained some altitude Friday morning, after the May nonfarm payrolls report showed a less-than-expected gain, leading investors to believe that the Federal Reserve will maintain its easy-money policies for longer.

How is the stock market performing?

On Thursday, the Dow
DJIA,

May’s employment report from the U.S. Labor Department showed that the U.S. created 559,000 jobs, falling well short of The Wall Street consensus estimate for a gain of 671,000, based on a poll of economists by Dow Jones and The Wall Street Journal.

The unemployment rate fell to 5.8% from 6.1%, compared with estimates of a dip to 5.9%. The official rate probably understates the true level of joblessness by 2 to 3 percentage points, economists say, but it is falling steadily.

The May report, however, will likely be interpreted as bullish for the market overall, if it leads the Fed to delay removing its pandemic-era monetary support, including the $120 billion a month asset-purchase plan.

“There is no doubt that we are going to see a lot of bounce around in this numbers as people continue to leave and come,” wrote Naeem Aslam, chief market analyst at AvaTrade, in a note after the NFP release.

The government data come after April data showed that just 266,000 new jobs were created on a seasonally adjusted basis, significantly missing economists’ forecast that had come in on average at around 1 million.

Check out: Why markets have been stuck, and what might get them moving again

Last month’s weaker-than-expected payrolls increase forced economists to revisit their predictions, leading Aneta Markowska, chief economist with Jefferies Financial Group, to say that she was uneasy with her own forecast after her bold 2.1 million forecast for April badly missed, as did most other estimates.

“This is probably the least conviction I’ve had on a payrolls forecast in my entire career,” she acknowledged. Jefferies’ best guess for May jobs this time around was 450,000.

See: A lot is riding on May jobs report after recent U.S. hiring lull

The nonfarm payrolls data also follow a reading of private-sector employment from Automatic Data Processing on Thursday, which reported a 978,000 increase in jobs created in May. However, the ADP reports haven’t always aligned with the more closely watched government report.

On Thursday, U.S. stock indexes ended down and the Dow halted a five-session win streak after upbeat economic data helped push up U.S. Treasury yields which in turn weighed on technology and other growth-oriented stocks that are more sensitive to rising interest rates.

Investors were also keeping one eye on discussions around an infrastructure spending proposal, after President Biden signaled that his administration would be willing to make concessions on corporate taxes to forge a deal.