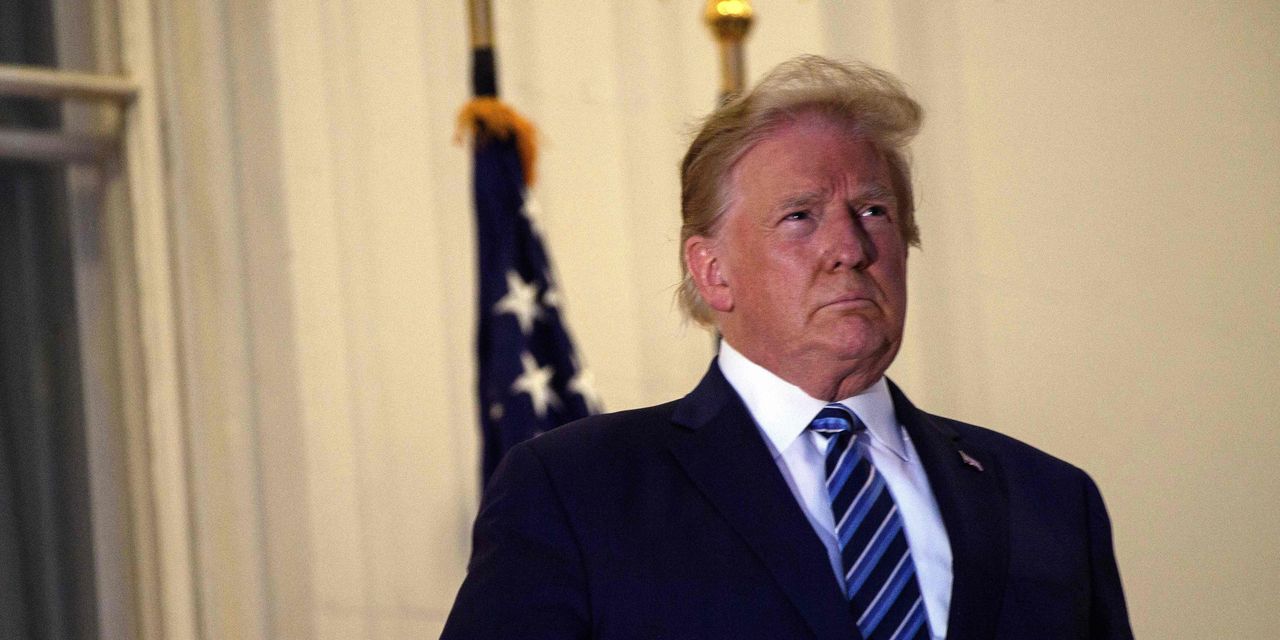 Stocks swooned after Trump said in a tweet that he would stop negotiating on another fiscal stimulus bill until after the November elections and would focus on advancing Amy Coney Barrett’s confirmation to the Supreme Court. His comments came the day after he left Walter Reed Medical Center after a three-night stay.

“Certainly, there was this continual hope in markets that we would get something through [on fiscal stimulus]. That’s now been pushed out by Trump,” Max Gokhman, head of asset allocation at Pacific Life Fund Advisors, told MarketWatch.

Fears the economic recovery could stall without another round of fiscal support have been on the rise just as unemployment began falling again in recent months as businesses reopened from lockdowns imposed to combat the coronavirus pandemic.

Crunchtime is approaching for a fiscal deal, said Tom Plumb, portfolio manager of the Plumb Balanced Fund, in an interview.

A plea Monday by management of Southwest Airlines
LUV,

to union workers to make sacrifices due to the inaction of the federal government was a “shot across the bow,” Plumb said.

As traditionally well-managed companies suffer, the potential for mass layoffs and other hardship come more sharply into focus, he said.

In a speech to the National Association for Business Economics, Powell repeated that the U.S. economy needs more fiscal support even though the recovery from the “natural disaster” of the coronavirus pandemic so far has been strong.

plunged 57% on Monday, after the world’s second-largest movie chain confirmed it will temporarily close its cinemas in the U.K. and the U.S., putting 45,000 jobs at risk.

In economic data, the U.S. trade deficit climbed almost 6% in August to $67.1 billion, the third widest gap on record, reflecting a continuing struggle by American exporters to recover all the ground lost in the early stages of the coronavirus pandemic. Economists polled by MarketWatch has forecast a $66.7 billion trade gap.

Hiring and job openings in the private sector fell in August in a sign the U.S. labor market was cooling off as an economic recovery lost some of its earlier momentum, a government survey showed.

What are other markets doing?

fell 1.9 basis points to 0.741%. Yields and bond prices move in opposite directions.

The greenback is up 0.2% for the day based on trading in the ICE U.S. Dollar Index.
DXY,