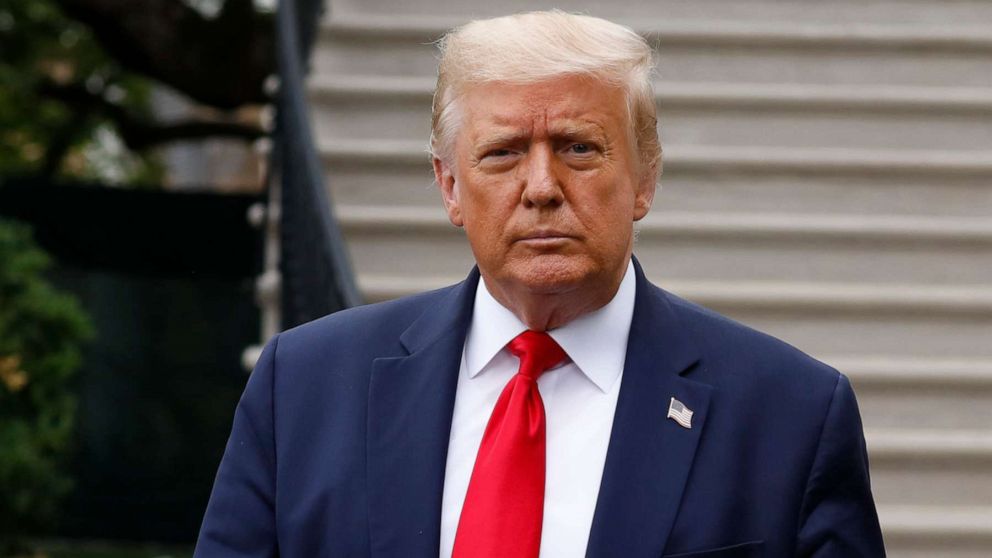 The ruling is a reversal of the stance the DOJ took when it was under Trump.

The Justice Department’s Office of Legal Counsel has determined the Treasury Department must hand over former President Donald Trump’s tax returns to the House Ways and Means Committee.

The opinion, posted Friday, says that while the committee “cannot compel the Executive Branch to disclose [tax information] without satisfying the constitutional requirement that the information could serve a legitimate legislative purpose,” the Ways and Means Committee in this instance ‘”invoked sufficient reasons for requesting the former President’s tax information.”

Ways and Means Committee Chairman Rep. Richard Neal first requested six years’ worth of Trump’s tax returns in April of 2019, in addition to tax returns for eight of Trump’s businesses, under a 97-year-old law that requires the Treasury secretary to “furnish” the returns of any taxpayer to the chairman of the tax-writing panel by request.

In explaining the “legislative purpose” of the request, which Neal would need to prove under law in order to secure the returns, Neal said the committee had been “considering legislative proposals and conducting oversight related to our Federal tax laws, including … the extent to which the IRS audits and enforces the Federal tax laws against a President.”

As both a candidate and during his presidency, Trump vigorously resisted making his tax returns public, and his Justice Department backed him in his legal fight against the Ways and Means Committee, determining Neal’s reasoning didn’t amount to a legitimate legislative purpose.

It’s not immediately clear when the Treasury Department would actually hand over Trump’s tax returns. A recent filing in the case states that Trump would need to be given 72 hours’ notice before his returns are transmitted to the Hill, giving him an opportunity to potentially appeal the decision.

If the committee is provided Trump’s tax returns, Neal would be able to designate lawmakers and committee staff to review them in a private setting — but it would still be a felony to release them publicly. However, the panel could potentially vote to enter the returns into the public record, according to the committee’s rules.

House Speaker Nancy Pelosi reacted to news of the Justice Department’s decision in a statement Friday, applauding the administration for delivering “a victory for the rule of law.”

“Access to former President Trump’s tax returns is a matter of national security,” Pelosi said. “The American people deserve to know the facts of his troubling conflicts of interest and undermining of our security and democracy as president.”

In February, eight years of Trump’s tax returns were handed over to Manhattan District Attorney Cy Vance’s office following a years-long court battle that escalated all the way to the Supreme Court.

While the returns could be used as evidence in Vance’s ongoing criminal investigation of Trump and his company, their public release is restricted by grand jury secrecy rules.