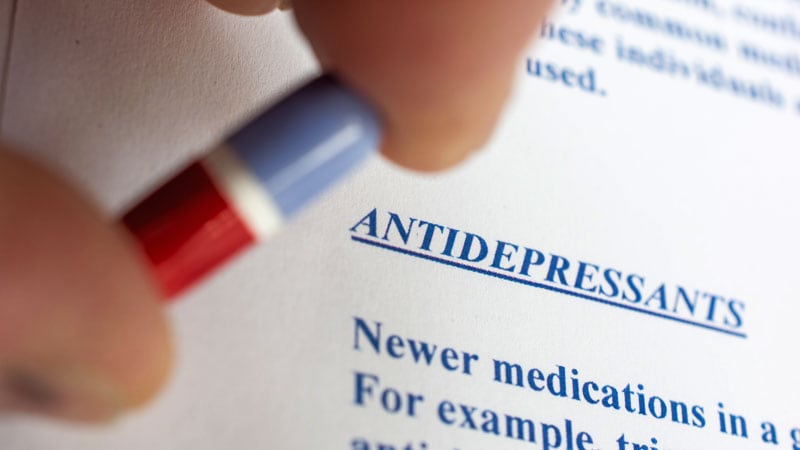 Contrary to previous findings, selective serotonin reuptake inhibitors (SSRI) are not associated with an increased risk of intracerebral hemorrhage (ICH), results of a large observational study show. However, at at least one expert urged caution in interpreting the finding.

“These findings are important, especially since depression is common after stroke and SSRIs are some of the first drugs considered for people,” Mithilesh Siddu, MD, of the University of Miami/Jackson Memorial Hospital, Miami, Florida, said in a statement.

However, Siddu said “more research is needed to confirm our findings and to also examine if SSRIs prescribed after a stroke may be linked to risk of a second stroke.”

The findings will be presented at the American Academy of Neurology (AAN) 2021 Annual Meeting in April.

SSRIs, the most widely prescribed antidepressant in the US, have previously been linked to an increased risk of ICH, possibly as a result of impaired platelet function.

To investigate further, the researchers analyzed data from the Florida Stroke Registry (FSR). They identified 127,915 patients who suffered ICH from January 2010 to December 2019 and for whom information on antidepressant use was available.

They analyzed the proportion of cases presenting with ICH among antidepressant users and the rate of SSRI prescription among stroke patients discharged on antidepressant therapy.

Antidepressant users were more likely to be female; non-Hispanic White; have hypertension; have diabetes; and use oral anticoagulants, antiplatelets, and statins prior to hospital presentation for ICH.

In multivariable analyses adjusting for age, race, prior history of hypertension, diabetes and prior oral anticoagulant, antiplatelet and statin use, antidepressant users were just as likely to present with spontaneous ICH as non-antidepressant users (odds ratio [OR] 0.92; 95% CI, 0.85 – 1.01).

A total of 3.4% of all ICH patients and 9% of those in whom specific antidepressant information was available were discharged home on an antidepressant, most commonly an SSRI (74%).

The authors note a key limitation of the study: some details regarding the length, dosage, and type of antidepressants were not available.

Reached for comment, Shaheen Lakhan, MD, PhD, a neurologist in Newton, Massachusetts and executive director of the Global Neuroscience Initiative Foundation, urged caution in making any firm conclusions based on this study.

“This study incompletely addresses the first because it is known that SSRIs have a variety of potencies. For instance, paroxetine is a strong inhibitor of serotonin reuptake, whereas bupropion is weak. Hypothetically, the former has a greater risk of ICH. Because this study did not stratify by type of antidepressant, it is not possible to tease these out,” Lakhan said.

“The second question is completely unaddressed by this study and is the real-concern in clinical practice, because the chance of re-bleed is much higher than the risk of first-time ICH in the general population,” he added.

The study had no specific funding. Siddu and Lakhan have disclosed no relevant financial relationships.