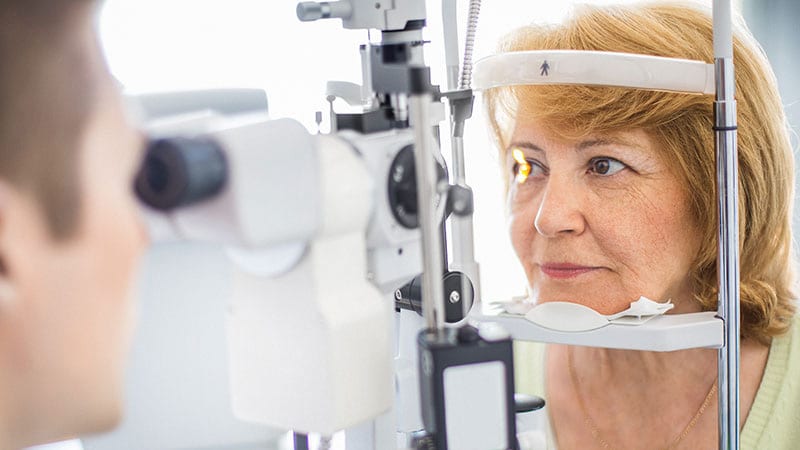 A program in which optometrists conduct in-office diabetes screening is now being expanded based on successful pilot data.

The program is sponsored by VSP Vision Care, a vision benefits company with over 40,000 network optometrists and nearly 90 million consumer members worldwide. “Optometrists are often the first to detect signs of diabetes by looking at the blood vessels in the eye during a comprehensive eye exam,” the company said in a statement.

In the pilot program, conducted from May 2019 to February 2019 in 12 VSP practices in five states, 818 patients who had come in for their annual vision exam were given the American Diabetes Association Risk Test for type 2 diabetes, and 287 identified at risk were offered an in-office fingerstick hemoglobin A1c test.

Materials were provided free to the optometrists, who were paid a professional fee to perform the HbA1c screenings.

Of the 287 eligible for the HbA1c test, 85% took it. Of those 244, 31% and 5% had levels in the prediabetes and diabetes range, respectively. None had been aware of their status previously, and 92% rated the screening as an extremely or very positive experience.

Now, VSP is expanding the pilot program for another year with two large clients in Ohio covering about 90,000 members.

“Coupled with the fact that VSP members are more likely to get their annual eye exam over their annual physical exam with their primary care physician, HbA1c screenings provided by eye doctors offer another critical way to detect the chronic condition earlier and help prevent eye disease and even vision loss caused by diabetes,” according to the statement.

The optometrist also educates the patient about the connection between eye health and overall health and provides them with a flier that gives tips on lifestyle changes they can make to help slow or prevent the progression to type 2 diabetes, the spokesperson said.

The pilot program is part of an alliance between VSP and the American Diabetes Association formed in November 2019 to raise awareness of eye health in people with diabetes and those at risk for it.