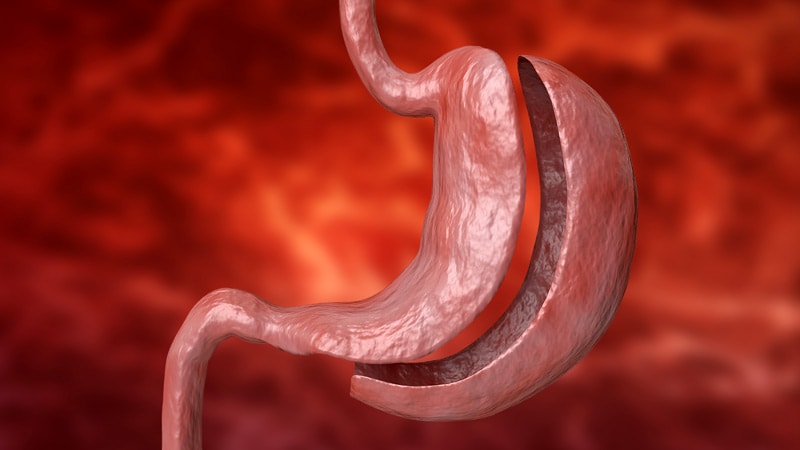 People with diabetes may benefit less from bariatric surgery, compared with those without the disease, according to a retrospective review of patients receiving both sleeve gastrectomy and gastric bypass.

The difference was particularly pronounced and persistent for patients who had gastric bypass, Yingying Luo, MD, said during a virtual news conference held by the Endocrine Society. The study was slated for presentation during ENDO 2020, the society’s annual meeting, which was canceled because of the COVID-19 pandemic.

“Our findings demonstrated that having bariatric surgery before developing diabetes may result in greater weight loss from the surgery, especially within the first 3 years after surgery and in patients undergoing gastric bypass surgery,” said Dr. Luo.

More than a third of U.S. adults have obesity, and more than half the population is overweight or has obesity, said Dr. Luo, citing data from the Centers for Disease Control and Prevention.

Bariatric surgery not only reduces body weight, but also “can lead to remission of many metabolic disorders, including diabetes, hypertension, and dyslipidemia,” said Dr. Luo, a visiting scholar at the University of Michigan’s division of metabolism, endocrinology, and diabetes. However, until now, it has not been known how diabetes interacts with bariatric surgery to affect weight loss outcomes.

To address that question, Dr. Luo and her colleagues looked at patients in the Michigan Bariatric Surgery Cohort who were at least 18 years old and had a body mass index (BMI) of more than 40 kg/m2, or of more than 35 kg/m2 with comorbidities.

At baseline, and yearly for 5 years thereafter, the researchers recorded participants’ BMI as well as their lipid levels and other laboratory values. Medication use was also tracked. Patients with a diagnosis of diabetes also had their hemoglobin A1c levels recorded at each visit.

At baseline, 149 (39.2%) of the gastric bypass patients had diabetes, compared with 108 (32.3%) of the sleeve gastrectomy patients, but the difference was not statistically significant.

About two-thirds of the full cohort were tracked for at least 5 years, which is still considered “a good follow-up rate in a real-world study,” said Dr. Luo.

The researchers conducted further statistical analysis – adjusted for age, gender, surgery type, and baseline weight – to examine whether diabetes still predicted future weight loss after bariatric surgery. After those adjustments, they still found that “the presence of diabetes before surgery is an indicator of future weight loss outcomes,” said Dr. Luo.

The differences in outcomes for those with and without diabetes tended to diminish over time in looking at the cohort as a whole. However, greater BMI reduction for those without diabetes persisted for the full 5 years of follow-up for the gastric bypass recipients. Those trends held when the researchers looked at the proportion of patients whose BMI dropped to below 30 kg/m2, and those who achieved excess weight loss of more than 50%.

Dr. Luo acknowledged that an ideal study would track patients for longer than 5 years and that studies involving more patients would also be useful. Still, she said, “our study opens the door for further research to understand why diabetes diminishes the weight loss effect of bariatric surgery.”

The research will be published in a special supplemental issue of the Journal of the Endocrine Society. In addition to a series of news conferences on March 30-31, the society will host ENDO Online 2020 during June 8-22, which will present programming for clinicians and researchers.

Dr. Luo reported no outside sources of funding and no conflicts of interest.