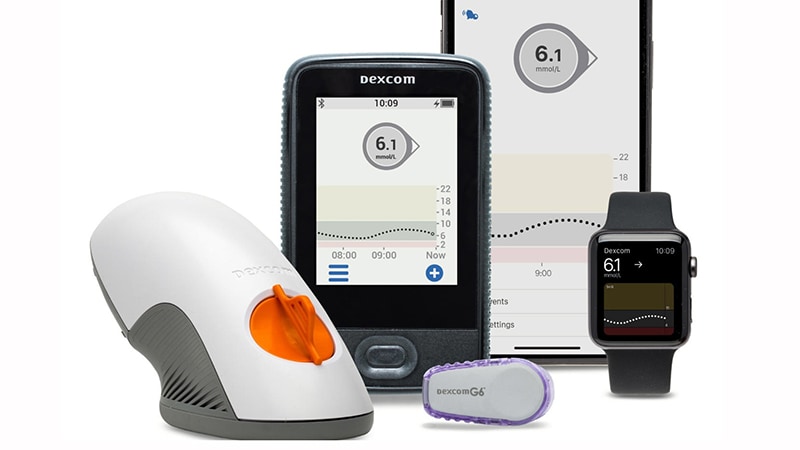 Wider use of the Dexcom G6 real-time continuous glucose monitoring (RT-CGM) system in the United Kingdom would be cost-effective in the long term, new research suggests.

The analysis was published in the October issue of Diabetes Care. The lead author of the article was Stéphane Roze, chief executive officer of the Vyoo Agency (formerly HEVA HEOR), which carries out medical cost-effectiveness analyses.

Up to 25% of people with type 1 diabetes in the United Kingdom meet at least one of these criteria. Yet, funding is limited, and self-pay is common.

“For UK-based type 1 diabetes patients, the G6 RT-CGM device is associated with significant improvements in clinical outcomes and, over patient lifetimes, is a cost-effective disease management option relative to SMBG on the basis of a willingness-to-pay threshold of GBP 20,000 [USD 26,032] per QALY [quality-adjusted life year] gained,” Roze and colleagues write.

Currently, Kar said, more people in the United Kingdom use the less-expensive Abbott Libre FreeStyle 14-day “flash” glucose monitoring system. The first version of that system, approved in Europe in 2014, does not include alarms for high and low glucose levels. A newer version with optional alarms, the Libre 2, was approved in 2018 but is not yet available in the United Kingdom. An even newer version, the Libre 3, was recently cleared for use in Europe.

According to Kar, the Libre 2 is due to arrive in the United Kingdom in early 2021. “The NHS is happy to welcome its arrival, when it does. We hope Libre 3 will follow sharply afterwards,” he said.

The new data suggest that the Libre may have competition in the United Kingdom.

The analysis by Roze and colleagues was performed using a validated computer simulation that projects long-term outcomes for patients with type 1 or type 2 diabetes, including cardiovascular, ophthalmic, and renal complications, as well as peripheral neuropathy, foot ulcers, amputations, and hypoglycemic events.

The patient data used in the model came from the prior DIAMOND trial, which included 158 people with type 1 diabetes who received multiple daily insulin injections. The patients were randomly assigned to RT-CGM or SMBG (mean 4.6 tests/day) for 24 weeks. The mean age of the patients was 48 years, the mean duration of diabetes was 20 years, and the mean A1c level was 8.6% (70 mmol/L).

On the basis of the DIAMOND results, the cost-effectiveness analysis assumed a mean A1c reduction of 1.0 percentage points with RT-CGM, vs 0.4 with SMBG. Severe hypoglycemia rates were 4.2, vs 12.2 per 100 patient-years.

Most of the higher cost was due to the RT-CGM system itself, but savings resulted from improvement in long-term reductions in complications and hypoglycemic events. At a willingness-to-pay threshold of £20,000, the probability of RT-CGM being considered cost-effective was about 99%.

In a secondary analysis of patients with baseline A1c ≥8.5% (69 mmol/L; mean, 9.1% per 76 mmol/L), use of RT-CGM was associated with an incremental gain of 1.39 QALYs in comparison with SMBG, and total mean lifetime costs were £13,176 higher than with SMBG, resulting in an ICER of £9,478/QALY gained and a 98% probability of being considered cost-effective.

“The findings presented here suggest that RT-CGM improves long-term outcomes relative to SMBG and that initial acquisition costs are at least partially offset by savings owing to a reduction in the incidence of long-term complications,” Roze and colleagues write.

The sensitivity analysis, they say, “revealed that RT-CGM was most cost-effective in patient groups meeting the NICE eligibility criteria for RT-CGM, in particular, those with elevated A1c at baseline, FoH [fear of hypoglycemia], frequent SHEs [severe hypoglycemia episodes], and high levels of SMBG use.”

The authors also point out that the findings may be conservative, because the RT-CGM used in the DIAMOND trial was the older Dexcom G4.

That system has been superseded by the G6, which incorporates an “urgent low soon” alert that allows users to take action to prevent hypoglycemia.

“It is therefore plausible that the treatment effect in this analysis in terms of hypoglycemic event rate, and potentially also FoH [fear of hypoglycemia], in patients using RT-CGM may have been underestimated,” the authors write.

“The findings presented here provide UK-based payers and policymakers with valuable information relating to the cost-effectiveness of RT-CGM in T1D [type 1 diabetes],” they conclude.

The study was funded by Dexcom, which paid Roze’s company for the analysis. Kar has disclosed no relevant financial relationships.