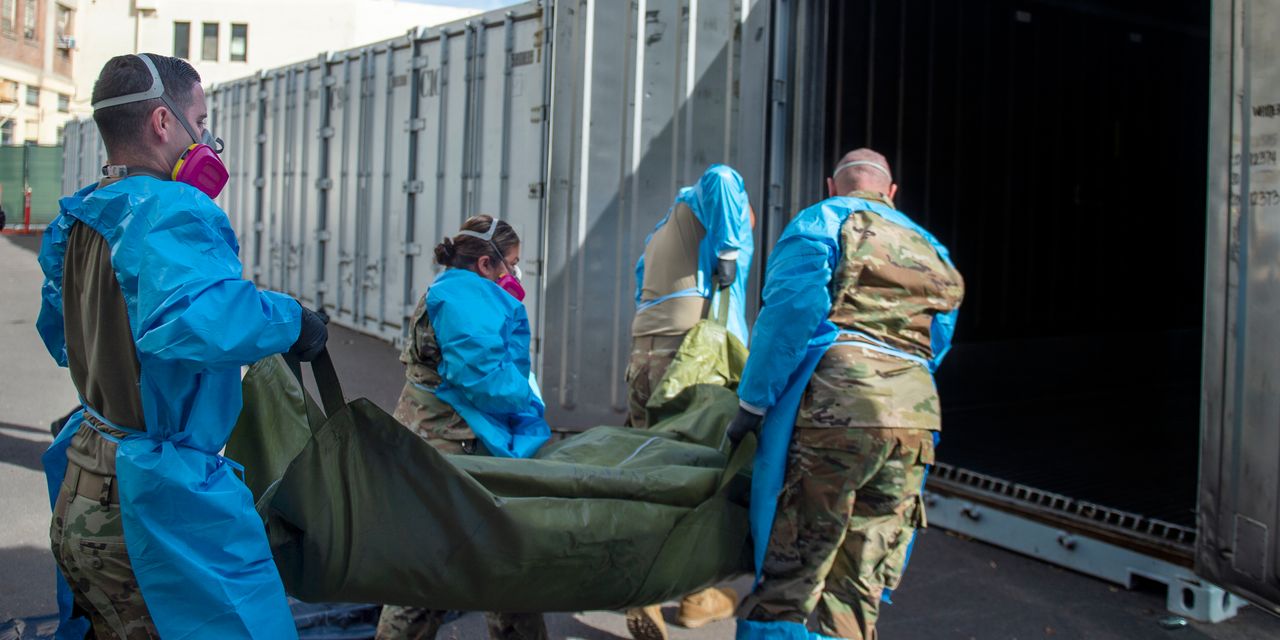 The U.S. edged closer to 500,000 coronavirus deaths Sunday, a “devastating” milestone reflecting how COVID-19 has ravaged the U.S. far worse than any other country.

“It’s terrible. It is historic. We haven’t seen anything even close to this for well over a hundred years since the 1918 pandemic of influenza,” Dr. Anthony Fauci said Sunday on NBC’s “Meet the Press.”

“It’s something that is stunning when you look at the numbers, almost unbelievable, but it’s true,” Fauci, the nation’s top infectious disease expert, added. “This is a devastating pandemic, and it’s historic. People will be talking about this decades and decades and decades from now.”

As of late Sunday, 498,879 Americans have died from COVID-19, according to data from Johns Hopkins University. That’s about twice as many deaths as the next-hardest-hit country, Brazil, which has about 247,000 deaths. About 2.5 million people have died worldwide, according to Hopkins data. Overall, the U.S. has had more than 28.1 million cases, also the most in the world by far, almost three times the totals of India and Brazil. More than 111.3 million people have been infected worldwide.

The death toll is far higher than the government’s predictions last March, when the Trump administration estimated there could be 100,000 to 240,000 deaths.

Over the past year, COVID-19 has killed about one in every 670 Americans.

While coronavirus cases are declining sharply as more people get vaccinated, Fauci said now is not the time to relax.

“The slope of downward trajectory is really very good and very impressive,” Fauci told Fox News in a separate interview Sunday. “The one thing we don’t want to do is to be complacent that it’s coming down so sharply that now we’re out of the woods because we are still at a baseline of daily infection that’s quite troublesome.”

Despite the grim milestone, there is optimism headed forward. With supply constraints of vaccine doses easing, the Biden administration is looking to pivot its efforts toward distributing shots at a quicker pace, with a goal if vaccinating all eligible adults by the end of summer.

The White House said Biden will deliver remarks at sunset Monday in memory of those who have died in the pandemic. He and first lady Dr. Jill Biden, along with Vice President Kamala Harris and her husband, Doug Emhoff, will observe a moment of silence and light candles during a ceremony at the White House.

The top online classes in the UK...

This tiny particle accelerator fits in a large...