Debt collectors should be forced to stop hounding Americans 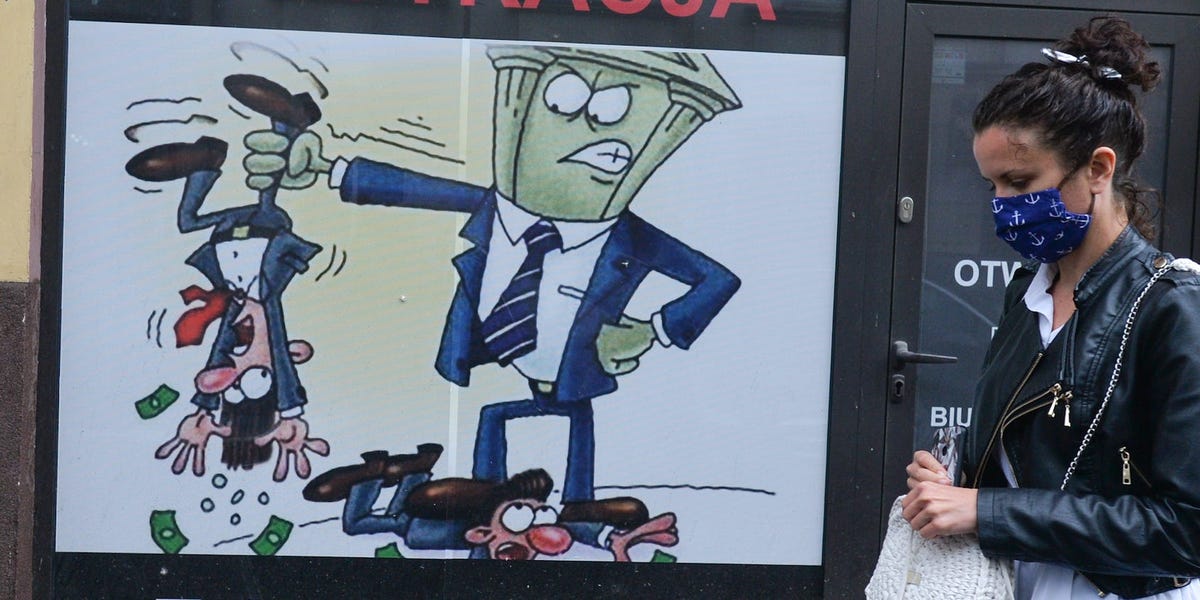 A debt collector has been calling me multiple times a day since March. Ironically, they are calling to bug me about a medical bill. I don’t think I actually owe the bill in question, but that’s beside the point.

Harassing people about relatively minor (and possibly inaccurate) debts during a deadly pandemic that destroyed the economy is a special kind of low. It’s even worse when some of those debts are a direct result of that same pandemic.

As has been the case for most of the year, many Americans are in a panic trying to figure out how they will pay essential bills and keep a roof over their heads — while also trying to cobble together some semblance of a “normal” holiday celebration and hoping they and their families manage to stay healthy as cases around the country spike.

Haggling with a debt collector about whether they owe a few hundred dollars for a three-year-old X-ray isn’t high on the priority list. Instead, it just adds psychological stress at a time when many of us already have too much.

A blanket federal moratorium on all collection efforts for consumer debt during the pandemic would have alleviated one significant and totally avoidable source of stress for many overburdened Americans.

Instead, for the most part, debt collectors have been able to continue business as usual. Countless times a day, these debt collectors will reach someone who is unemployed, financially struggling, experiencing medical distress, mourning a loved one who died of COVID-19, or any combination of these. Based on my own experience and many reports I’ve seen on social media, our current reality hasn’t stopped these outfits from continuing their normal tactics.

The particular debt collector — or “accounts receivable management firm,” as they apparently prefer to call themselves — who has been calling me has a tendency to be very persistent in their tactics, according to numerous online reports. There is a long list of complaints posted on the Better Business Bureau site from people claiming this company is harassing them about bills which, in many cases, the consumers claim they know nothing about or have already paid.

This is far from an isolated incident, and in fact has been a widespread problem that has caused additional stress and financial hardship for people who are already barely keeping their heads above water.

Some debt collectors even swooped in and grabbed stimulus checks before the recipients had a chance to see a penny, prompting some states to enforce restrictions on what actions debt collectors can take with regards to federal stimulus payments.

For a while earlier in the pandemic, debt collectors weren’t able to initiate as many new garnishments, liens, and other usual legal actions only because many civil courts were closed or operating at a reduced capacity. But things have since picked up steam once again. An investigation by ProPublica found that a handful of debt collectors have filed thousands of suits against debtors since the summer. Garnishments that were already in place before COVID can also continue without interruption. And debt collectors’ other favorite tactics — such as hounding people incessantly by phone — haven’t taken a break despite the crisis.

In March, the Massachusetts attorney general’s office issued an emergency regulation banning calls by debt collectors (along with other collection tactics) during the pandemic. Not surprisingly, a large trade organization representing debt collectors immediately sought to block the order, and in May, a federal district judge issued a temporary restraining order preventing the state from enforcing the rule.

It’s an especially cruel twist when debt collectors are calling about old medical bills during a deadly pandemic — and a time when, as a vicious bonus, the Trump administration attempted to rip healthcare access from millions of the most vulnerable Americans.

States are also trying to get back overpaid unemployment benefits

There’s also now a new particularly ironic and callous angle on debt collection during the pandemic: states are pursuing jobless residents to repay alleged overpayments in unemployment benefits. These are people who lost their jobs due to COVID, navigated seemingly endless bureaucratic hurdles and red tape to get benefits in the first place, and are now being told they were paid too much, often due to administrative error that was no fault of their own.

That money is long gone, used to pay essential household bills — as it was intended — but states still expect the recipients to pay it back. And if you have ever owed money to the state or federal government, you know they can be relentless in finding ways to force you to pay that tab, even if you don’t have the means to do so.

Ideally, we would live in a society where we didn’t have “medical debt” or pandemic unemployment overpayments, let alone the strong-arm collection tactics to shake people down to pay that debt. But for now, people worried about whether they and their loved ones can survive shouldn’t be saddled with the additional anxiety of debt collectors hounding them.

Bridgewater's Ray Dalio: US on 'brink' of civi...

EY says it will be 'carbon negative' by end of...