Cupertino, we got a problem! I can’t find my iPad Pro selfie camera (Help, Apple!) 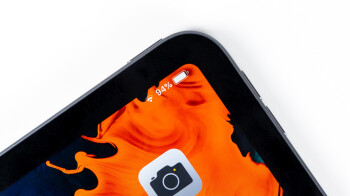 If you know, you know…

We are less than two weeks from Apple’s September 14 event where the Cupertino-based company is expected to unveil:
The focus of this story is Apple’s iPad. Not a particular model, but all of them – the standard iPad, the iPad Air, the iPad Mini, and the iPad Pro. One design element that all of them share is the front-facing camera placement for taking video calls and selfies (if you are that person).I’ve owned the iPad Pro for probably about half a year at this point. It’s a brilliant device that you can easily live without if you already have a smartphone. I used to take handwritten notes on the iPad Pro, but I gradually stopped. Then I bought a PS4 controller and started playing Call of Duty, which is loads of fun.

Another thing I use the iPad Pro for is video calls. It has a far superior camera compared to an older MacBook, and I have one of those cases that also works as a stand. It’s a brilliant $10 investment. These are the best iPad Pro cases if you’d like to find one for yourself.

It’s not a coincidence that laptop cameras are placed where they are placed – in the middle.

However, every traditional case, including Apple’s own Smart Folio case, Smart Keyboard Folio, the Magic Keyboard, etc., will hold the iPad in a horizontal position – as they should. The problem with this is that the front camera would absolutely always drift off towards the left or right. Inconveniently, the fully black bezels on the iPad Pro “help” disguise it perfectly.

So, every time I take a video call, I find myself constantly adjusting my sitting position and the iPad. The problem is that you simply can’t be centered in the frame since the camera is in the far left, and I always forget where to look, so the eye contact with the person at the other end is always compromised. And that’s on an 11-inch iPad! Image what it’s like on the bigger 12.9-inch model…

To give credit where it’s due – Face ID works well from any position, even if you’re holding the iPad upside down or sideways. What Apple should consider is moving the iPad Pro’s front-facing camera to the side instead of the top. This way, the most natural position for taking calls will always be favored.

Sure, this might introduce another problem – you might cover the camera with your fingers while holding the iPad vertically, but this holds true now, anyway – except, now, it applies to when you’re holding the iPad horizontally.

Why not? You’ll never cover your front-facing camera and Face ID will have 50% better chance at… doing its thing.

Of course, the ultimate solution would be to give the iPad Pro two front cameras. In fact, one of them doesn’t necessarily need to support Face ID – that’s not needed for taking video calls. It’s not going to be a huge investment on Apple’s side. However, the sheer convenience of this little upgrade could be game-changing.

If the iPad had cameras on the top and on the side, we wouldn’t have to:

On the other hand, having Face ID on both the top and sides will be absolutely brilliant and ideal. Theoretically, this should make Face ID 50% better and more likely to work every time you need it. So, the benefits are quite complex.It’s a functional design element that can go a long way. Apple has always shown an appreciation for aesthetic design. Although I personally prefer Touch ID, the Face ID integration on the iPad is pretty good and functional. When it works, it works no matter the orientation. Just bear in mind, the angle is still a factor – you can’t unlock the iPad while it’s sitting on a table.

Size matters. The new iPad Mini (left) should sooort of solve the problem.

The bad news about Apple’s upcoming iPads, which are said to be unveiled on September 14 alongside the new iPhone 13, Apple Watch Series 7, and AirPods 3, is that the standard iPad (9th Gen) certainly isn’t getting two front cameras.

The good news is that the most compact of all iPads – the iPad Mini (6th Gen) is said to switch to the new flat-edge and unibezel design like the iPad Pro and iPad Air. The smaller form factor will make the position of the iPad during video calls less relevant, so you wouldn’t be nearly as off-center as with a 12.9-inch iPad Pro. We’re sure this is a pure coincidence, but we’ll take it.

Meanwhile, it looks like we’ll have to wait until the next iPad Pro or iPad Air redesign to see if Apple’s engineers are on the same page as me on the front-cameramatter.