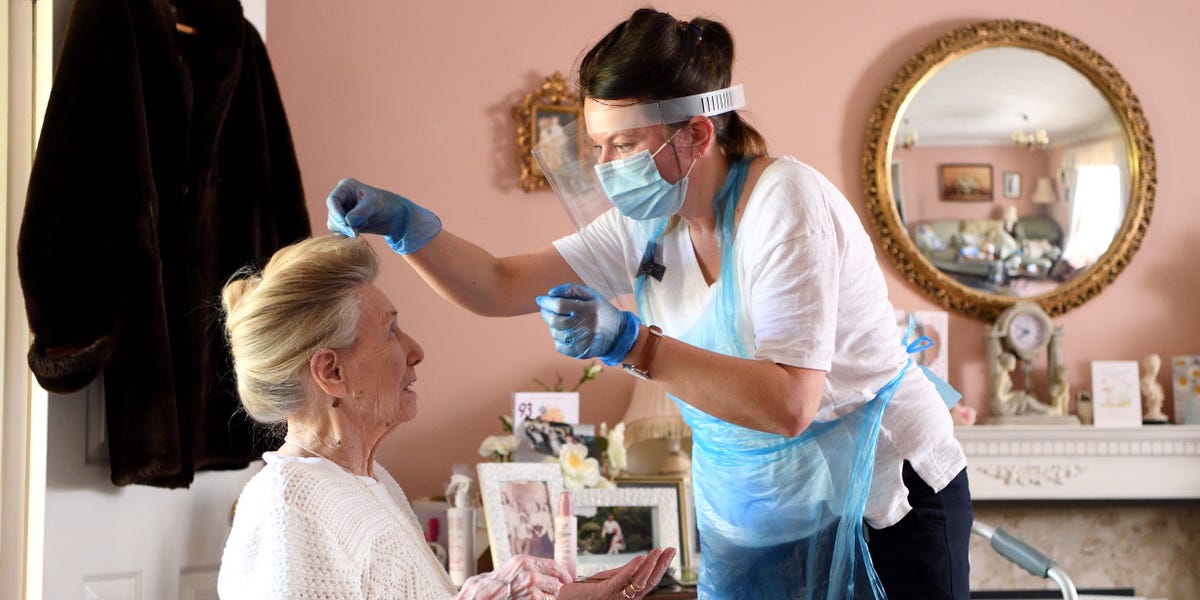 More than 18,000 untested elderly people died of COVID-19 in British care homes in what a damning new report from Amnesty International has described as a violation of their human rights.

Between March and June, over 28,116 “excess deaths” were recorded in care homes in England, with 18,500 of them confirmed to have been from COVID-19, according to the human rights group’s Crisis Response team.

The report. entitled As If Expendable: The UK Government’s Failure to Protect Older People in Care Homes during the COVID-19 Pandemic, found that many of the deaths were “entirely avoidable.”

Amnesty International, the world’s leading human rights group,  has called for the public inquiry promised by the government in July to begin immediately in a move that would compel the government to release confidential records and documents.

Ministers, including Secretary of State for Health, Matt Hancock, would also be required to testify under oath and attempt to justify their actions, which Amnesty International has called “shockingly irresponsible.”

Until March 13, two days after the World Health Organization (WHO) declared coronavirus a global pandemic, Public Health England had said that “there is no need to do anything differently in any care setting at present.”

Four days later, the government ordered the discharge of 25,000 hospital patients into care homes and reiterated the instruction at the beginning of March despite the WHO confirming the existence of pre-symptomatic cases on the very same day.

The Amnesty report also raised particular concerns about the inappropriate use of “do not attempt resuscitation” (DNAR) orders issued to care managers who were told to add the instruction to residents’ files as a blanket approach.

Donatella Rovera, Amnesty International’s Senior Crisis Adviser and author of the report, told Business Insider: “The DNAR orders have not been revised since they were imposed and we are calling for the government’s Department of Health and Social Care to immediately investigate the issue and every single case individually.

“It is imperative that lessons are learned so that the same mistakes are not repeated, and that those responsible for such disastrous decisions are held accountable.”

Care home residents were often denied access to NHS services they were entitled to, the report found. Staff and relatives told Amnesty that sending residents to hospital was heavily discouraged or outright refused, “violating their right to health and potentially their right to life, as well as their right to non-discrimination,” according to the report.

Official figures showed admissions to hospital for care home residents decreased substantially during the pandemic, with 11,800 fewer admissions during March and April compared to previous years.

There were also cases of doctors across the country refusing to enter care homes and only being available for consultations by phone or video call, regardless of a sick resident’s symptoms or even in the case of end-of-life support.

Deborah Doyle, a spokesperson for COVID-19 Bereaved Families for Justice, told Business Insider: “We’re really grateful to Amnesty for doing this valuable work. We totally agree with their conclusion that the country needs a public inquiry with a “rapid review” first phase.

“Rapid reviews have taken place after other major public crises, and they can be completed within weeks. If that process began now, we could learn lessons before Christmas and quickly begin saving more lives.”

The report also highlighted that the government had initially advised against using personal protective equipment (PPE) “if neither the care worker nor the individual receiving care was symptomatic” and said it was “heedless at best.”

While access to PPE has improved recently, care home staff in the report told of how they struggled to access it initially and how they had no access to testing, despite having to interact with infected patients discharged from hospital.

It was not until June that care home residents aged 65 and older were offered it and the introduction of regular testing was not announced until July.

Speaking to Business Insider, Liberal Democrat Leader, Ed Davey described the report as “an utterly damning indictment of the way in which this Conservative government has treated some of the most vulnerable in our society.”

He added: “There are serious questions to be answered about whether at the top levels of government a decision was made to see tens of thousands of people’s loved ones as entirely expendable.”

Amnesty International is calling for the government to order a thorough review of the DNA forms in care home residents’ care plans and medical plans to ensure they weren’t imposed arbitrarily as part of their inquiry.

The human rights group is also calling for the government to ensure that residents have full access to NHS services and for regular testing to be made available to both care home residents and staff as well as any visitors.

Adam Gordon, Professor in Medicine of Older People at the University of Nottingham, told Business Insider: “It felt, at times, like care homes and the residents that lived in them, were an afterthought during the first wave of the pandemic.

“The report shines a light, appropriately, on a number of failing that took place.  If we, as a country, pay attention to what it’s telling us, it will help us ensure that we look aftercare home residents much better as we move into the second wave.”

A spokesperson from the Department of Health and Social Care, told Business Insider: “Our priority is to ensure that people are discharged safely from hospital and no care home should be forced to admit an existing or new resident to the care home if they are unable to cope with the impact of the person’s COVID-19 illness.

“In our new winter plan for social care, we have provided £1.1 billion ring-fenced funding to help care providers reduce transmission, free PPE to care homes across England and we are ensuring care providers limit staff movements between care homes to prevent the spread of infection.”

Harry Reid: If Biden wins, filibuster should b...

4 ways parents and kids can focus together whi...