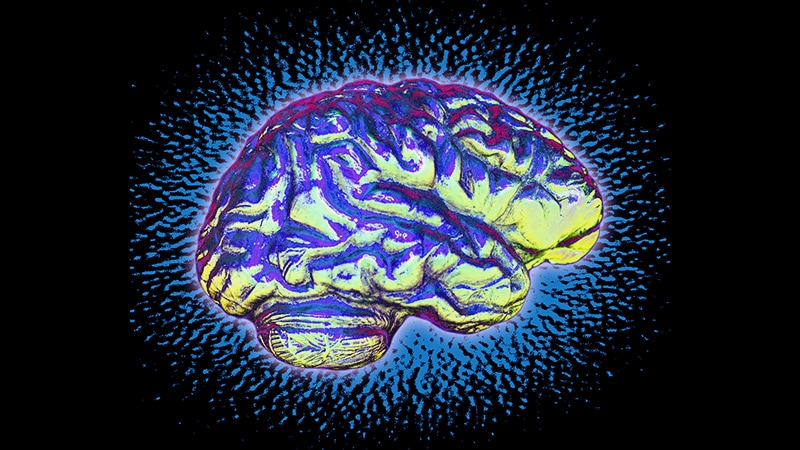 Cognitive impairment seen in women with early breast cancer who undergo chemotherapy ― so-called chemobrain ― has now been reported in patients who are treated with endocrine therapy alone.

“The cognitive decline that we observed with endocrine therapy alone was really surprising and very eye-opening, because I think we have generally assumed that hormone therapy is very well tolerated,” lead author Lynne I. Wagner, PhD, professor of social science and health policy at Wake Forest School of Medicine, Winston-Salem, North Carolina, told Medscape Medical News.

“I think this is very important,” she added. “If you have a patient who has been on endocrine therapy for 3 years, don’t just assume that she’s fine and her cognitive function isn’t a concern, because for many women, it is very much a lingering and persistent concern.”

For most women in the study (58%), endocrine therapy initially consisted of an aromatase inhibitor; 37% of patients received tamoxifen, the researchers report. For chemotherapy, the most common regimens were docetaxel plus cyclophosphamide (70%) and anthracycline-based therapy (20%).

Women who received both chemotherapy and endocrine therapy experienced early and abrupt cognitive decline at 3 and 6 months following treatment; the decline leveled off at 12 and 36 months.

Women who were randomly assigned to receive endocrine therapy alone also experienced loss of cognition, but the loss was more gradual, and by 36 months, it was the same as occurred in women who had received both chemotherapy and endocrine therapy.

The researchers also found that cognitive function did not return to pretreatment levels, regardless of the treatment the women received.

“We were surprised by the finding that women’s cognitive function did not return to pretreatment levels after finishing chemotherapy, but neither did the group receiving endocrine therapy alone. This highlights the importance of continuing to ask women who are receiving hormonal treatment for breast cancer about their cognitive function, even if they have been on treatment for a few years,” she said.

The findings come from a substudy of the Trial Assigning Individualized Treatment Options (TAILORx) and were published on April 9 in the Journal of Clinical Oncology.

The results of this study make an important contribution toward understanding the potential adverse cognitive effects of chemotherapy in combination with endocrine therapy and endocrine therapy alone, write Patricia A. Ganz, MD, and Kathleen Van Dyk, PhD, of the University of California, Los Angeles, in an accompanying editorial.

However, there was a difference in the effects on cognition with respect to menopausal status, and this should be a covariate or stratification variable, Ganz told Medscape Medical News.

“Clearly, this study shows that endocrine therapy is problematic. Certainly for younger women, the decrement is much worse. It may be that the brain of a young woman who has not yet gone through menopause is ill prepared, if you will, for these hormonal changes, whereas in older women, even though they may be ill prepared for the toxicity of chemotherapy, endocrine therapy may not be as disruptive, because they have already adjusted to a low estrogen state,” Ganz said.

“As a clinician, I can say that most of the complaints I hear are from younger women. Older women don’t really complain that much, and this may be because they are at a time in life when they don’t have to multitask, they can sleep late in the morning, and they do not have the same kind of management pressures that a younger woman would have,” she said.

Before TAILORx, it was impossible to quantify the extent to which chemotherapy contributed to cognitive impairment, because all women received chemotherapy, Wagner told Medscape Medical News.

TAILORx enrolled 10,273 patients with breast cancer from April 2006 through October 2010. It was amended in January 2010 to include a patient-reported outcome substudy, which assessed cognitive impairment and other symptoms, such as fatigue, endocrine symptoms, and overall health-related quality of life.

Cognitive impairment was assessed in a subgroup of women using the 37-item Functional Assessment of Cancer Therapy-Cognitive Function (FACT-Cog) questionnaire, which was administered at baseline and at 3, 6, 12, 24, and 36 months.

The primary endpoint was the score on the 20-item FACT-Cog Perceived Cognitive Impairment (PCI) scale, which is part of the FACT-Cog questionnaire, at 3 months after randomization. The scale scores of the PCI range from 0 to 80, with a higher score indicating better cognitive status.

For both treatment groups, FACT-Cog PCI scores were significantly lower, indicating more impairment, at 3, 6, 12, 24, and 36 months, compared to baseline scores.

However, the pattern of cognitive decline differed between the treatment groups. Among women in the chemotherapy group, impairment at 3 months was more significant (mean PCI score, –3.82; P < .001) and 6 months (mean PCI score, –2.62; P = .02), compared with the women who received endocrine therapy alone.

PCI scores were comparable in both treatment arms at 12, 24, and 36 months.

“This was not because the women who had chemotherapy improved but because women on endocrine therapy were also reporting a gradual increase in cognitive impairment at 12 months that persisted at 24 and 36 months. So the pace of their cognitive decline was slower and more gradual,” Wagner said.

“Drs Wagner and Cella have been so instrumental in the development of the FACT PROs, and we have used the FACT-Cog PCI subscale in much of our work. The TAILORx study provided a beautiful opportunity to capture PRO data for women with early breast cancer randomized to chemotherapy plus endocrine therapy versus endocrine therapy alone, and I was not surprised that endocrine therapy was associated with reports of cognitive decline,” Myers said in email correspondence.

“This study further confirms the work conducted by my mentor, Dr Catherine Bender at the University of Pittsburg. Women receiving endocrine therapy continue to report issues with cognitive function. What was encouraging about this study was confirmation that the contribution of chemotherapy to the cognitive decline that women experience does level out at 12 months for the majority of women. However, as the results clearly demonstrated, neither group in this study returned to baseline by 36 months, likely due to the ongoing impact of the endocrine therapy,” she said.

“I completely agree with the researchers that we must continue to vigilantly monitor and assess women for cognitive changes throughout their treatment trajectory. And, these study results certainly highlight the need for effective interventions to either prevent or mitigate the cognitive effects of breast cancer treatment. I hope these researchers will continue to assess women’s report of cognitive function for a significant period of time after endocrine therapy is completed. This would give us very important information about the recovery trajectory for cognitive function once endocrine therapy is complete. I would also hope they would break down the results by category of endocrine therapy, for example specific aromatase inhibitor versus tamoxifen, as this too could yield important information,” Myers said.

The study was supported by the National Cancer Institute. Wagner, Ganz, Van Dyk, and Myers have disclosed no relevant financial relationships.