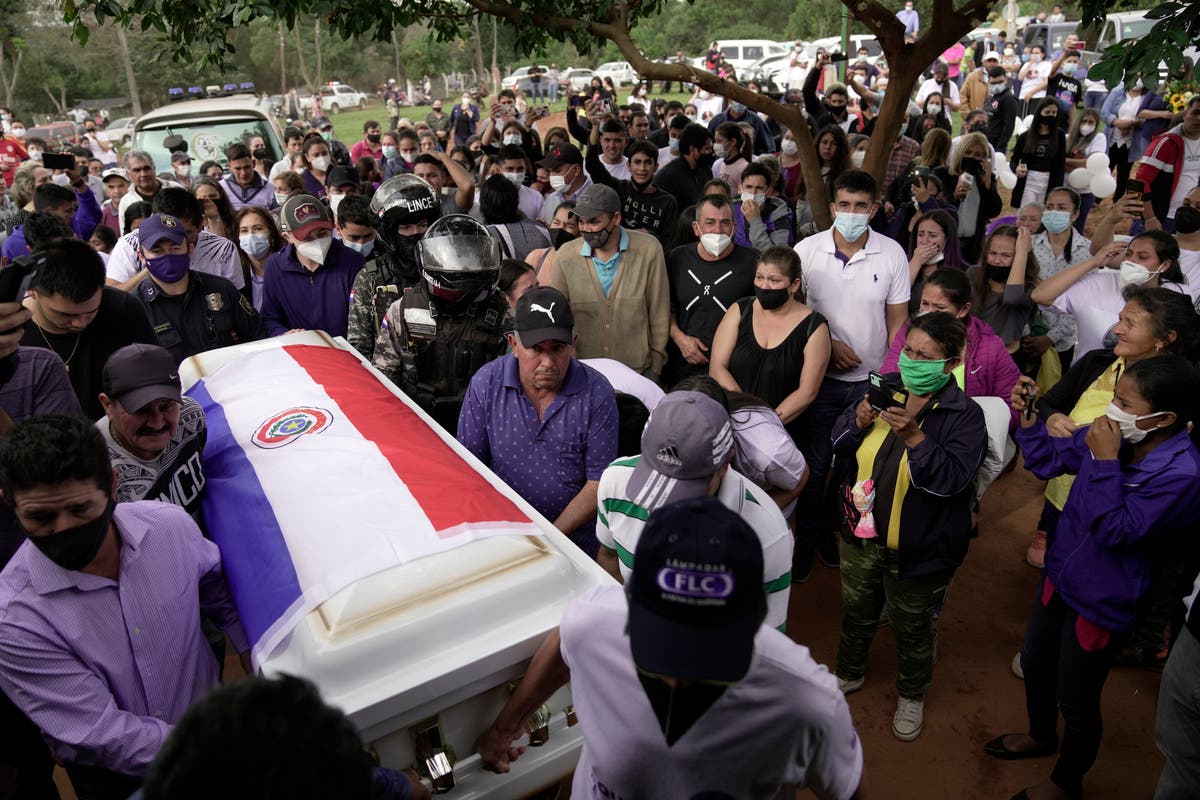 Wrapped in a Paraguayan flag and with a photograph of her young face, a coffin with the remains of Leidy Vanessa Luna Villalba arrived Tuesday in Asuncion where it was received by relatives grieving the nanny killed when a Miami-area condominium tower collapsed.

The 23-year-old had been working for the family of the sister of Paraguayan first lady Silvana Abdo in the building in Surfside, Florida that fell June 24. The bodies of the sister, Sophia López Moreira; her husband, Luis Pettengill; and the youngest of their three children have been found. Their two other children remain missing.

Traveling with Luna Villalba’s coffin on the flight was her mother, Juana Villalba, and cousin Lourdes Luna. They did not make comments at the airport as they disembarked.

Her wake will be held in the town of Eugenio Garay, 170 kilometers (106 miles) south of Asuncion.

“Leidy’s mother is being seen to by two psychologists from the Ministry of Women, but with this the grieving process begins. We must respect their pain in silence, it is time for consolation in the embrace,” Foreign Minister Euclides Acevedo said iat a news conference after greeting the women.

He added that President Mario Abdo Benítez “asked me to be with this family because he will receive the remains of his relatives next Thursday,” referring to his sister-in-law and her family.

The death toll in the building collapse rose to 95 on Tuesday as teams worked to find more victims in the rubble. Miami-Dade County Mayor Daniella Levine Cava said 14 people were still missing.

Luna Villalba had finished her nursing degree and was taking care of children to earn money to pay for the expenses of the preparation and defense of her thesis.

Richard Luna Villalba, the victim’s older brother, told The Associated Press on Tuesday that the residents of his community would accompany the coffin with white balloons from his arrival in town to the humble home where she lived.

“Leidy’s mother is the authentic Paraguayan woman: beautiful and supportive,” said Acevedo. “She is an example for all of us because she endured her pain without asking for anything, as a rural woman she is far from the greed of the consumer society.”

Paraguay’s Foreign Ministry initially released a report spelling her first name Lady, but ministry spokesman Óscar Ayala later said it was Leidy without explaining why the change had been made.