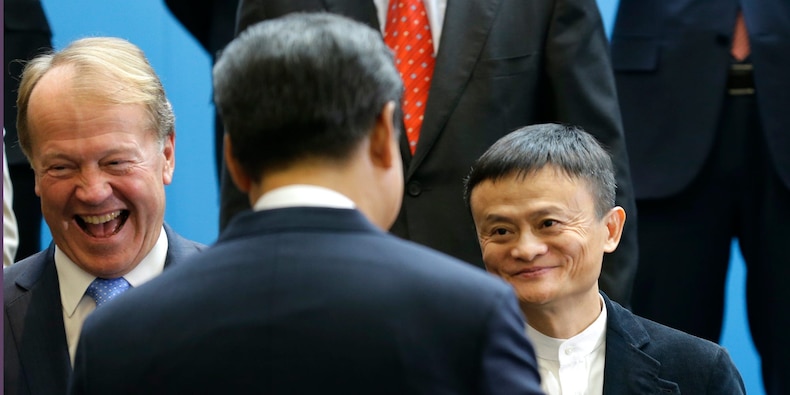 The Chinese fintech’s public listing was touted to be the largest in history, but new lending rules introduced by China threw a wrench in its plans as financial authorities eventually suspended the offering.

Xi has not been the biggest fan of the ascendance of big private businesses that have racked up wealth and power in the country as they are seen as posing a challenge to his authority, the Journal said.

About a week before Ant was set to go public, Jack Ma publicly snubbed China’s regulatory banking rules at a Shanghai conference on October 24, saying they were unsuitable for healthy innovation.

Ma quoted Xi Jinping by saying “success does not have to come from me” and spoke about wanting to help solve China’s financial problems through innovation. Government officials did not take his comments well and thought they damaged the reputation of both the president and regulators, the Journal said, citing sources.

Read more: Peter Lynch disciple William Danoff manages over $124 billion and has beaten the market for 30 years. He shares the 10 investment rules that ensured his success.

Ma also criticized the regulators for enforcing a set of international banking rules as “an old man’s club.”

The President and other government officials, who read reports about the Alibaba founder’s speech, were enraged by the comments, according to WSJ’s sources. On Xi’s instructions, Chinese regulators investigated Ant’s offering which led to events that culminated in the IPO suspension on November 3.

The fintech had already secured over $3 trillion in orders from individual investors around the globe across its dual listings in Hong Kong and Shanghai.

It is unclear whether Xi or another government official was the first to suggest the IPO suspension, WSJ said.

Ant Group did not immediately respond to Business Insider’s request for comment.

Read more: ARK CEO Cathie Wood is beating 98% of her peers this year. She and her team share the investment cases for 2 ‘winner-take-most’ stocks in their portfolios, and explain why she is unfazed by the rotation into value.