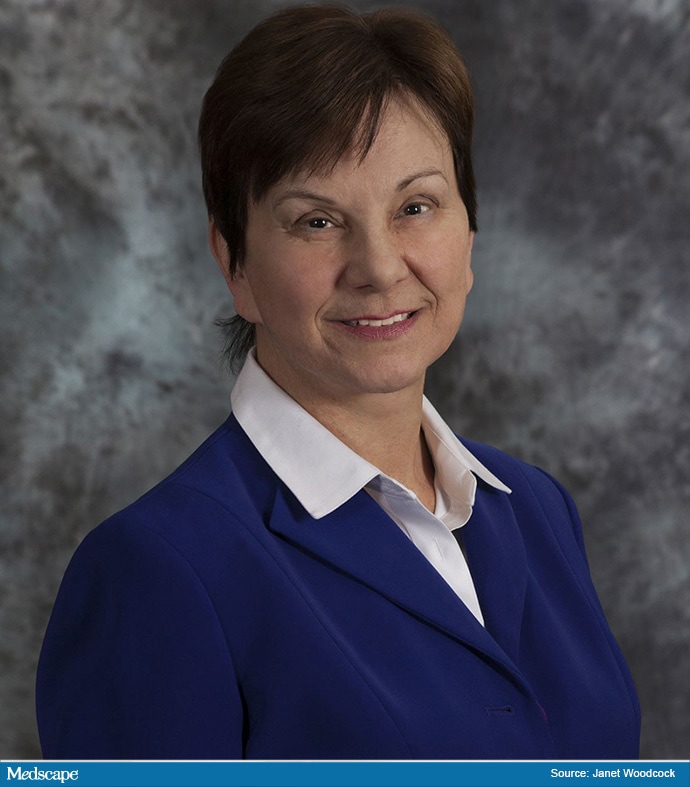 Since joining the Food and Drug Administration in 1986, Janet Woodcock, MD, has built a reputation as a stalwart champion of patients and consumers, from helping to usher the approval of the first treatments for cystic fibrosis and multiple sclerosis during her tenure as director of the Office of Therapeutics Research and Review, to introducing the concept of risk management in the agency’s analysis of drug safety during her role as acting director of the Center for Drug Evaluation and Research (CDER).

During an online event on Oct. 9, Woodcock, who became CDER’s director in 2008, will receive a lifetime achievement award from the National Organization for Rare Diseases. In this interview, she reflects on the CDER’s accomplishments in the field of rare diseases, from which she draws inspiration, and what it’s like to be overseeing the therapeutics component of Operation Warp Speed amid the COVID-19 pandemic.

Q: What does this lifetime achievement award from the National Organization for Rare Disorders mean to you at this stage in your career?

Woodcock: According to NORD, there are more than 7,000 rare diseases that affect an estimated 25 million Americans. More than half of those affected are children. Many of these diseases are very serious, so there is a great deal of suffering that goes on, sometimes for a lifetime. I’ve always felt that people suffering like this don’t really have a voice. I’ve always tried to push the regulatory science, the science behind evaluation, and all of the efforts we can make to help those who are trying to develop products for people suffering from these rare diseases. The science is really picking up. We’re seeing more drug approvals every year for rare disorders. Hopefully, the lives of people with rare disorders will improve and we will continue to see a trajectory of better outcomes for people.

Q: Who inspired you most early in your career as a physician? What was it about that person (or persons) that made a difference to you?

Woodcock: During my training I had the privilege to be exposed to a wide range of stellar diagnosticians and people who were good clinicians who cared about their patients. That experience modeled for me what I would like to be as a doctor.

Q: In 2017, the National Consumers League described you as “a passionate advocate for American patients and consumers, an ally to patient advocacy groups, and a fearless leader at the FDA.” In your own words, how do you describe your leadership style?

Woodcock: People always call me fearless, but I feel like I just state the facts. I care about getting technical input from everyone, but I’m not terribly concerned about people’s disapproval of my actions. I’m a leader who tries to do the right thing, the thing that will benefit patients. I try to keep them at the center of what we’re doing, who we’re regulating for. We work for the American public. As far as CDER, it’s the people who take medicine, people who administer medicine, and people who need treatments.

Q: Since joining CDER as director in 2008, what are some accomplishments you are most proud of as it relates to treatments for patients with rare diseases?

Woodcock: I undertook a transformation and modernization of the New Drugs Regulatory Program, which created offices that align interrelated disease areas, and divisions with clearer and more focused areas of expertise. These changes will bring efficiency and effectiveness. We also set up an Office of Translational Sciences. All of these actions are important. In developing drugs for rare disorders, we need more flexibility. We have a lot of critics who say, “Rare disease trials are too small.” If you look at a cardiovascular trial of 25,000 people, for example, the investigators might only have .1% of the affected population enrolled. On the other hand, a rare disease trial of 100 people might represent half of the entire population with that disease. We often get criticism because it’s more difficult to define endpoints. The diseases aren’t that well understood, and you’re going to have smaller trials because there aren’t that many people with the disease. We need to figure out how to appropriately exercise that flexibility in regulation and make sure people have access, but have a high probability of getting products that work and have been adequately tested for safely. We also started a Rare Disease Cures Accelerator, which is enrolling people online in natural history studies to see what happens to them so we can better plan studies. We have Patient-Focused Drug Development meetings as a way to gather patients’ perspectives on their conditions and available therapies to treat those conditions. That is eye-opening, because what the doctor thinks about the disease may not be what the patient thinks about the disease. The patients are the ones taking the medicine, so we need to collect their opinions. Such approaches make it easier to study rare diseases and get new treatments.

Q: How do the challenges of drug research and development in the field of rare diseases differ from those associated with more prevalent diseases?

Woodcock: There is one advantage today for people with rare diseases. That is, when there is a known genetic mutation causing a disease, RNA interference and other gene therapy approaches can be used. There are challenges, though. Patients with rare disorders often don’t have a uniform disease course. They often have a multisystem impact, so they might have things wrong with their GI tract and/or skin, so it’s difficult to know what to measure. We’re trying to remedy this by gathering better natural history information on what happens to people. That is empowering for patients as well.

Q: In what practical ways can physicians become advocates for patients and their families who are navigating life with a rare disease?

Woodcock: I advise people to get involved in the association or advocacy group for their rare disease. It’s empowering. They can share stories and information with others who have been suffering from the disease. Also, they would get information about what trials might be available. As for physicians themselves, they have a bewildering variety of jobs they’re supposed to do, so it’s hard to be good in any one of them. People with rare disease often suffer terribly because they don’t get diagnosed for 10 years even though they have classic symptoms of a particular disorder. If physicians have never seen it or never heard of it, they may not know how to treat it. It’s a huge problem.

Q: Who inspires you most in your work today?

Woodcock: The dedication of the staff at the FDA is unbelievable. When you look at responses to the Federal Employee Viewpoint Survey administered by the Office of Personnel Management, FDA workers consistently express a strong sense of mission and dedication. It’s out of the park, really. They have worked night and day during this pandemic. I’m inspired by everyone who works at the FDA and their incredible dedication to their work.

Q: In what ways do you cope with the pressure that comes with your line of work? Do you have a favorite hobby or that activity that helps keep you grounded?

Woodcock: I’m an avid gardener, so I have a garden with vegetables, fruits, and flowers, including a large orchid collection. I’m also a hiker and a physical fitness buff, so I feel like there isn’t enough time in the day for all of my hobbies. Formal hiking trails near me are very crowded now, so I’ve been hiking around my neighborhood, taking long walks and going up and down hills quickly. Last November, I went hiking in New Zealand with my daughter. We hiked the Milford Track, which is about 33 miles long. It goes from an inland lake, over a mountain pass, and to the Pacific Ocean. It was fun, with unbelievable scenery.

Q: What novel treatment developments in rare disorders are you most excited about in the next 5 years?

Woodcock: I think gene therapy will come into its own. I think that could be a game-changer for people with genetic mutations causing rare diseases, and even cancer. We’ll see. It takes the technology a long time to mature. There are also gene-directed therapies such as RNA inhibition. We’ve already approved a couple of products like that for rare diseases, including treatments for the cardiomyopathy and neuropathy associated with ATTR amyloidosis. As our knowledge of biology continues to grow, I think more of these diseases will be amenable to interventions.

Q: In May of 2020 you were asked to temporarily step aside from your post as director of CDER to work on Operation Warp Speed. Please describe what your role is in this effort to accelerate COVID-19 treatments.

Woodcock: I’m the lead on therapeutics. Operation Warp Speed is mainly focused on developing vaccines for COVID-19. In the meantime, people who don’t respond to vaccines are going to need therapeutics, such as the elderly, or those who refuse to take vaccines, or those who are immunosuppressed and can’t mount a response to a vaccine. If we can develop those therapeutics now, that would be good to get that populous vaccinated. The team identified what we thought were the five highest priority agents to work on, and we’re testing them. We have identified many more in a priority list. We have five master protocols running for different times in the disease, such as when you’re an outpatient, when you’re an inpatient, or when you’re in the ICU. The work is stressful, because we need these treatments as soon as possible, but we have a great team working on this. I feel like I’m making a contribution in this role, because I know people in industry and in the National Institutes of Health. I try to bring everyone together and get things done.