Home > Health > CBD as Treatment for Cannabis Use Disorder?

CBD as Treatment for Cannabis Use Disorder? 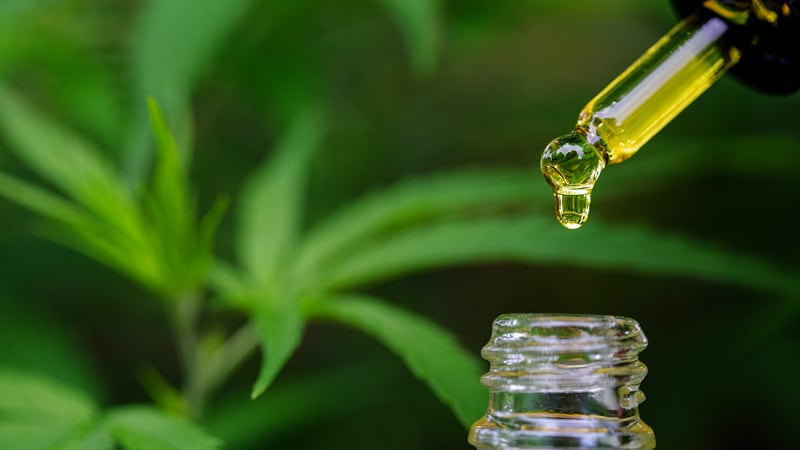 Perhaps counterintuitively, treatment with prescription-grade cannabidiol (CBD), an extract of cannabis, may help individuals with cannabis use disorder to cut back on use, new research suggests.

Results from a phase 2a trial showed that CBD was safe in this population and more effective than placebo at reducing cannabis use when administered at daily doses of 400 mg or 800 mg.

“At present, cannabis use disorder is treated using psychosocial interventions such as motivational interviewing or cognitive behavioral therapy. There are no recommended pharmacotherapies to help people quit,” lead author Tom Freeman, PhD, director of the Addiction and Mental Health Group at the University of Bath, United Kingdom, told Medscape Medical News.

This study provides the “first causal evidence” supporting CBD as a treatment for cannabis use disorder, the investigators note.

The findings were published online July 28 in Lancet Psychiatry.

Cannabis addiction affects an estimated 22 million people worldwide, on par with the prevalence of opioid use disorders, the investigators report. In addition, the number of people seeking help for cannabis use disorder has risen around the world.

Although it may seem “counterintuitive” to treat problematic cannabis use with CBD, tetrahydrocannabinol (THC) and CBD “have contrasting effects on our own endogenous cannabinoid system,” Freeman said in a press release.

“Unlike THC, CBD does not produce intoxicating or rewarding effects and it shows potential for treating several other medical disorders,” he added.

The study included 82 adults who met DSM-5 criteria for a cannabis use disorder of at least moderate severity, who expressed a desire to quit using cannabis, and who had at least one prior unsuccessful attempt at quitting.

All received a brief psychological intervention of motivational interviewing.

In the first phase of this dose-finding study, 48 participants were randomly allocated to receive oral CBD at 200 mg, 400 mg, or 800 mg daily or matching placebo capsules during a quit attempt. At interim analysis, CBD 200 mg was eliminated from the trial as an inefficacious dose.

In the second phase, an additional 34 new participants were randomly allocated to receive for 4 weeks CBD at 400 mg or 800 mg daily or placebo.

“The findings from this trial show which doses are more effective than placebo, but further evidence is needed to give more precise estimates of how effective they are in clinical settings,” Freeman said.

Commenting on the study for Medscape Medical News, Ziva D. Cooper, PhD, director of research for the Cannabis Research Initiative at the University of California, Los Angeles, said this is an important area of research.

“We are desperately in need of a pharmacotherapeutic strategy for cannabis use disorder,” said Cooper, who was not involved with the research.

She noted that the doses of CBD used in the study “far surpass” what is available in medical cannabis dispensaries and online.

“The fact that they biochemically verified that people were cutting down on their cannabis use is an important feature of the trial,” said Cooper. Also important, she added, was that the researchers recruited a population motivated to quit yet who were unsuccessful in their previous attempts.

Despite this, “patients only cut down their cannabis use about a half a day per week more with cannabidiol than placebo. Is that enough to demonstrate that a pharmacotherapy has clinical utility?” Cooper asked.

She noted that, going forward, it would also be helpful to know whether prescription-grade CBD improves quality of life, interpersonal relationships, and professional life.

“These are really critical metrics to capture when trying to understand if a drug is going to be helpful for a drug use disorder,” Cooper said.

The study was funded by the Medical Research Council. Freeman and Cooper have disclosed no relevant financial relationships.