California Bill Could Mean the End of Qualified Immunity 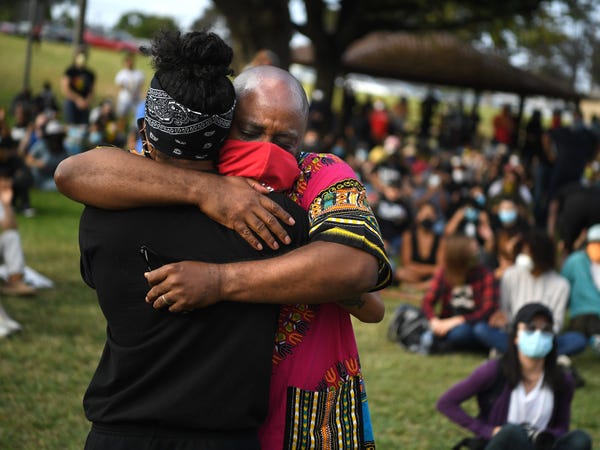 The California Assembly just passed a bill that aims to increase the accountability of law enforcement in the state.

Gov. Gavin Newsom now has 12 days to sign or veto the bill, which passed the California Assembly with a vote of 46 to 18 on Friday. It was previously passed in the state Senate on May 26 with a vote of 26 to 9.

The bill, if signed into law, adjusts qualified immunity — the defense that protects state and local government officials, including law enforcement, from individual liability unless there is a clear violation of constitutional rights — for law enforcement.

It would also set up a process by which law enforcement officers charged with wrongdoing including sexual assault, excessive use of force, perjury are stripped of their badges.

The bill, which failed in the California legislature last year, reemerged as a result of the George Floyd protests.

California is one of only four states — Hawaii, New Jersey, and Rhode Island are the others — without a decertification process for police officers meaning officers that are convicted of a felony can still get jobs in different departments.

The California bill, co-authored by state Sen. Toni Atkins, is similar to the decertification process in Massachusetts, which just became law in January 2021.

“California is able to revoke the certification or licenses of bad doctors, lawyers, and even barbers and cosmetologists, but is unable to decertify police officers who have broken the law and violated the public trust,” said Sen. Steven Bradford, also a co-author of the bill, pointed out to Insider.

Officers accused of misconduct would undergo a fair review process, per the bill, and those convicted of a crime would be registered into the National Decertification Index. This would prohibit them from working in law enforcement in states that have a decertification process.

For Bradford, who represents Gardena, California, the implications of the bill hit close to home. California Senate Bill 2, or Kenneth Ross Jr. Decertification Act, is named after a 25-year-old Black man who was killed by Gardena Police Officer Michael Robbins on April 11, 2018.

The killing of Kenneth Ross Jr.

Police received calls on a Wednesday afternoon in 2018 about a shooting in front of a building on Van Ness Ave. in Gardena, according to a report from then-District Attorney Jackie Lacey. One caller estimated that 20 shots were fired. According to the report, the suspect was described as a Black man with locs near El Segundo Blvd and Van Ness Ave.

Video footage from officer body cameras and dash cameras was released nearly two years later. His mother describes the video of the incident at multiple rallies. She said that after Robbins shot and killed him, they still handcuffed and searched his body.

The Gardena Police Department said in a press release that a gun was found on the scene and that he’d fired a gun earlier.

The Ross family attorney disputes this claim, however. “They said he had a gun. We have the video of when he fell,” Haytham Faraj told local news station KABC. “They then handcuff him to search him. They do search him. They find nothing.”

The Gardena Police Department did not respond to Insider’s request for comment.

Robbins was later absolved of all wrongdoing by the Los Angeles County District Attorney’s Office in 2019 — then Lacey’s office. The District Attorney’s office said in a press release at the time, “It is our conclusion that Officer Robbins acted in self-defense and in an effort to arrest a dangerous fleeing felon.”

State Sen. Bradford told CapRadio that Robbins had been involved in previous shootings as an officer in Orange County before joining the department in Gardena — a claim that local activists told Insider when pointing to their support of this bill.

Los Angeles activists and organizers have been demanding justice

Sheila Bates, an organizer with the Los Angeles chapter of Black Lives Matter, told Insider that this is the second year of bringing the bill back “in the names of all of those who we have lost.”

Albert Corado, a co-founder of People’s City Council-LA and a candidate for LA City Council District 13, told Insider that he became an abolitionist when his sister, Mely Corado, was killed by LAPD while doing her job at Trader Joe’s in Silver Lake — a neighborhood in Los Angeles.

“And so, as it stands, because cops have qualified immunity, they can do something, kill someone and then basically move on and go to another department, and move to another city and be hired as a police officer,” Corado told Insider.

A decertification process would prevent law enforcement who have been convicted of misconduct — ranging from excessive force and sexual assault to dishonesty and falsifying evidence — to continue their career in law enforcement.

The Peace Officer Standards Accountability Division, under the Commission on Peace Officer Standards and Training (POST), would look into “serious misconduct that may provide grounds for suspension or revocation of a peace officer’s certification.” An advisory board would then make the recommendation about the officer’s certification to POST. POST would then act accordingly.

Two now-former Torrance police officers, who were relieved of their positions last year, were charged with conspiracy and vandalism on Thursday, August 19, for an incident that involved a spray-painted swastika on the inside of an impounded vehicle.

Bradford told Insider that, without a decertification process, these officers could be hired on to a new department and “continue their racist and hateful misconduct.”

What opponents of the bill say

Qualified immunity was established in 1967 as a result of the Pierson v. Ray US Supreme Court case. The court ruled that so long as the misconduct or violation was executed in “good faith,” the law enforcement officer could rely on qualified immunity.

Critics of qualified immunity say that it’s hard for plaintiffs to get accountability for alleged officer wrongdoing. This specific bill adjusts the Tom Bane Civil Rights Act of 1987 to “make it easier for a family to seek justice if your civil rights have been violated, if you have been falsely arrested or framed or brutalized or denied medical assistance,” Bradford told Spectrum News 1.

“If this bill was just about decertification, we’d probably have no issue with it, but it’s not, and they call it the decertification bill, but it’s much more than that,” Shaun Rundle, deputy director for the California Peace Officers’ Association, told Spectrum News 1.

In a statement to CapRadio, Brian Marvel, President of the Peace Officers Research Association of California, said “SB 2 reaches far beyond the police licensing process and includes policies that would be incredibly burdensome on cities and counties that employ peace officers.”

The National Police Support Fund, a grassroots pro-police organization, believes that qualified immunity is necessary for police officers to do their jobs.

“As homicides and other violent crimes continue to rise around the country, qualified immunity is essential for allowing police to do their jobs without fear of baseless legal action that could ruin their reputations and their careers,” the organization said in an article on their website.

“Officers must have room to make mistakes or have moments of bad judgment without worrying about being sued,” the National Police Support Fund said on their site.

Insider reached out to several California police departments and lawmakers who declined to comment on the bill.

The Los Angeles DA’s office, now run by George Gascón, however, released a press statement saying it was in support of the bill.

Send tips to this reporter at [email protected] or on Twitter @taiylersimone.