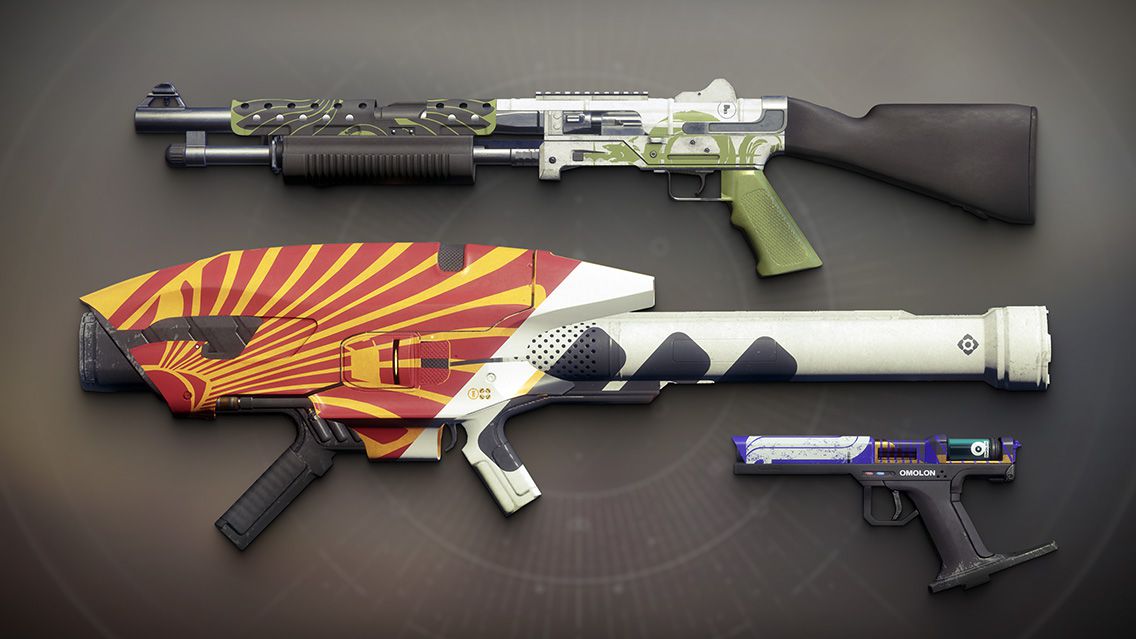 In February of 2020, Bungie announced plans to retire some weapons from Destiny 2. A few months later, on May 14, the studio revealed detailed plans on how the weapon “sunset” system will actually work, and that players should expect it this fall.

While some players are in-favor of retiring old weapons, a vocal group of Destiny fans are concerned about losing their favorite weapons. But MMOs require change to survive, and Bungie claims it needs to start sunsetting weapons to improve Destiny 2.

Bungie’s plans to change the world

Last year, game director Luke Smith mentioned potentially removing one of the two Gambit modes from the game. There’s a solid rumor — now with in-game evidence — that Bungie could be blowing up one of the game’s older planets to make room for new stuff. And the Guardian home base, the Tower, may have a spaceship dropped on top of it in only a matter of weeks.

But the biggest upcoming change is weapon sunsetting. Starting in the fall, all weapons will have a maximum power level, and increasing a given gun beyond that level will be impossible. Under this new system, Destiny guns will stick around for a year, and then cease being viable in endgame content like raids and Nightfalls.

Because of how Destiny works, this doesn’t mean sunset weapons are useless. Players can still use weaker weapons in the Crucible, in patrols, in older Strikes, and in older story missions (to name just a few). But those who want to play raids, Trials of Osiris, and other activities that require high-end gear need to use new guns to be competitive.

The announcement upset fans because every weapon in Destiny feels unique. Even if two weapons have the exact same archetype and perks, they will each feel slightly different in a player’s hand. Everyone has their favorite set of weapons because everyone’s preferences for what feels good are different. And for some players, it took a lot of in-game time to pick up the perfect roll on their favorite gun. Losing so much investment every year is difficult for them to accept.

But even if the idea of weapon sunsetting stings for players, it may need to happen for Destiny to grow.

Here’s why weapon sunsetting may be a good thing

For the longest time, players — and Bungie — didn’t want to call Destiny a MMO franchise. But after its split with Activision, the studio started using the term to describe their game. Destiny has always fit the MMO mold, but now it’s time for fans to embrace a core aspect of every MMO: change.

Something akin to “weapon sunsetting” happens every few patches in World of Warcraft. When players get a weapon in World of Warcraft, they’ll use it religiously until a new, better weapon comes along in the next patch or expansion. And while many players would argue that comparing the boring, stat-stick nature of a World of Warcraft weapon to the nuanced feel of a Destiny gun is impossible, it’s that feel of Destiny weapons that makes sunsetting much more important.

Destiny perks are special abilities that change how you attack enemies, or why you’d use one gun in a certain situation over another. They’re not all as simple as just doing more damage, as is the case with the more powerful gear in World of Warcraft. Perks can drastically alter the use of a weapon, and mix with player abilities or other perks to cause devastating combos.

There are just over 600 weapons currently in Destiny 2 (not counting Exotics), and Bungie has to account for the perk and stat combinations on all of them in every PvE encounter or PvP matchup. If Bungie makes weapons that are too unique, that opens the potential for a years-old gun like The Mountaintop or The Recluse to remain near-mandatory in certain encounters.

This means Bungie can’t keep making more powerful perks without risking trivializing content — the way The Mountaintop combined with auto-reloading abilities helped trivialize the Crown of Sorrows raid 24 hours post-release. World of Warcraft can introduce powerful, temporary perks for characters and weapons with the understanding that these perks will only last a few months. But in Destiny 2, players can still use guns from 2017.

The original Destiny solved this problem by sunsetting its weapons. When the Taken King expansion launched in 2015, most of the game’s weapons became obsolete, and players needed to find new ones. But most of Destiny 2’s weapons aren’t as memorable or powerful as the original game’s gear. Without any kind of guaranteed obsolescence, Bungie can’t introduce wild perk combinations to spice up players’ weapons — like they did in the original Destiny with raid guns like Fatebringer.

Retirement should allow Bungie to make powerful, unique weapons like Smite of Merain, Vision of Confluence, and Felwinter’s Lie again (Felwinter’s is already back). And after playing hours of the original Destiny in 2020, I’ll gladly give up my two-year-old Spare Rations hand cannon to make that happen.

Death Stranding on PC: everything we know...