British Paratrooper Fell Through the Roof of California Home 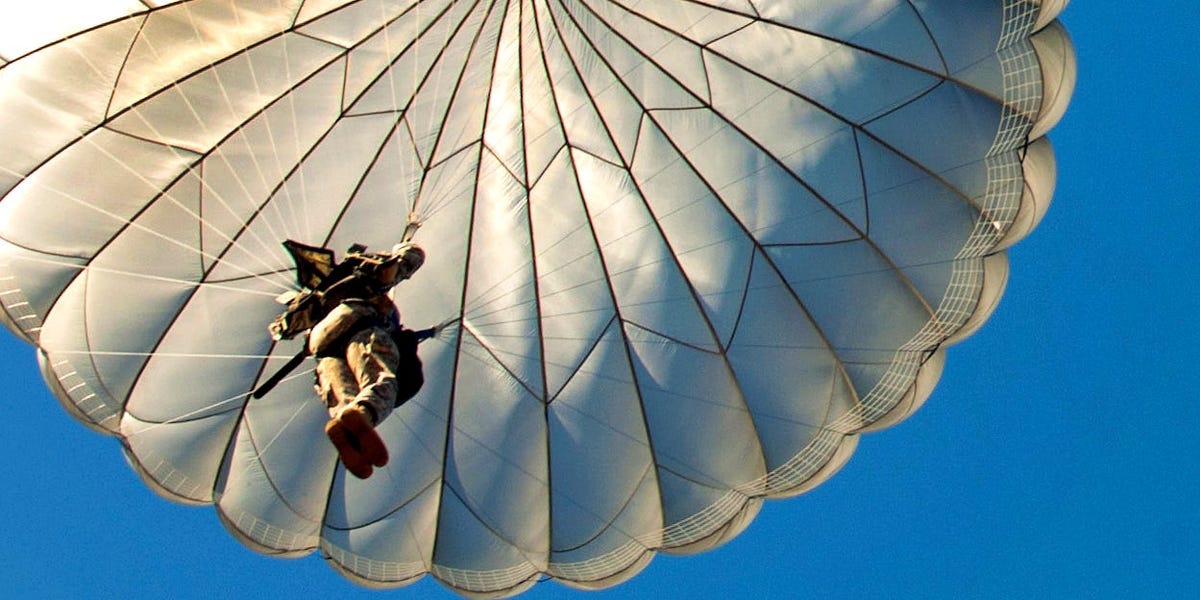 A British paratrooper training with US troops crashed through the roof of a home in California during a July 6 High Altitude Low Opening, or HALO, jump after his parachute failed to fully deploy.

“The soldier received minor injuries and is recovering well,” a spokesperson with the British Embassy in Washington, DC, told Military.com Monday. “The UK military always tries to minimise the disruption caused by exercises and continues to be extremely grateful for the support from the local community for critical exercises such as this.”

The British embassy didn’t disclose which the British soldier’s unit, and with which US troops he was training.

HALO jumps are usually associated with special operations units. The training was conducted out of Camp Roberts, California, according to a National Guard spokesperson.

US Army WTF Moments was first to share images of the incident.

HALO jumps involve exiting an aircraft at an altitude of up to 35,000 feet, but not deploying a parachute until at or below 6,000 feet, according to the US military’s 2014 Military Freefall Operations field manual. Jumps are typically conducted that high to hide troops and protect them; at that altitude, planes are out of the range of most anti-aircraft weapons.

“The parachutist experienced issues in freefall and was required to operate his reserve [parachute],” the British Embassy spokesperson said. “Although the reserve deployed, the parachutist did not have sufficient height to land on the allocated drop zone, was significantly disorientated and unfortunately hit a local resident’s house.”

The British soldier smashed through the roof of a home in Atascadero, California, during the late afternoon of July 6, according to local law enforcement. Preliminary police reports did not note that the incident involved a service member.

All other troops involved in the jump landed safely with no other injuries reported.

“The parachutist was conscious but stunned with complaints of pain but no visible serious injuries,” the Atascadero Police Department said in a news release. “The occupants of the residence were not home at the time and therefore were uninjured.”