Blood Test for 50 Cancers Coming to US Clinics Soon 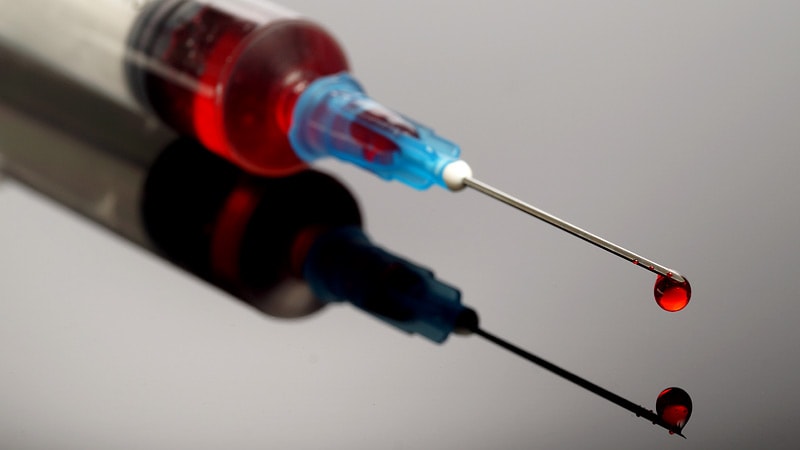 The novel Galleri blood test (GRAIL, Inc.), which claims to detect up to 50 different cancers from single blood draw, is about to make its clinical debut in the United States. However, an expert cautions that this test should be considered as being under clinical investigation.

Providence Health System, based in Renton, Washington, will be the first health system in the US to offer access to the Galleri test, where it will be available as a complement to recommended single-cancer screening tests.

The test will initially be used by Providence at its California, Washington, and Oregon points of care, Grail noted. From there, it could eventually be available across the entire Providence system, which covers six states (Alaska, Montana, and Texas are the others) and includes more than 50 hospitals and nearly 1100 health clinics serving 5 million patients.

“The blood test, which will be prescription only, will be available initially through innovative partner health systems like Providence, as well as medical practices, and self-insured employers,” said Leigh Strope, director of corporate communications at GRAIL.

“Providence’s vision is to integrate compelling diagnostic solutions like the Galleri test into clinical care to help drive earlier detection to try to improve and save lives,” she said.

On its website, GRAIL notes that the Galleri blood test is recommended for use in adults with an elevated risk for cancer, such as those aged 50 or older. It is intended to detect cancer signals and to predict where in the body the cancer signal is located.

The company also notes that results from the blood test “should be interpreted by a healthcare provider in the context of medical history, clinical signs, and symptoms.”

A test result of ​”Cancer Signal Not Detected” does not rule out cancer, and similarly a test result of ​”Cancer Signal Detected” requires confirmatory diagnostic evaluation by medically established procedures (eg, imaging) to confirm the presence of cancer. If cancer is not confirmed with further testing, it could mean that cancer is not present or testing was insufficient to detect cancer (including that the cancer is located in a different part of the body). False-positive and false-negative test results do occur, the company notes.

Presumably to help with this process of interpreting and acting on test results, Grail has announced a collaboration with AccessHope (a subsidiary of well-known cancer center City of Hope in suburban Los Angeles) to “optimize the patient and healthcare provider experience.” This company will offer patients coordination services, including access to a support team for guidance and information, and will provide support to physicians as they determine next steps to evaluate a positive Galleri test result, the company says.

“GRAIL expects to introduce Galleri in the US in Q2, or before summer of this year,” said Strope. “The Galleri test is intended for those at an elevated risk of cancer, such as adults age 50 or older, and as a complement to existing screening tests.”

The company notes, however, that as of now, the Galleri test has not been cleared or approved by the US Food and Drug Administration.

Not Ready for the Clinic?

An expert approached for comment believes that the test is not yet ready for clinical use. William Grady, MD, a member of the Clinical Research Division and Public Health Sciences Division at the Fred Hutchinson Cancer Research Center, Seattle, Washington, told Medscape Medical News that this test should be viewed as one that is still under clinical investigation.

“The Galleri test is still unproven in the clinical care setting and should not be considered as equal in performance to approved tests for cancer screening,” he commented, citing tests such as fecal immunochemical test (FIT) or Cologuard for colorectal cancer.

“I am concerned that many of the results will be false-positives and will cause many unnecessary follow-up tests and imaging studies as well anxiety in the people getting the test done,” Grady told Medscape Medical News.

“This tests for a whole array of different cancers, but one reason that we don’t do screening for rare cancers in the general population is that the false-positive result is so high” Grady said. “I am hoping that they will run it in a population who are already getting screened and then compare it with the results of routine tests, to get a sense of how accurate it is.”

Grady commented that it is interesting that GRAIL is partnering with a US healthcare system, but he emphasized that this has to be viewed as a clinical trial.

The test is already in clinical use in the United Kingdom, but only in a pilot trial run by the National Health Service England. Announced in December, this trial involves 165,000 people divided into two groups: the first will include 140,000 people over the age of 50 without any suspected cancer; the second will include 25,000 people aged 40 and above with suspicious signs or symptoms of cancer. Based on data from this program, access to the test could be expanded to approximately 1 million people across 2024 and 2025 and may roll out to a larger population thereafter, the company said.

As previously reported by Medscape Medical News, initial clinical data on the Galleri tests were published in March 2020 in the Annals of Oncology. Those data come from a study involving 6689 participants, 2482 with cancer (more than 50 types, at various stages) and 4207 without cancer.

For all 50 cancer types that can be detected by the test, the overall results for sensitivity were 18%, 43%, 81%, and 93%, respectively, for the four stages of cancer.

Tissue of origin was predicted in 96% of specimens that had cancer-like signals, and was accurate in 93% of the validation set.

GRAIL notes that two further large clinical trials are planned, which combined have about 125,000 participants.

The SUMMIT study is a prospective, observational, longitudinal, cohort study being conducted in the UK and designed to enroll approximately 25,000 adults aged 50 to 77 years who do not have a cancer diagnosis at the time of enrollment. The participants will be people at high risk of lung and other cancers due to a significant smoking history, and will be followed annually for 3 years and then will be followed for 5 years through national health registries as well as their medical records

The STRIVE Study has a similar design, and has enrolled approximately 100,000 women at the time of their screening mammogram. A subset of these results will be used to help validate the blood test for the early detection of multiple cancer types. Participants completed a health questionnaire and provided a blood sample around the time of their screening mammogram and will be followed for up to 5 years to capture clinical outcome data, including cancer diagnoses.