Home > Health > Blood Sugar Control in Diabetes Is Getting Worse

Blood Sugar Control in Diabetes Is Getting Worse 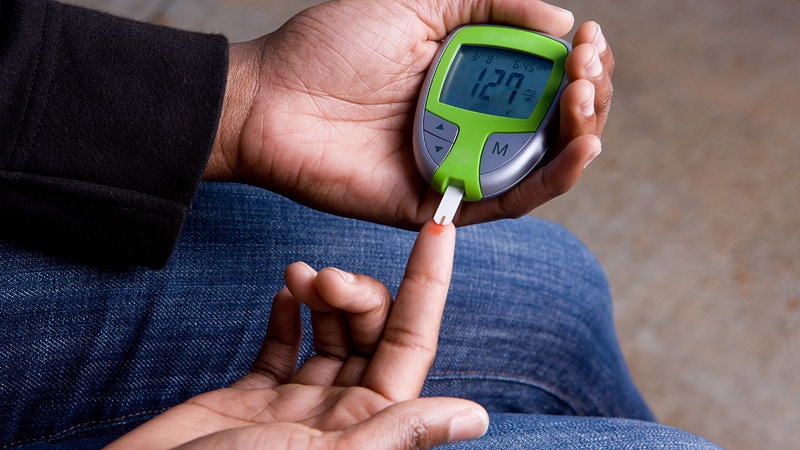 Fewer adults with diabetes in the United States have well-controlled blood sugar or blood pressure now compared to 10 years ago, a trend that should be a “wake-up call,” say the authors of a new study published today in The New England Journal of Medicine

The researchers analyzed data from five National Health and Nutrition Examination Surveys (NHANES) of Americans that were conducted in the past 20 years.

They aimed to find out how many people with diabetes met the three recommended targets of good diabetes control:

From 1999 to 2010, diabetes control improved, but since then, progress has stalled.

In the most recent survey, conducted from 2015 to 2018, only 22% of people with diabetes had all three measures under good control.

“These trends are a wake-up call,” said the study’s lead author, Michael Fang, PhD, a postdoctoral fellow at the Johns Hopkins Bloomberg School of Public Health, in Baltimore, Maryland.

“They mean that millions of Americans with diabetes are at higher risk for major complications,” he said in a statement from the university.

“There has been a real decline in glycemic control from a decade ago, and overall, only a small proportion of people with diabetes are simultaneously meeting the key goals of glycemic control, blood pressure control, and control of high cholesterol,” she summarized.

The ACCORD and ADVANCE trials found that treating patients with diabetes medicines to reach very low A1c targets did not lower risk for outcomes such as heart attacks and strokes.

In addition, some people who received this intensive treatment were more likely to develop hypoglycemia.

“As a result of these trials, what we may be seeing is that doctors of people with diabetes may have backed off a bit on glycemic control, with potentially damaging results,” Selvin speculated.

However, many new, safer diabetes drugs have become available since those trials, she noted, although cost is an issue.

Generic Diabetes Drugs on the Horizon

The percentage of people with good glycemic control increased from 44% in the first survey to 57% in the 2007–2010 survey and had dropped to 51% by the final survey.

Similarly, the percentage of people with good blood pressure control increased from 64% in the first survey to 74% in the fourth survey but dropped to 70% in the fifth survey.

The percentage of people with good control of bad cholesterol improved greatly from 25% in the first survey to 52% in the third but then leveled off to 56% in the fifth survey.

Importantly, the proportion of people with good control of all three measures of diabetes care rose from 9% in the first survey to 25% in the third survey but then slipped to 22% in the final survey.

The use of newer second-line medicines for blood sugar control (generally given after trying metformin, the first-line treatment for type 2 diabetes) has increased but is still low, the researchers note.

Over the next few years, many of these newer diabetes drugs will become available in generic formulations and will become more affordable, they expect, which might help stop this trend of worsening diabetes control.

In the meantime, they say, doctors should prescribe more of the drugs that guidelines recommend be used first to treat high levels of blood sugar, blood pressure, and bad cholesterol.

Only 56% to 60% of the patients with diabetes surveyed were receiving metformin, angiotensin-converting enzyme inhibitors, or angiotensin-receptor blockers for high blood pressure or statins for high cholesterol.