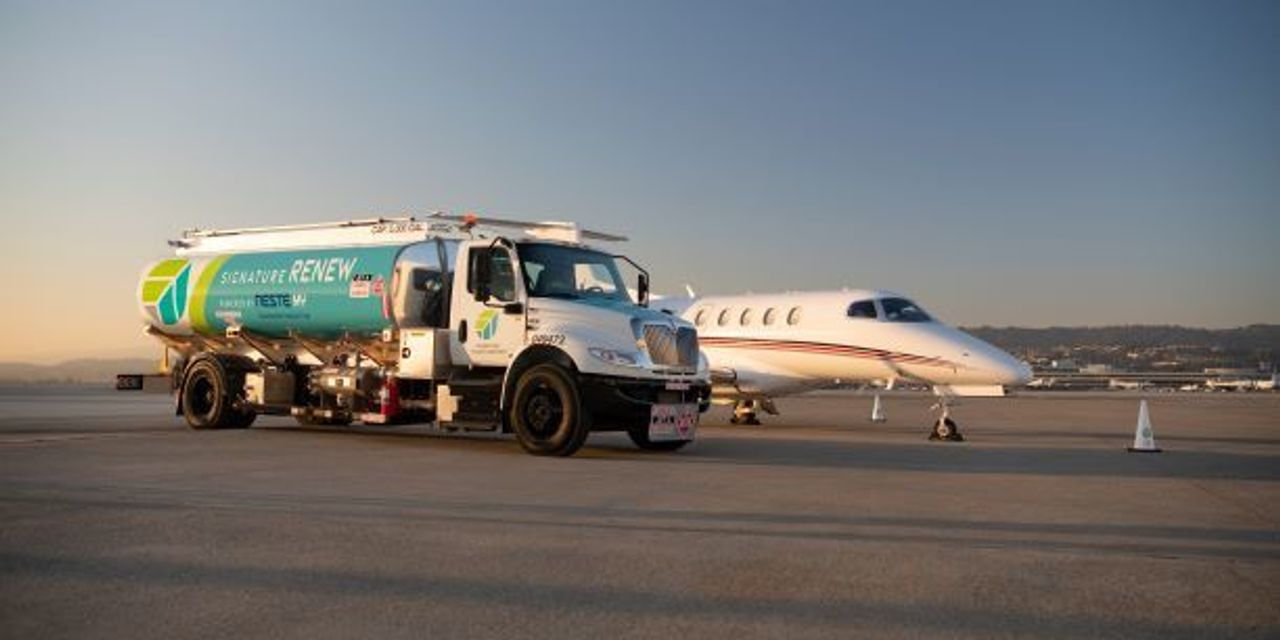 fell on Friday, just hours after the U.K. private-jet company announced that it is in talks with Blackstone about a possible takeover that would value it at more than £3 billion ($4 billion).

London-listed stock surged more than 40% on Thursday, after the FTSE 250-listed company disclosed the all-cash $5.17 ($3.83) per share offer from the U.S. buyout group in a statement to the stock market.

That helped boost the holding of Microsoft
MSFT,

founder Bill Gates, who holds a 19.2% stake in Signature through his investment vehicle Cascade Investments.

The company, which provides fueling and ground services to private jets and charter flights, has seen its stock fall by more than by more than 16% since the beginning of the year, amid the unprecedented collapse in global travel through the COVID-19 pandemic.

The board of Signature said it had rejected a rival indicative offer from Global Infrastructure Partners at a lower price than what Blackstone offered.

Read: The Future of Private Jets

Once the preserve of the ultrawealthy, demand for private jets is expected to grow during the pandemic, as businesses travelers and individuals seek to avoid crowded airports and commercial flights.

VistaJet said in October that it had seen a surge of 49% in corporate interest globally since the start of the pandemic. The private jet company said the U.S. is driving the influx of corporate demand, accounting for over 41% of interest.

The cost of a short-haul, on-demand, private-charter flight in Europe starts at €4, 500, ($6,083) according to Swiss-based private-jet company LunaJets website.

If Blackstone’s bid for Signature is successful, it will be the latest in a series of takeovers of U.K. companies in recent weeks.

“There remains an absolute ocean of private equity money ready to be deployed and we are starting to see that take shape — U.K.-listed shares have value because of the Brexit discount,” said Neil Wilson, chief market analyst for Markets.com.

for $730 million in cash. Days later, security group G4S, which has been at the center of a bid battle, agreed a £3.8 billion ($5 billion) takeover offer from U.S.-based rival Allied Universal.

Read: The $5 billion bid battle for security group G4S just ramped up — here’s what could happen next

Canada’s GardaWorld has said it is considering making a higher offer for G4S.

Interest in U.K. companies from foreign bidders and concern about the impact of China’s economic power prompted the government in November to announce the biggest shake-up of the country’s takeover law in two decades.

Read: Bids to buy U.K. firms to get harder as ministers shut out ‘back door’ takeovers from countries like China and U.S.

Under the National Security and Investment Bill, ministers will have the power to scrutinize the acquisition of assets and intellectual property, as well as companies themselves. They will also be able to retrospectively stop acquisitions any time in the five years after the deal was concluded.