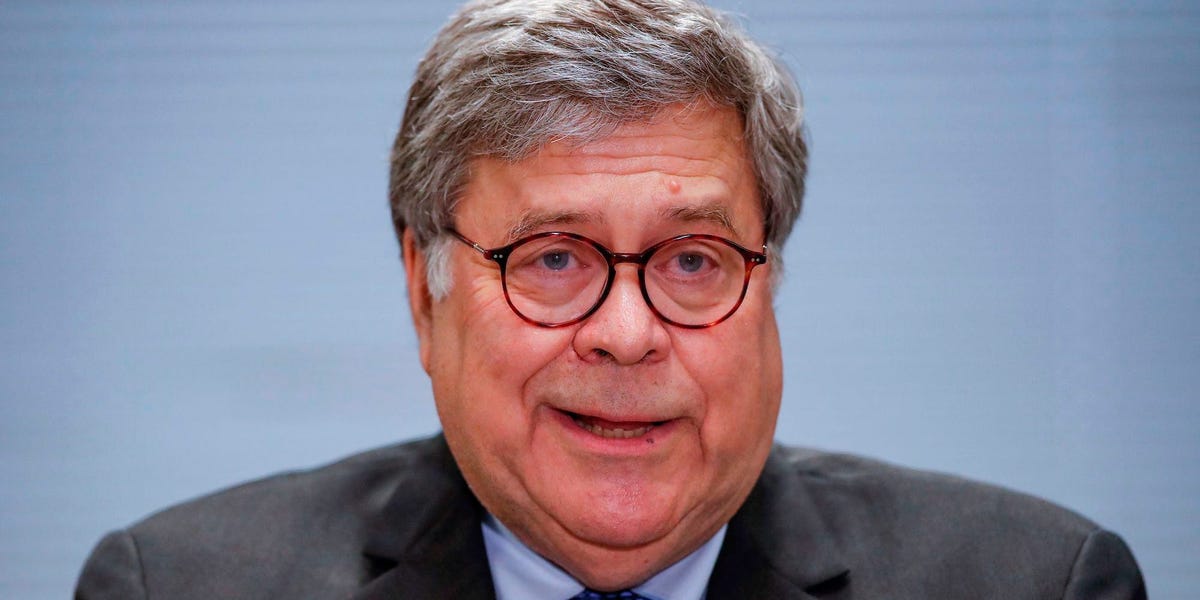 Attorney General Bill Barr likened coronavirus lockdowns to slavery at a talk to a private conservative college on Wednesday.

Speaking at at Hillsdale College’s Constitution Day Event, Barr was asked to explain the “constitutional hurdles for forbidding a church from meeting during COVID-19,” according to CNN. Hillsdale College is located in Michigan, but the annual event takes place in Washington, DC.

CNN reported that Barr then launched into a four-minute answer, whereby he said that coronavirus lockdowns were the greatest infringement of rights since slavery.

“You know, putting a national lockdown, stay at home orders, is like house arrest. Other than slavery, which was a different kind of restraint, this is the greatest intrusion on civil liberties in American history,” Barr said, according to the network.

He appeared to be referring to various statewide coronavirus lockdown measures that took place earlier this year, as the US never imposed a nationwide lockdown mandate. While at one point, most Americans were under some sort of public-health order, there were still some parts of the country that never locked down.

Barr added: “Most of the governors do what bureaucrats always do, which is they … defy common sense. They treat free citizens as babies that can’t take responsibility for themselves and others.”

“We have to give business people an opportunity, tell them what the rules are you know the masks, which rule of masks, you had this month … and then let them try to adapt their business to that and you’ll have ingenuity and people will at least have the freedom to try to earn a living,” he added.

You can watch part of his comments here:

Barr’s comments were met with applause at the event, but were widely panned on social media.

On Twitter, Barr was called “delusional,” a “disgrace” and “completely deranged and psychotic,” while users labeled his comments “ridiculous” and “absolutely outrageous.”

Peter Rölle-Dahl, a reporter at Deutsche Welle News, tweeted that Barr’s reference to the “intrusion on civil liberties” appeared to forget the US internment of Japanese-Americans during World War II and treatment of Native Americans.

The Justice Department did not immediately respond to Business Insider’s request for comment on Barr’s remarks.

This new AI standing desk can make you more en...

Lual Mayen and Leo Olebe: You can't be what yo...