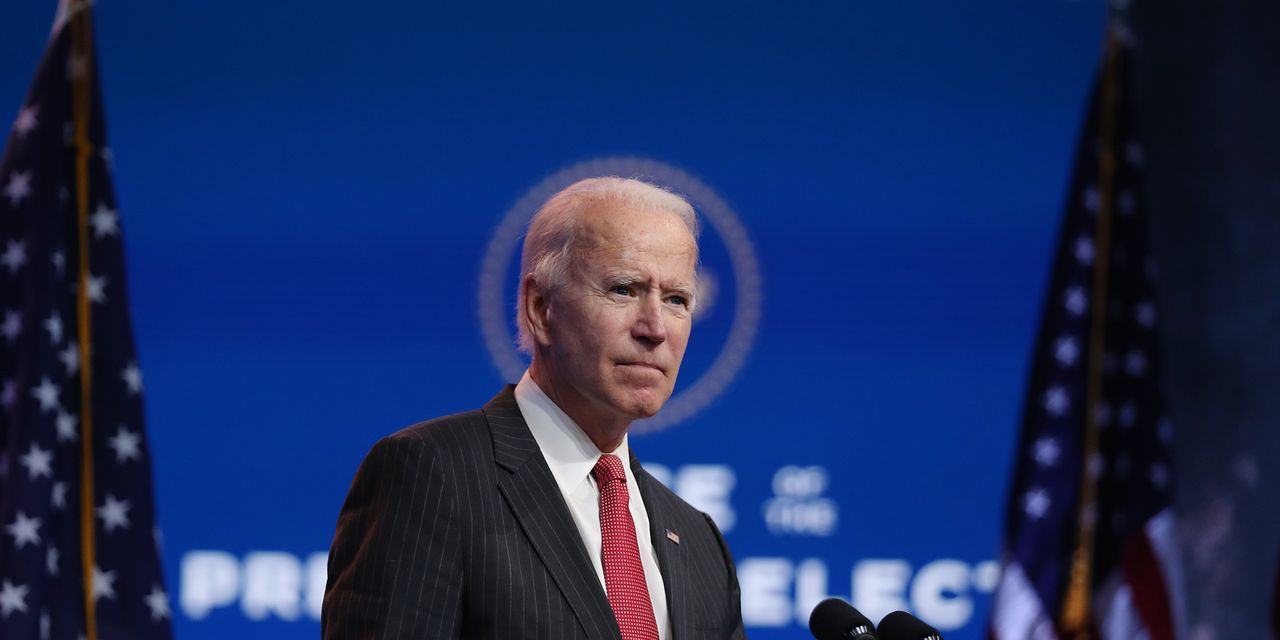 During the past four years, the Trump administration has
significantly scaled back the activities of the Consumer Financial Protection
Bureau, the agency created in the wake of the 2008 financial crisis that was
meant to shield Americans from potential wrongdoing on the part of the
country’s largest financial firms.

But thanks to a recent decision by the Supreme Court,
regulatory experts expect the CFPB to be much more aggressive over the next
four years.

That Biden has this opportunity at all, though, is ironic,
said Prentiss Cox, a law professor at the University of Minnesota. “Biden’s
authority to appoint a new CFPB director is courtesy of the industry lawsuit
challenging the authority of the agency,” Cox said.

Earlier this year, the Supreme Court ruled that the CFPB’s structure was unconstitutional, granting President Trump the authority to remove the agency’s director. The plaintiffs in the case had sought to shut down the regulatory body, which was the brainchild of now-Sen. Elizabeth Warren (D., Mass.).

As a result, when Biden takes office in January, he will
have the ability to fire the agency’s current director, Kathy Kraninger, who
was confirmed in December 2018. Consumer advocates argue that under Kraninger —
and before her Mick Mulvaney, who served as acting director of the agency for
the year prior — the CFPB has strayed from its intended mission.

Richard Cordray, who served as CFPB director during the
administration before leaving the role to run for governor of Ohio in 2017,
said the agency has seen a major shift under Trump’s appointees.

“It was a
shift that as a general matter became less aggressive to protect consumers and
more solicitous of the interests of financial institutions,” Cordray told
MarketWatch.

Under Trump, the CFPB has penalized financial firms less

One of the primary ways that the CFPB ensures that consumers
are not being taken advantage of by bad actors is via enforcement actions.

Through these actions, the agency will assert that the
company in question violated financial regulations. In some cases, the CFPB
will levy a fine or order that the company pay restitution to affected
customers.

The CFPB asserts that the agency has continued to pursue
these efforts while Trump has been in office. “The CFPB has worked
tirelessly under Director Kraninger’s leadership to ensure that consumers are
protected in the financial marketplace,” a CFPB spokesperson said. “When harm
has occurred, she has forcefully used the Bureau’s enforcement tool to pursue
bad actors on behalf of consumers.”

That in itself is a shift from her immediate predecessor Mulvaney, according to Cox. “Enforcement actions were more or less stopped under Mulvaney, unless there was some specific momentum to bring one to fruition” such as with the 2018 case against Wells Fargo
WFC,

While Kraninger had resumed enforcement efforts, they looked
much different from how the agency pursued these actions during the Obama
years. Cordray emphasized suing primarily very large institutions and typically
sought large civil penalties plus consumer restitution, experts said.

With Kraninger, “the size of the target went down, you
follow a lot more actions against smaller companies,” Cox said. Additionally,
these cases rarely featured both civil penalties and restitution.

Consumers did get back $777 million in fiscal year 2019 through CFPB enforcement actions and settlements, which was the largest amount in four years, according to The Wall Street Journal. But many of these cases were holdovers from the Obama years that had yet to be settled, and as the Journal noted, the CFPB has filed far fewer cases under Kraninger and Mulvaney than it did under Cordray’s leadership.

Under Biden, the CFPB will be more dogged in going after companies

Consumer advocates argue that sizable civil penalties and restitution are important to ensure that other financial firms don’t engage in predatory behavior.

“You don’t want a company saying that this is just the cost of doing business,” said Ashley Harrington, federal advocacy director and a senior counsel at the Center for Responsible Lending. “That is not deterrence, that is not accountability and that doesn’t make our system fairer or work better for consumers.”

Analysts expect the CFPB under Biden to follow a similar model to what the agency pursued under Obama and Cordray in terms of calling out predatory practices and assessing hefty penalties.

“I would probably expect enforcement to not only be more robust, but also be a bit more aggressive in terms of what types of remedies they’re seeking,” said Leslie Parrish, a senior analyst with the Aite Group and former expert and program manager at the Consumer Financial Protection Bureau. “So not only having fines, but also how much those fines are and are the proceeds directed to making consumers that have been harmed whole?”

Additionally, the Biden administration is expected to revive
fair-lending investigations based on the principle of “disparate impact.” Under
this concept, regulators could use data to see if there are disparities in who
was receiving loans by race or ethnicity, for instance, even if there is no
evidence of outright, explicit discrimination. The Obama administration had
used this principle in its regulatory efforts, but the Trump administration has
backed away from it.

These changes could even lead to a flurry of activity in the coming weeks before the inauguration, multiple experts told MarketWatch. “I think you’re going to see a rash of settlements during the fourth quarter where companies in disputes with the CFPB will just settle,” said Karen Shaw Petrou, co-founder and Managing Partner of Federal Financial Analytics, a consulting firm on regulatory matters for financial services firms.

Beyond pursuing settlements with companies that broke the
law, the CFPB also plays an important role in draft new rules and regulations
regarding financial services. A new CFPB director will be able to leave his or
her mark on the agency by drafting new rules and rolling back the changes
ushered in during the Trump administration.

“All the markets the Bureau deals with, given that there’s
been such neglect under the Trump administration, are going to need to be
reviewed pretty carefully to figure out what old problems persist, with new
problems have arisen, and so forth,” Cordray said.

Here are some of the issues the CFPB is likely to address
under Biden, according to analysts and observers:

Payday lending:
One major reversal the CFPB has made under Trump occurred with payday lending,
also known as small-dollar lending. Last year, the agency gutted a rule drafted
during the Obama administration that required payday lenders to verify a
person’s ability to repay the loan before giving it to them.

Payday loans typically carry very high interest rates, in
many cases well about 100%, and many borrowers end up taking out another loan
to repay the original one. This creates a debt cycle that can be very hard to
break, consumer advocates say. Under Biden, analysts expect the CFPB to revive
the Obama-era rule to introduce more protections for consumers.

Overdraft fees:
Last year, the CFPB published a request for comment regarding the overdraft
rule, which prohibits banks from assessing an overdraft fee for an ATM or
debit-card transaction without first getting the consumer’s consent. The rule
was created by the Federal Reserve Board in 2009, but was place in the CFPB’s
jurisdiction through the Dodd-Frank Act. Some experts believe that Biden may
seek to expand the rule. “It’s not clear whether consumers know or get the
right information to make that opt in or opt out choice,” Parrish said.

Credit reports: During the presidential campaign, the task force formed between Biden and former Democratic presidential candidate Sen. Bernie Sanders of Vermont proposed the creation of a public credit-reporting agency. They suggested this agency would “provide a non-discriminatory credit reporting alternative to the private agencies” and that its use would be required by all federal lending programs, including home lending and student loans.

Such an effort would likely require congressional action, given that the CFPB likely wouldn’t be able to create this credit-reporting agency on its own. But the CFPB could nevertheless take steps to advance this cause.

“They could start to look into the feasibility of this credit reporting agency,” Parrish said. “That’s a really long term type of undertaking that would probably last are beyond four years of an administration, but it could serve to shine a light on some of the issues related to the for-profit credit reporting structure right now.”

Consumer data: Last month, the Bureau issued an advance notice of proposed rulemaking regarding information related to consumer access to financial records. This is the first step in the rulemaking process, suggesting that the CFPB is looking to codify what companies can or cannot do with consumers’ data.

“Cordray put out a statement in 2017, establishing a principle of personal data ownership, but never defining it never or laying out what that really meant in practice,” Petrou said. “It’s still a matter of hot dispute.”

At debate is whether consumers have the right to tell
companies what they can or cannot do with financial transaction data, which could
mean everything from credit-card records to information regarding how people
interact with mobile banking apps. As more of people’s financial lives occur
online, creating standards here is becoming increasingly important. And it’s a
priority shared by Democrats and Republicans.

“If the federal government doesn’t set some rules of the
road, I fear that we might have 50 states having their own versions,” Parrish
said. “That would make it far more difficult for financial institutions and
probably consumers to understand their rights.”