For the last few years, Rovio has really been scraping the bottom of the barrel with its Angry Birds franchise. It would seem the dev has been slapping the property onto just about every casual gaming genre out there, from bubble poppers to match-3 titles, and then right back to bubble poppers, Rovio is clearly out of ideas. This is probably why the company is currently testing Angry Birds Legends in the UK, Sweden, and Finland as we speak. It’s a card-based gacha RPG that stars Angry Birds characters, and since it’s currently in testing in select regions, I’ve gone ahead and sideloaded the APK (v2.0.1) in order to take a closer look.

If you’d like to take a peek at what to expect from Rovio’s upcoming RPG, I’ve recorded a 24-minute gameplay video of Angry Birds Legends, which you can view above.

For the most part, the game plays like any other generic free-to-play card-based RPG on the Play Store. You’ll get to form a team of four heroes, and of course, you’ll have to upgrade them as you advance to ensure that your team can take on your many foes. Once you’re in a match, it will be your job to select your team’s moves from the cards displayed at the bottom of the screen. What’s interesting about this is that the cards you are dealt can be moved and combined (a mechanic clearly borrowed from The Seven Deadly Sins: Grand Cross), which allows for some strategy as you play, but that’s about as good as the game gets. After a few matches, it was clear that Angry Birds Legends is extremely repetitive, and so I grew bored quickly.

On the other hand, I am a fan of how the game is clearly presented. Even as an early access release, Rovio is offering a polished game. The menus aren’t confusing, the screen isn’t littered with buttons, and I wasn’t ever left to wonder how to go about upgrading my characters. Heck, even the forced tutorial was pretty short. So it would seem Rovio has focused on clarity and ease of use, which is a rare sight indeed.

Simple and uncluttered, just the way I like it

As it stands, we don’t yet know how Angry Birds Legends will be monetized, or when it will arrive, though it’s pretty clear the title will land as a free-to-play release with in-app purchases in tow. Since this is a hero collection game, multiple currencies, a stamina system, and gacha draws are indeed in the mix, so I fully expect Rovio to take advantage of these mechanics whenever the game is officially released.

Two currencies and a stamina system

To me, it seems clear that Rovio is out of ideas. Every new release from the studio is simply a clone of better games, and Angry Birds Legends is no different. It plays just like every other card-based RPG, and even though it’s presented in a clear way, the game is still pretty boring. In the end, it’s obvious that money is the driving factor throughout the game’s design, and as usual, fun takes a backseat. I would like to hope that Rovio could correct the ship before Angry Birds Legends is officially released, but I think we all know that’s not going to happen.

This past March (2020), I took a look at Rovio’s upcoming card-based RPG for a spin while it was available in early access in select regions. It would seem Rovio is still testing the game, but it’s now available as a beta release for a wider audience. Sadly it would seem things haven’t improved much over the last few months, and so the game is just as stale as ever, and it’s still not even officially out yet. Honestly, if you’ve played one free-to-play card-based mobile RPG, you’ve played them all, and the Angry Birds skin in this title does little to alleviate that fact. It’s clear Angry Birds Legends is a clone of better games, and as expected, it’s already filled with in-app purchases that range up to $99.99 per item.

Of course, if you’d like to take a look for yourself, you can grab the beta install for Angry Birds Legends at the bottom of the page. 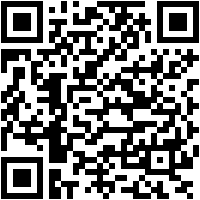