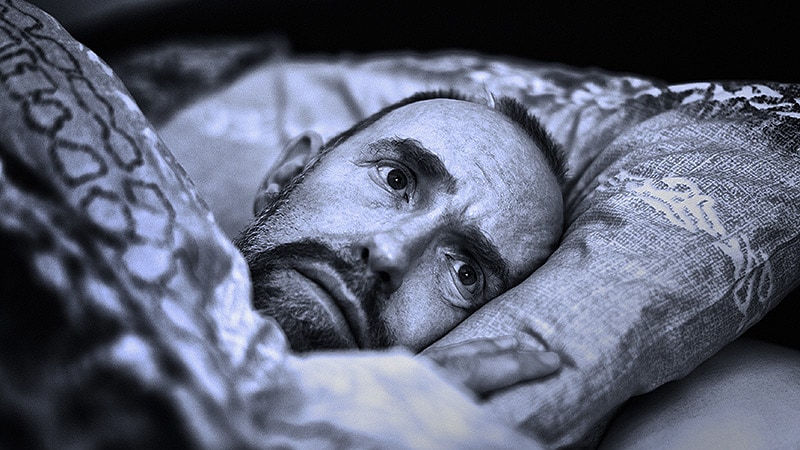 In what researchers describe as “surprising” findings, results from a large study of relatively young military veterans showed those who had nightmares two or more times per week had significantly increased risks of hypertension, myocardial infarction (MI), or other heart problems.

“A diagnosis of PTSD incorporates sleep disturbance as a symptom. Thus, we were surprised to find that nightmares continued to be associated with CVD after controlling not only for PTSD and demographic factors, but also smoking and depression diagnosis,” Christi Ulmer, PhD, assistant professor, Department of Psychiatry and Behavioral Sciences, Duke University Medical Center, Durham, North Carolina, told Medscape Medical News.

The findings were presented at Virtual SLEEP 2020, the 34th annual meeting of the Associated Professional Sleep Societies.

Nearly one third (31%) met criteria for PTSD and 33% self-reported having at least one cardiovascular condition, such as heart problems, hypertension, stroke, and myocardial infarction (MI).

Nightmare frequency and severity was assessed using the Davidson Trauma Scale. Nightmares were considered frequent if they occurred two or more times per week and moderate-to-severe if they were at least moderately distressing.

About 31% of veterans reported having frequent nightmares and 35% reported moderately distressing nightmares over the past week.

“Our cross-sectional findings set the stage for future research examining the possibility that nightmares may confer cardiovascular disease risks beyond those conferred by PTSD diagnosis alone,” Ulmer said in a news release.

Ulmer also told Medscape Medical News that because the study was based on self-reported data, the findings are “very preliminary.”

She added that more research is needed to uncover mechanisms explaining these associations and determine if reducing the frequency and severity of nightmares can lead to improved cardiovascular health.

Reached for comment, Rajkumar (Raj) Dasgupta, MD, University of Southern California Keck School of Medicine, Los Angeles, noted “the correlation between nightmares and heart disease is a timely topic right now with COVID-19 as more people may be having nightmares.”

“If a patient mentions nightmares, I do think it’s important not to just glaze over it, but to talk more about it and document it in the patient record, especially in patients with cardiovascular disease, atrial fibrillation, diabetes, and hypertension,” said Dasgupta, who wasn’t involved in the study.

The research was supported by the VISN 6 Mental Illness Research, Education and Clinical Center (MIRECC) and the Department of Veterans Affairs HSR&D ADAPT Center at the Durham VA Health Care System. Ulmer and Dasgupta have disclosed no relevant financial relationships.