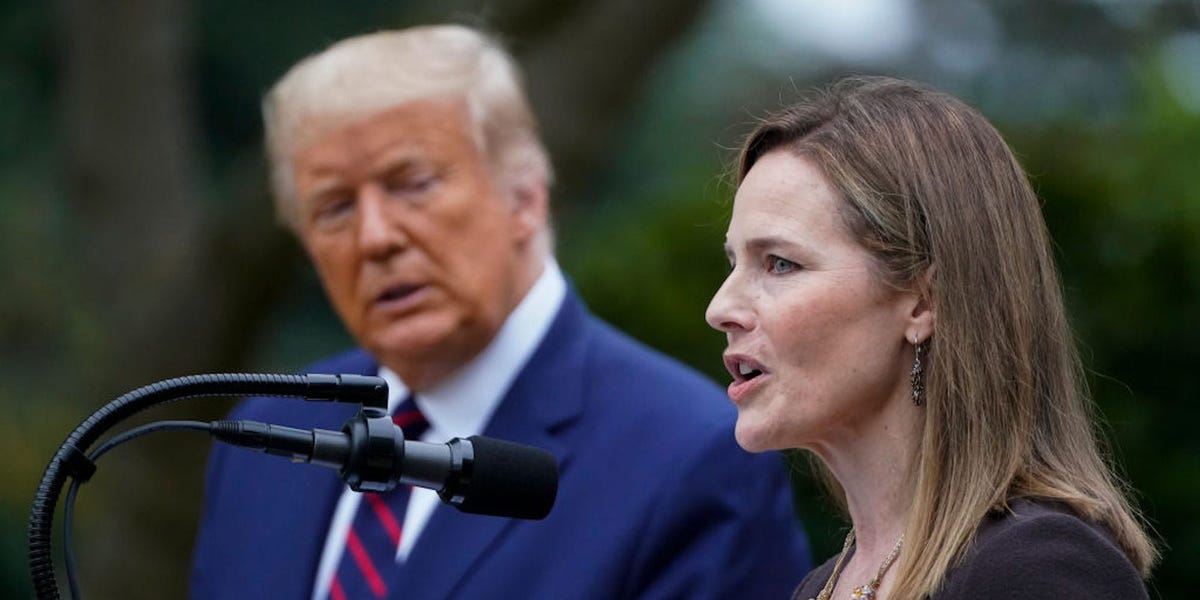 Amy Comey Barrett is set to tell the Senate Judiciary Committee on Monday that courts “should not try” to make policy decisions, according to her opening statement.

“Courts have a vital responsibility to enforce the rule of law, which is critical to a free society. But courts are not designed to solve every problem or right every wrong in our public life,” Barrett says in her statement. “The policy decisions and value judgments of government must be made by the political branches elected by and accountable to the People. The public should not expect courts to do so, and courts should not try.”

“I believe Americans of all backgrounds deserve an independent Supreme Court that interprets our Constitution and laws as they are written. And I believe I can serve my country by playing that role,” Barrett adds.

Barrett’s confirmation hearings for the Supreme Court begin Monday. Republicans are controversially pushing to confirm her prior to Election Day, despite polling that shows a majority of Americans believe the seat Barrett is vying to fill should remain empty until after the election. If confirmed, Barrett would give conservatives a 6-3 majority on the nation’s highest court, and she could potentially play a role in a case challenging the results of the election if it comes to that.

Democrats are poised to press Barrett on issues such as health care and abortion in her confirmation hearings.

Speaking with Politico on the impending confirmation hearings, Senate Minority Leader Chuck Schumer said that health care is the top issue for Americans.

“This is the No. 1 issue that the American people care about. And it is at direct stake with this Supreme Court nominee given her past statements, given the balance on the court,” Schumer said. “Early on, I got together with Pelosi and Biden and that’s what we said: ‘We’re going to focus on that above all.'”

The Supreme Court is set to decide the fate of the Affordable Care Act (Obamacare) after the election, when it hear yet another challenge to the Obama administration’s landmark legislative achievement.

These Silicon Valley donors are spending the m...

This self-heating shirt is the perfect way to ...